The 6 Rules Of Love Relationships And Marriage
Skip to content 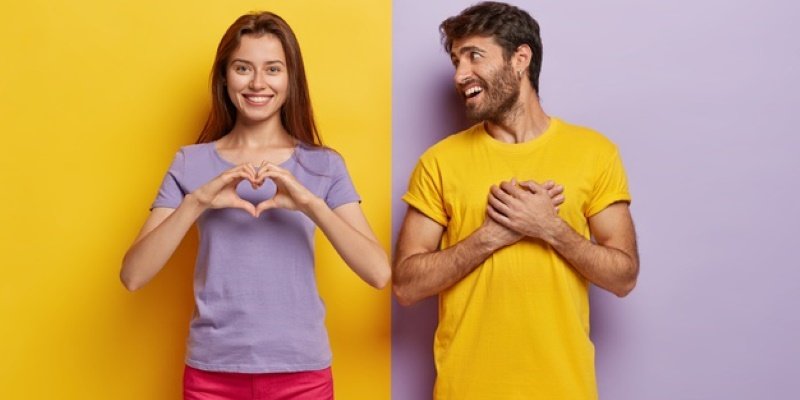 The biggest cause of divorce is choosing to marry the wrong person. Stinging, obvious, blunt but true. What most get hypnotized by is infatuation. Many get blinded by their belief of what love is, and fail to see the potential difficulties and roadblocks that lies ahead of them.

What happens is lust and the glamour of being in love, overtakes their denials and doubt.

Realize that all of the flaws and warts of your new partner, won’t appear until it’s too late.

What many fall in love with is the feeling and the concept of love, and not the person itself.

Women especially know their biological clock is ticking, that all their friends from school are getting hitched, so any guy they attract once they flash their eyelashes, will do.

What they fail to see, ignore, is what the long term future with this person may be like, after they get married.

What To Look For In A Partner

For women, make sure your man has all the credentials, such as a good job, good health, a faithful personality, this before you allow yourself to fall in love.

For men, look at the lovely woman you’re about to marry, and then take a look at her mom. You’ll get a glimpse of what she’ll most likely be like decades later, this by knowing her parent.

Vision what your future life will be like before you say “I Do.”

Never allow any unforeseen tragedies to reveal themselves, this after you marry.

Don’t wait until it’s too late. Realize all their flaws, how they annoy you, the thoughts of spending the rest of your life together with them.

We’re physical animals first. It’s not sustainable long term, and usually poor judgment if you decide to marry someone who you consider to be just “passable.”

That you don’t find them to be physically attractive. The only exception is that it’s not a priority for you.

For instance, some prefer intellect over physical attractiveness.

What’s key however, is that you’d better get it right, or you’ll pay a boring incompatible lifelong steep price if you’re wrong. The general rule is to choose someone who “turns you on.”

Someone who has the look that you like, the body type you like. Compromising too much only leads to disappointment in the future, and possibly extramarital affairs.

2.) – You Can Relate To Them On Anything

What’s crucial is you need to have an airtight emotional connection with your prospective partner, that you’re both on the same wavelength.

Marrying someone who shares your interests during your downtime, becomes key. Sharing a hobby is a lot more enjoyable than doing it alone, and it’s binding as well.

So find someone who enjoys your passion for golfing, skiing, or jogging, etc.

Otherwise, this can result in the nonparticipant partner constantly complaining, that you doing your hobby is taking up too much time away from the relationship, or that it costs too much.

It becomes vital you both share similar goals and values.

The biggest cause of divorce after years of marriage, is because there’s disagreement in the plans and the course of the future.

You need to resolve this before having children, or once the kids have left home, as raising them was the only mutual goal.

3.) – Know Their Past Relationship History

Everyone deserves a fresh start, and everyone has skeletons hiding in their closet.

Make sure you find out about your partners history.

Decide if there are any outstanding “red flags,” the ones that could potentially lead towards the destruction of the marriage.

Pay specific attention, to whether they’ve demonstrated the ability to sustain a long-term relationship in the past.

Determine what the issues were, if there’s a distinct pattern. Know if infidelity, addiction, or abuse was a problem.

Never overestimate your ability you can change someone, because you usually can’t. Realize if you’re potentially buying a “turkey” that’s already cooked.

4.) – Someone You Can Talk To Anytime

Find someone who’ll allow you to speak your mind, express your opinion, this especially regarding controversial distressing topics.

All what most can just talk about are the good times, but they’ll clam up once there’s any threat of conflict.

Or they may instinctively go on the offensive or the defensive, this to favorably control the process in their favor.

The biggest problem between couples remains communication, along with refusing to listen, this by becoming selective to what they’re hearing.

Do they admit they were wrong, this once they cause an issue or make a mistake in the relationship.

There are some who are just too fragile, anxious with low self-esteem to admit guilt.

Some are never wrong, will never apologize, while remaining smug and stubborn with a massive ego.

So it’s imperative to choose a “team player,” someone who’s willing to work with you and not against you to solve your mutual relationship issues.

Someone who’s capable of apologizing when they’re wrong, and big enough to say “I’m sorry,” as it remains one of the hardest words to say.

6.) – They Respect Your Family And Friends

You realize any family can have a degree of dysfunction, so you’re willing to deal with them over periods of stress such as the holiday’s.

What’s more important is they like your family without showing prejudice, and you respect theirs.

Potential conflict with their siblings usually isn’t a deal breaker, but realize life will go a lot smoother, and your relationship will remain tighter, if you can all get along, and vice versa.

This will prove important, especially if their family is tightly knit on culture and tradition, and you need to deal with all of their quirkiness.

Never think you’re capable of pulling them away from all their crazy family zaniness and drama, you’ve inherited as relatives.

Before You Say “I Do”

Choosing a mate for life and getting married is a highly subjective process, especially this day and age.

What most will do when entering a relationship is bring their own set of priorities, and will do so with plenty of passion.

It appears that physical attraction is the key, while how emotionally compatible you are creates less conflict.

Make sure you’re on the same page, and you’re both healthy.

It’s important you both value the relationship and enjoy being with one another, above all else.

4 Supplements To Feed Your Brain That Makes You Smarter