The Scientific Reveal A Study On Our Behavior When We Shop 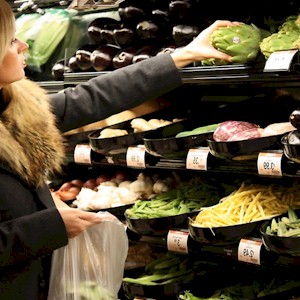 The clinical term is consumer behavior, the reasons why you burn wads of your hard earned cash on the frivolous. The business, the interpretation of shopping behavior. Most likely, the last thing you want is someone telling you about one of your worst habits, compulsive shopping.

This study is all about profits, the reveals on why people buy impulsively. A study of making us spend more cash. Take any grocery store layout for instance, there’s a reason why all basic food staples such as milk are tucked at the far end of the store, a very good reason.

The supermarkets will also deliberately attempt to disorientate you by constantly moving their food items around. They realize that it annoys you while their sales drop, but they do so to bring in and test new stock while removing items which don’t sell.

The display of produce is one of their biggest deliberations. All of the freshest most colorful smelling fruits and vegetables, all perishables, are always the first thing that you see once you enter the store.

This encourages you to fill up your shopping cart with the produce first, this since there’s usually no real decisions made on what order you’ll shop before entering the store.

Consumer Shopping Behavior
Realize that you’re being watched, tracked like a hawk once you first step into a store. This to observe and measure your behavior, this to determine the science of consumer behavior.

There are a variety of methods used to collect this data. The observation of carefully examining what you buy and what sells. The easiest method is from the customer loyalty cards. Their primary function is to track precise data of your purchases.

They’re also able to determine associations and trends, such as if you purchase balsamic vinegar, you’re likely to buy pesto sauce or olive oil. What this collecting of data does is it reveals behavior but not necessarily motive, which needs to be inferred.

Know that you’re constantly spied upon, as the hidden security cameras have a dual purpose. There are also trained observers who lurk while tracking what you buy or steal. They observe your exact movements, your path once you enter the store.

They note what slows you down or makes you stop, what makes you become attracted to certain areas while completely shunning others, and why certain products are inspected while others aren’t.

The Science Of Shopping
Retailers are constantly obsessed with their conversion rates, the number of shoppers who enter their store and then purchase something, how much, and at what times of the day.

They also keenly observe their interception rates, such as how many shoppers ask their staff members questions. Other observations include how long they have to wait for service at the deli counter and especially the checkout stand.

The actual time that’s spent in a store is found to be the single greatest indicator of how much money is spent, so it’s found that slowing shoppers down is a good thing.

But this slowing doesn’t mean confusing signage, blocked aisles, or bad service. It’s known that making the customer wait is the single biggest factor when it comes to dissatisfaction, so it’s important to keep it at a minimum.

Providing Convenience
Studies have shown that the greatest convenience is proper signage. It’s found that shoppers also enjoy sitting down in their stores, while the music and the aromas can affect their mood and purchases.

There are also individual nuances, as not all shopper enjoy the same things. There are the chronic shopaholics, the experiential or adventurous shoppers, the bargain hunters, and those who don’t care about the price.

There are also the demographic differences, such as the shoppers being group by their appearance, how they dress, their age, and gender.

The Demographics Of Shopping Behavior
This is where the speculation usually starts. What’s known is that females will generally spend more time shopping than men will. They’re also more aware, selective, patient, and inquisitive when in the stores.

Men it appears will move directly to what they want, look around less, and are less inclined to ask questions. Most men appear to care less about the price, while appearing more anxious to pay and get out of the store.

Men are known to inhibit women shoppers. The women who are accompanied by men will generally spend half the time than if they’re by themselves or accompanied by other women. Women will always talk, consult, advise, and suggest with each other, while men just don’t care.

Women treat shopping as a social experience, and will find going to the store to be relaxing, rejuvenating. Men instead are traditionally gatherers, they just want to buy and get the heck out.

Men need more of a clear objective such as a shopping list, while also needing to know precisely what they’re looking for, such as what brand, size, color, or style. They also need to know where to go, and how much to pay.

The Behaviors Of Shopping
There are also the bad pathologies which are associated with shopping, such as the various compulsions and addictions, such as shoplifting when there’s no reason or need to. There’s a large number of usually women who are afflicted by this.

It’s found that people need to shop to confirm their identity. You are what you eat and what you wear, etc. There’s a need to find external symbols of identity which are missing from their internal needs, this to restore a sense of belonging.

What’s studied is the concept of retail therapy. It’s found that the chronic shoppers are actually profoundly unhappy, and are attempting to buy relief, when compulsively buying things they don’t need, becoming shopaholics.

Why Are All Those Successful People In Life So Darn Lucky

The Start Line On Learning How To Jog Without Getting Injured