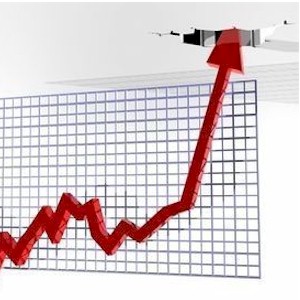 When trading the financial markets, price and volume should always be considered as one of the most important technical indicators, this when it comes to the price movement of a particular financial instrument.

Whenever there’s a movement in price, it’s usually because of an increase or a decrease in volume which acts as a major precursor for a potential, and at times significant price movement. This once all of the variables and the nuances of that particular market and instrument are understood.

For all of the major stock exchange in the world, be it Wall Street, London or Tokyo, it’s known that billions of shares are traded on a daily basis, which represents trillions of dollars that’s exchanged.

What this action of massive buying and selling represents is volume, which is the result when there’s an exchange of a stock or a commodity between the buyer and the seller. Volume, as a result is considered the prime influence when it comes to the movement of any financial market entity during a framed amount of time.

The Volatile Movement Of Financial Instruments
If there happens to be more buying during a certain time than there’s selling of a particular stock, then that action usually results in a rise in price for that particular instrument, which is classic supply and demand.

Likewise, if there’s more selling then buying, then the share price is more than likely to fall in value. What this does is it makes the study of volume an extremely valuable indicator when it comes to determining if “ABC” stock is either in demand and more than likely to increase in share value, this sooner than later.

What most aspiring stock traders will do is practice a method of stock trading which is known as momentum trading. This is when a trader will attempt to capitalize by identifying the stocks which are fluctuating in a particular given price range for a targeted length of time.

What’s then likely to happen, this based on pure speculation, is that it will have a sudden move either on the upside or the downside out of that particular range.

Volume Accelerates Stock Values
What’s also considered important is the volume itself, as it’s known that just sheer volume can act as an accelerator for stock value movement.

For instance, this is similar to a space shuttle when it’s first launched into orbit, it’s known that the majority of its fuel is burnt just to get it off the ground and into space. The extreme explosive force of energy that’s needed to propel the spaceship out of the earth’s atmosphere and into space requires substantial reserves of fuel.

What this leaves is the space shuttle just a small amount of fuel which remains in its tank to carry out the rest of its mission. What volume is to stocks, is what rocket fuel is to the space shuttle.

Knowing The Volume Patterns
The average movement is usually around 150% percent of its normal volume, but what’s also important is to be familiar with a certain stock’s particular nuances when it comes to volume patterns.

One particular stock, for instance, can typically move on average in force around 20 to 25% percent in volume spike, while other lesser known small-cap stocks might jump 120% percent or more.

What studying price and volume relationships also reveals is a condition which is known as “climatic volume,” where experienced traders are able to predict a complete reversal in a given trend.

Once a particular stock has had a strong advance, or begins to go into decline, that’s where climatic volume can occur. What the operative phrase for this is a strong advance or a strong decline.

Anticipating A Trend Reversal
After an explosive move, which is usually the result of a volume spike, climatic volume then results once the stock enters into the last stages of that particular advance, and as a result, the price can move sharply as the last gasp of its trend.

Once this point is reached, all of the buying and the selling has exhausted itself, and the stock price move has then most likely reached its peak, where volume is then considered climatic.

The indicator of this is when it exceeds approximately two times the average daily volume over the past eight to ten days. Once it reaches these volume levels, then the price will almost go parabolic, this without any noticeable pull back.

Identifying Price Volume
What the most experienced of these traders are able to spot are the “Rising or Declining Wedge” or “Bump and Run The Top” patterns, while gauging these climatic volume spikes allowing them to exit their positions, while also recognizing spot trend reversals, which gets them in at the beginning of a potentially new trend.

The study of the relationship which exists between price and volume can give the technical trader the confirmation that they need to get in on all of the potentially explosive moves, while also serving as an indicator as to when to exit the trade.

What it also indicates is that there’s a new trend in transition which they can exploit profitably. Volume should be considered as one of the most important indicators when it comes to price movement of any financial instrument.

Tracking this for investors and speculators can potentially lead towards substantial gains, this for those who bother to take the time to understand the particular distinctions which exists between price and volume.