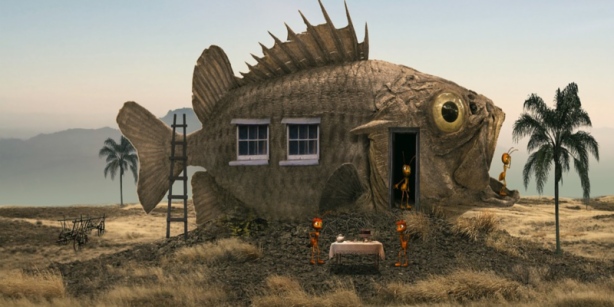 Some claim that horoscope is pure bunk. But what’s realized are the 12 alignments of the astrological signs, have been a topic of discussion since the dawn of history. This when mankind had no other guidance other than the stars, earth, and the tides for reference.

Today, things aren’t really all that different, most still obey the zodiac. This hopeful not to the extremes of planning their day, what to wear or what to eat, this based on the daily horoscope. What we can agree on, is that astrology has piqued our interest in our life’s destiny.

What we’re well acquainted with are all the nuances of our own signs, saying yup, that’s me. The pros and cons of our distinctions.

So what we’ve just entered is the final cycle of the astrological calendar, which is the moody yet brilliant Pisces, which begins on February 20th to March 20th.

In this case, it’s the symbol of the two opposing fish. So here’s to understanding the Pisces, the odd erratic fishcakes of the world.

Can Become Emotional
The fish are found oversensitive to every emotion. Pisces are at times referred to as the chameleons of the world, this because of their ability to absorb and react to the feelings of others.

As a result, there are emotional swings from extreme highs to incredible lows. There’s no middle ground to anything, it’s strictly “either” “or.” The outcome being extremely giddy or bursting in tears of agony.

Being overly emotional appears like a red flag, but can also be a gift. So when dealing with a Pisces, what you’ll never need to ask is how they’re feeling.

The emotions will stream out, and at times be so raw that there’s no way of mistaking what’s going on. Pisces can make poor poker players.

Are Always Creative
Being creative is comfort. Painting, writing, singing, drawing art behind a studio desk. What’s dreamt is that they’re the next big thing, but the odds are they won’t act on their ability.

Thinking out of the box comes in handy in certain predicaments, whether at work or among friends where a solution is needed. Abstract is everything since black and white is boring.

The dark side of creativity is procrastination by escapism. They’ll create new things and places, just to hide from the real world, this once it gets too hectic. They create great fantasies and believe they’re true.

This could be the reason why they act erratic, aloof. They’ll suddenly stop calling, stop returning emails, have a sudden change of mind or plans, this without discussion or reason.

They can become enigmatic once reality bites, as they’ll shelter themselves by creating their own reality.

Hopelessly Devoted To You
This devotion, the long standing dedication, this whether it be their love interests, or the latest work project, what they’ll do is stick it out until it’s completed, expired.

This because of their overwhelming emotions. What they do is take everything to it’s extremes. They’ll rarely give up, and will do everything they can to get the job done to perfection.

This extravagance extends beyond what they’re driving at, or what’s for dinner. It’s about going that extra mile to please, and knowing that there are no boundaries to making something perfect.

At times, their devotion turns into delusion. They’ll place themselves in situations with ideals and goals which can’t be obtained, such as jobs they’re unqualified for, or feelings which aren’t reciprocated.

What they have however is a strong conviction, a strong belief in themselves and their abilities while giving it their all, which is all that really matters to them.

Ability To Adapt
A water sign is the epitome of being swept, just going with the flow. What’s not needed is that much time or thought to adapt, they just adjust to new things by redirecting their sails.

They’re able to jump right into things and then accept any outcome. Being spontaneous is their nature, as what they don’t need is that much prodding or convincing, as they’ll go along with pretty much anything.

In today’s fast moving society, life can change at a moments notice. What the Pisces is equipped with is the adaptability, which is one of their greatest strengths.

Extremely Intuitive
Some claim that being the last sign in the zodiac collects all the garbage, carrying a bit of each sign with them, making them adaptable to any situation. They’re ruled by their gut feelings.

They use intuition instead of logic in critical situations. What they’re often asked is, “How did you ever know?” They just do, they know things, they just don’t know how.

With intuition comes great power, the ability to connect with people on deeper levels unlike anyone else can. They cut through the fluff and see people for who or what they really are.

This the reason why they’re such good listeners, or a shoulder to cry on. They know exactly what to say and how. At times, they can’t help themselves to do so in most situations.

The Traits Of The Fried Fish
There are other traits of the Pisces, good and bad, but these are the most common, this to belong in the waves of survival.

Each characteristic blends into one another, having a variety of qualities. Pisces enjoy the limelight as being the most versatile, being multifaceted. So when dealing with a Pisces, know the truth will always be revealed.

What will be thrown are the occasional mood swings, or the demand for attention, while being erratic and impulsive. What’s also possible is they revealing your real life fantasies, this instantly right in front of you.

What they instinctively know is exactly what you need, how to fill in the gaps, and this all done for you without question. Once it’s all said and done, no one else can deliver like the Pisces.