Turning Grapes Into Wine Everything You Ever Needed To Know 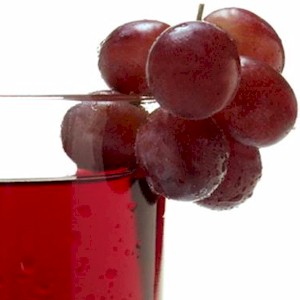 Wine is pretty much a generalized term which refers to the fermentation of different colored grapes, this for the purpose of producing a usually tasty alcoholic beverage which accompanies and blends your meal.

Although it’s thought that red or white grapes are the base for making wine, there are other sources such as rice (sake), barley, and a variety of other fruits like cherry, elderberry, or grapefruit, etc.

But the most popular remains grapes. The majority of casual drinkers also don’t bother paying much attention to the different varieties or methods used, such as the different vinification methods, vintage, and taste.

For those who consider themselves wine aficionados, it’s big serious and expensive business. The taste, variety, and vintage are required to be of the highest of expectations and quality before any serious collector will even consider sniffing, let alone owning a bottle of vino.

Vinification
Vinification refers to the method which the juice of the grape is fermented into wine. The practices which are followed during the fermentation process is what determines the type of wine you end up purchasing.

One of the most common misunderstandings is the color of the grape juice varies, and is what produces the white, red, or rose wines. The actual truth being that every grape will produce a clear juice.

What creates the actual color of the wine is whether the skin of the grape is left during the fermentation process. So the skin when it comes to red wines has been fermented, the whites haven’t, the roses’ are a combination of both.

Taste
The majority of wines are usually described as off-dry, dry, sweet, or fruity. What this refers to is the actual amount of sugar that’s left after the fermentation process is completed. Dry obviously has the least amount while sweet has higher sugar content.

Beyond this, experts have developed a way of classifying wines by the taste and the aromas that they exude. Although considered by many as somewhat bewildering, these tasting experts are able to discern distinct subtle elements of a wine.

Vintage
Vintage refers to the year that the grapes were harvested when the wine was produced. This becomes important since it’s known that grape growers will have exceptionally good harvests during certain years, while other years, not so much.

Also, the best possible grapes are usually singled out for use by a particular wine producers vintage bottles, guaranteed that you’ll get the highest of quality wine from that particular year’s harvest.

It’s known that there are dozens upon dozens of different varieties of red grapes which are found throughout the world. The following are the most popular red varieties, the best which turns grape into wine.

The Outstanding
Pinot Noir
Pinot Noir originates from the Burgundy region of France, but is also found in growing locales such as New Zealand and Tasmania. This variety is generally considered as one of the lightest when it comes to the red grape varieties.

The flavors as well as aromas can vary and are usually reminiscent of strawberries and raspberries, while also having an earthy spicy aroma.

Since there’s a variety of flavors as well as tones which can be produced from Pinot Noir, it becomes important to know what the involvement of a particular variety of wine is.

Although Pinot Noir is usually a low yielding variety, it’s also not required to spend a lot of money towards a nice bottle. What you should know however is knowing what to look for such as recognizing the particular region or vineyard.

Shiraz Syrah
Just as Pinot Gris and Pinot Grigio are essentially the same variety, the same goes for Shiraz and Syrah being the same with the only difference being their origins and styles.

Syrah is known to be much more spicier while being a more elegant and leaner “Old World” type of grape, while its counterpart Shiraz is known to be more fruitier while having an oaky New World flavor.

Syrah has characteristics which ranges from redcurrants to plum with distinct spicy undertones, while Shiraz is found to be richer and a more intense wine which reminds one of cedar, raspberries, and earth.

Both are known to be quite intense in their own right and at times one needs an acquired taste for the appreciation of these stronger more powerful spicy and fruity wines.

Cabernet Sauvignon
Famous in name, Cabernet Sauvignon is a native to the Bordeaux region of France, and since this area is one of the best established of grape growing regions, as a result is considered the ruler of red wines.

This partly due to their thick red skins and its high acidity levels which as a result has created some of the most expensive, oldest, and the most famous red wines available.

Cabernet Sauvignon has an amazing universal appeal and following, offering a variety of distinct flavors and aromas. These tinctures are known to vary anywhere from leathery, mint, chocolate, to fruity such as a hint of plum and cherry, which contributes toward the “full body” effect which this wine is famous for.

Merlot
The merlot grape is also a well known variety of wine, as it often runs neck to neck with Cabernet Sauvignon. This strain is grown all over the world, which includes countries such as the United States and Australia, but has origins in France.

The flavors can be considered anywhere from being lightweight to medium bodied. The flavor of the Merlot tends to be a full plum scent with a squeeze of tannin.

Merlot is also one of the most drinkable varieties available as it’s become an easy favorite with those who are just beginning to get acquired to the various flavors and textures of red wine.

Zinfandel
Although it’s not as big or popular in most parts of the world, it’s certain that Zinfandel has found it’s true calling in the United States and particularly the Napa Valley region, where it’s had enormous success in offering some amazing excellent wines.

Zinfandel when made into wine varies from being light to full bodied on standards such as sweet dessert wines and ports. Most connoisseurs are beginning to notice that Primitivo from Italy and Zinfandel are extremely similar.

The Appreciation For Red Grapes
There is a large variety of excellent red grapes from around the world which were not even mentioned, such as Grenache, Tempranillo, or Pinot Meunier, which turns into excellent red wine.

The wide range of red grapes which are available that are used to produce excellent wines are extensive in nature. Hopefully this flirt of the most popular should enhance the ability for you to be able to understand and appreciate the glass of red blush which you’re currently sipping.

How To Relax Your Beating Heart By Going With The Flow

The Principles Of Yin-Yang As Relative To Modern Day Living