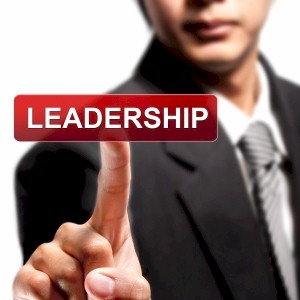 Always place your best foot forward to impress others. There are certain unwritten rules that you need to apply when making that initial good first impression. Most are familiar with the basics, such as dressing appropriately, being conscious of body language, and managing your anxiety.

But it’s realized that making a good impression goes beyond that. This when you’re wanting to get others to like you, to be on your side, get them to see your point of view, to become a better leader at work or at play.

What most need to do is polish up their act a bit. When under pressure, it becomes difficult to manage how we come across, this when it comes to impression management, being able to place our actions in soluble form.

What needs to be realized are the most important points that will be the most advantageous for us, this under different situations, this to assume a leadership role.

Impression Management Skills
What doing so is intended to highlight your best features which showcases your greatest attributes, while covering up the deficiencies. The more that they’re refined, the more that you’ll expand your influence, which then increases your ability to look and perform better.

Impression management becomes important, especially when it comes to situations such as interviewing, or campaigning to keep your job, or to get a raise. You’ll not only get rated higher, but you’ll feel less anxious as well.

There are a series of practical along with emotional benefits when using the appropriate funnels of impression management, which are best suited for the situation.

Always Appear Enthusiastic
When you’re asked to do more work than usual, for instance, the first instinct is to complain, pout, to frown. Do you say that you can’t do it, or become passive aggressive and attempt to sabotage.

If you think that the request is unfair, inconvenient, or too unrealistic, instead of you getting upset about it, learn to prioritize instead, and then do your best without complaining.

Unless the situation is outrageously impossible, assume that it really needs to be done, and your the best person that’s suitable to do it. Coming up with a list of reasons not to do something isn’t a good strategy.

More than likely, you’ll end up doing the request anyways, so save the energy, this since you’ll need to face the consequences. You’ll also just across as a constant complainer.

If you really can’t do the request, then phrase your refusal properly without getting upset about it, giving logical reasons. Then others will become more open to your response.

Always Show Your Respect
Socially, we’ll often communicate with those who we like, who we’re close to since we value their company. You display your gratitude with your gestures or your tone of voice, while constantly expressing your respect.

At work, respect is shown to your coworkers and superiors by listening to them, their ideas or requests. Politely listen without interrupting or criticizing, allowing them to express their viewpoints, their preferences.

Being disrespectful to anyone especially at work, can land you in trouble. Your superiors won’t appreciate you becoming unruly or insensitive towards them, and especially those you work with.

For all your close relationships, even those who annoy or frustrate you, what you should do is continue to put up with them and their demands, keeping your angst and anger to yourself.

Showing respect, even if you don’t mean it at times, is a basic building block for developing character, while building better relationships.

Invite New Ideas
Always be open to the viewpoint of others, even if it’s diametrically opposite of your own. What doing so does is it creates the impression that you’re fair, open, and mature.

When it comes to children, they don’t like it when someone crosses their will. So we allow them to throw their temper tantrums, this since they don’t have the emotional capacity to control themselves. We expect adults however, to see the points of view and opinions of others.

Someone might come up with a completely absurd idea that you know won’t work. You know that it’s idiotic but you play along anyways, allowing fate to take its course.

It you say something immediately, such as “Well that’s a stupid idea” you’ll come off as closed minded, ignorant, or confrontational. You might also miss out on a potential opportunity.

Treat Everything As Positive
Choose to have a pleasant outlook on life, as doing so will also make you more approachable to others. Always wear a pleasant expression but never a constant perma-smile, which just makes you look insincere, flaky, or creepy.

Other than your facial expression, being positive means that you’re cheering for, and supporting others once they do well, while staying away from criticizing or judging.

Always be looking for silver linings, even in dire situations, then you’ll become a reinforcing presence to others as a positive anchor, and they’ll want you around them.

Narcissistic Tendencies It’s Never About You
We all have streaks of narcissism where we want everyone to see our point of view. But those who are constantly focusing on themselves instead of the welfare of others, risk being seen as self-centered, selfish, and unlikable.

Not all narcissists are disliked however. Someone who has narcissistic tendencies but are assertive are usually liked, while those who come across as confrontational usually aren’t.

Those who are assertive can be expressive and dominant, which are the traits of a leader, while those who are overly aggressive, grumpy, and confrontational, usually comes across as arrogant and combative.

It’s found that by always being positive, and if you can temper your narcissism with a go-getter attitude, you’ll then find ways to get your way, while having others to like and respect you.