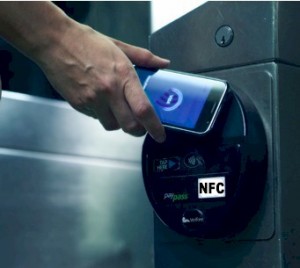 It’s expected that within the next few years, the majority of consumers who own mobile devices such as smartphones and tablet PC’s, will be paying for their goods and services using secure mobile payment methods, regardless of where they are. Specifically using mobile wallets and Near Field Communication (NFC) technology.

This for purchasing anything at retail outlets which offers NFC, or online, according to various reports from mobile technology experts as well as financial and security professionals. For the majority who were surveyed, they all claim that the convenience of use and the expected advancements in security, along with other benefits will eventually overtake the majority of these consumers who are currently skeptical of using mobile wallets as a safe payment method.

Mobile wallets on smartphones are expected to eventually be able to securely store: bank account information, debit and credit card information, personal ID etc., directly on their mobile devices within the next decade.

There are some doubters, however, who feel that the expected adoption of a portable and centralized mobile payment system will be much slower for a couple reasons. First, the ongoing, existing and potentially new and threatening security and privacy issues, and secondly, the preference of some consumers for wanting to pay for the majority of their goods in cash, anonymously.

These are the consumers who are not interested in leaving or creating any type of digital footprint or paper trail whatsoever for a variety of reasons.

There’s also currently a lack of an established infrastructure which still has to be built, which will support the movement over to these mobile platforms, especially once it becomes widespread as expected.

Also, there’s strong resistance from those who currently hold strong financial stakes in the established and existing payment structures which are already in place. They are not interested in giving up their market share.

The Adoption Of Mobile Wallets
The majority of these respondents however do agreed that mobile payment systems are inevitable, and will completely transform within the next handful of years. Most of the consumers by then are fully expected to have been conditioned to use their mobile devices as a viable, secure and reliable payment option.

This would then be close to eliminating the need or use of actual paper money or plastic credit cards, once the consumers begin to completely trust and rely on the technology which is provided by the mobile web. This will include any and all transactions, locally or online.

The trust factor is expected to be slow, but is certain to take place, much like how Paypal was able to cross barriers as a trusted and secure online payment portal.

The Doubters Of NFC Technology
Near-field communication is the technology process which many believe will provide the actual wireless link between mobile wallets and the actual cash register receptacle at the store.

When it comes to NFC however, there are those who think that some of the mobile packing consumers will have a difficult time to completely trust NFC.

They believe that they just won’t willingly be able to accept a wireless “radio communication” digital payment system, where they can pay for goods by simply swiping their smartphone in close proximity to the retailers NFC device.

Those who think that mobile wallets will be a hard sell reason that there will be too many outstanding and new security issues which will continuously arise, which will keep these mobile users away from actively embracing a complete form of wireless payment.

These users are also not interested in providing consumer interest groups, large financial companies, or “big brother” themselves, to learn any more about their particular spending habits.

Mobile Payments Will Eventually Go Mainstream
For the many who predict that mobile wireless payment systems will eventually go mainstream in North America, point out that most consumers in other parts of the world, specifically Asia, are already using a form of mobile payment using their portable devices.

They claim that money, as in hard paper currency, has already been largely digitized. Mobile payments are built around this digitization, but it also comes with additional layers of security as well as convenience for the safety of the consumers.

The Digitization Of Money
The digitization of money for mobile represents a lot more that just the existing processes which are just adapted towards a newer, more portable and secure form factor.

This digitization is viewed more as an opportunity to be able to implement better security measures which are presently lacking in the current financial system.

They’re also offering consumers a lot more control when it comes to their spending, and eventually to reinvent the way that we currently think about what money represents.

The majority who are bullish on this movement believe that it’s now up to those who control the transaction infrastructures to set and activate a timetable for mass deployment which leads towards public adoption.

The Construction Of Mobile Payment
Finally there are those who believe that the eventual adoption of mobile payments may be a tad optimistic, but also believe it will eventually happen.

They also point out what individuals currently carry in their wallets or purses: their personal ID such as their drivers license, payment methods such as cash, debit or credit cards, and other personal identification items. They claim that all of these can easily and will be stored in digital format on their mobile devices.

There’s already been the transition from paper money to debit and credit cards over the past 20 years. The electronic mobile wallet isn’t anything more than just a virtual card, and near-field wireless communication will just replace the current scanning technology which uses a magnetic stripe or microchip.

When credit cards were first introduced decades ago, checks were expected to disappear, but didn’t, nor did paper money itself. The majority of retailers who currently accept cash or plastic will just need to make the transition.

Once another method of payment is introduced to these businesses, such as mobile wallets and NFC, these retailers will have no other option then to just adopt and use this new method of payment, if they want to stay in business.
[ad#co-1]