Using The Seduction Methods Which Forces People To Like You 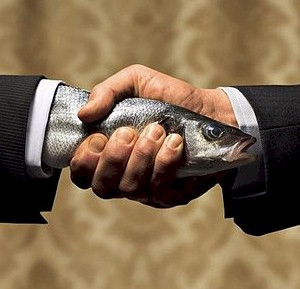 You know who they are, they’re magnetically charming and charismatic, being able to shine at will. They come across as completely genuine under any circumstance, as they have a knack of instantly making you, or a room full of skeptics smile with glee.

When you meet someone for the very first time, and after the formal introductions, “Hello, how are you?” most will just go into limp mode with short choppy replies, and become distant when it comes to small talk.

Those first few minutes can become anxiously prolonged since what your wanting to project is your best first impression, wanting them to like you on contact.

There are steps, however, which you can take to emulate those ultra remarkable, extremely likeable and usually successful people, and copy what they do to break the ice, making themselves be immediately adored.

How To Be Liked By Other People

Avoid The Arrogant Power Stance
Most in business school or even our parents will tell us to stand erect, appear as poised and proud as possible. Make sure that you stand your ground, shoulders in a square military stance, walk forward with purpose, drop the tone in your voice a few octaves, and then shake someone’s hands with a hard firm grip, looking them straight in the eye.

It’s an excellent “textbook” trait to display all of these nonverbal self-confidence measures, this since we’re taught that it’s survival of the fittest. Some will also cross the line and become arrogant, their ego seeping through, in the attempts of establishing how important they are.

But what that does is it makes the meeting appear like it’s all about them, rather than the other person, and they don’t matter as much, which is a complete turnoff.

What this quiet forward move does is it gathers respect in any culture, putting aside any sense of status or self-importance, as they come across as completely genuine.

So the next time that you meet someone, anyone, during a job interview or a blind date, relax, and graciously step and lean slightly forward towards them, tilt your head forward, smile, and show them how honored you are to meet them.

We’re always attracted to those who appear to like us, and then if you or they genuinely display that, then the like becomes instantly mutual.

They’ll Surgically Carve You Socially
Once you meet someone with charisma for the very first time, and then have a conversation for say 15 minutes, you walk away a bit stunned, thinking: “Wow, that was just an awesome conversation.” Then you think of why, and you realize that you didn’t learn a single thing about that person.

The reason is what these extremely polished likeable people are able to do is turn the entire conversation to be about you. They force you to talk about yourself with you ever realizing that it’s happening.

What these master social deception artists are able to do is project their social graces on you, focusing their politeness and genuine interest by placing a spell that’s directed on you. What you then do is instantly like that person for doing so.

It’s also easy for you to do yourself. It’s just a matter of knowing the right questions to ask, by keeping them as open ended as possible, allowing them to be introspective in their descriptions as you ask who, why, and how.

Once you learn a bit about someone, then begin asking how or why they did it. Ask them what they particularly liked or learned, and what you should be doing if you’re ever in the same situation.

What this does is it pays forward recognition and respect by asking the right questions, wanting another person’s opinion. What we’re all looking for is people who respect us, and we like them for it.

They Never Want Anything
You know that very moment when you’re having a great conversation, you’re finding that you have a lot in common with each other, then suddenly they break out the lets “network” card, and obviously want something from you.

That’s the moment the interaction and mood completely changes. So hide that goal orientated, what’s in it for me, hard charging annoying persona. If you need to ask for something, then find a better way which you can somehow help them, and then only ask if you have the opportunity.

The Power Of The Touch
Appropriately touching someone is extremely powerful, as touch is able to influence one’s behavior, increasing compliance, and making the person who’s doing the touching appear a lot friendly and instantly attractive.

But be careful and selective in your touching by just lightly tapping the other persons shoulder or upper arm. Make sure that you make it as natural, nonthreatening, and casual as possible.

Check out how the genuine leaders of the world shake hands. They’ll do a right hand shake while their left hand will always touch the opposite arm. They then combine it with a genuine smile and a slight lean forward.

To try this out yourself, walk up to someone that you know and then lightly touch them on their shoulder as you walk by them. It’s almost guarantee that you’ll come across as more genuine, unless that receiving person absolutely despises being touched.

What touching does is it breaks down barriers while decreasing the perceived distance between you and someone else. This is one of the key components when it comes to liking someone and then being liked back.