Value Of A Smile When Everything Fails Kill Them With Kindness 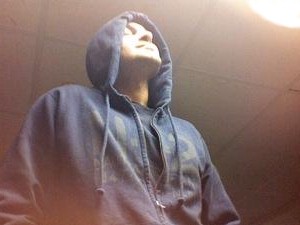 My adage has always been, whenever possible, try to kill them with unconditional Kindness! This seems to have always worked pretty well for me. It will usually throw people off balance and they won’t know exactly what hit them. They won’t know how to react or respond when you just stand there and give them a sucrose sweet smile, while being friendly as possible.

[ad#co-1]
Allow me to give you a real life instance, which was also one of the more scarier moments of my life as well.

It was a blistery cold snow laden Dec 23rd around 11:45PM. I was working in a deli as the clock was slowly ticking towards 12.00AM when the store gratefully closed. Since there were no customers at that time, my coworker and I decided that we could quickly slip out the back door, have a quick cigarette while taking out the trash to the dumpster.

While out back, that’s when we noticed that there was someone who was crouched down in the seat of a pickup truck which was parked directly next to the bin. It was freezing cold out that particular night and we became concerned about that person, so we decided to walk up and tapped on the window. That’s when he suddenly jumped, startled as he got out of his truck. He said that he was waiting for a friend, so we invited him to come inside and grab a coffee to warm up.

As my coworker opened the door and walked in, I then held the door and motioned him to go on inside. That’s when I noticed that he is wearing one of those hoodies with a large kangaroo pocket, and there was something noticeably bulky in it.

Once he grabbed his coffee, that’s when my internal “danger alert” radar began to go off, signalling that potentially there was something wrong because of his bulky defined sweat shirt. That’s when I decided to strike up a friendly conversation with him. Asked if he was beginning to warm up, while offering him some cookies which didn’t sell that day.

During the five or so minutes of small talk, I learned a few things about him, that he was currently out of work and thus unfortunately had a bleak Christmas before him and his two sons. During this time, I kept trying to get a better definition of his hoodie pocket when he wasn’t looking my way.

Once it was midnight, my coworker told him that we were closing for the night and offered him another cup of coffee as well as a bag of day old muffins for his kids. That’s when he began to walk towards the register to pay for his coffee. I told him that it was on the house.

My coworker then opened the front door and motioned him to get out. That’s when he turned to his left and I finally saw what was in his pocket, it was the butt end of a revolver which was slightly poking out. He then began to look a little nervous, indecisive while his hand fumbled in his pocket. I began thinking to myself… oh crap, this is it, we’re going to get robbed. Oh dear god, please don’t let him shoot me over a few lousy dollars in the till.

Now I began to sweat and became a little frantic, and decided to wish him a peaceful and happy Christmas for he and his family, and hoped that the New Year would bring him better luck… yada, yada, yada.

Once he realized I knew he had a gun in his pocket, he then suddenly began to look a little sheepish, he also wished me a Merry Christmas, grabbed the muffins and coffee, hung his head a bit in shame and then walked out the door.

I’ll never forget the look on the gentleman’s face. To me, he was telling me that he just couldn’t bring himself to the point of robbing two people who were nice to him, and were also concerned about his welfare. Total strangers who looked out for him and were kind while taking a few minutes to show concern, making comforting small talk, while setting him up with some much needed nourishment.

Once we locked the doors, we debated whether to call the police and the owners of the deli to let them know what happened. We decided to do so, but then you know what, the police didn’t even bother to show up!

So here we were, two scared to death students standing alone in a dark store at midnight while there was an armed man sitting in the parking lot. The police that particular night however had better things to tend to that evening, and didn’t even bother to do a drive by!

So it’s always important to smile, be friendly and give the benefit of the doubt, even when someone happens to be mean or rude towards you. It’s guaranteed to throw them completely off on a loop while making them rethink their original intentions. You can then always rant and rave about it later when in the safety and comfort of your friends and family.
Blog contribution by Christa Lopez