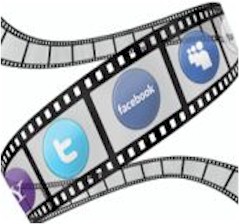 Just a few years ago, the very idea of sharing everything, exposing your photo, name and phone number, allowing others to track your every move as well as you agreeing to actively broadcasting your immediate whereabouts was a scary thought, as well being perhaps a little bit creepy.

But here we are, oh how the times has changed, as we are now willing to virtually reveal ourselves, by sharing and shouting out our exact locations like a road map. There are the socially inspired trailblazing sites such as Gowalla and Foursquare, who has turned where you shop, eat or play into something that you’re proud to display, as well as almost brag about via participating in this thing called social networking. These sites almost make it like a real-life game that will award users who use their services to show and tell their ‘exact’ at the moment activity.

According to several market research firms, these location-based sites and their technologies has spawned their own ad market that’s predicted to increase in revenue from the current $200 million per year up to over $2 billion in a few short years.

Foursquare for example realized an 3500% percent increase in growth in 2010, so it’s extremely easy to understand why there is such sparkling appeal of these geotargeted marketing companies.

Entertainment Based Social Networking
Based on the geotargeting success and blueprint, there is now a new and fresh crop of social inspired check-in type of services. These based on the entertainment industry sector. Sites such as: PlayPhilo, GetGlue and GoMiso, which are all entertainment based specific brands, are looking to capture this ‘Share-All’ with friends based sentiment. In return, they are looking for results based on an immediate word-of-mouth benefits nature, as well as new ad based revenue streams from the user having the ability to be able to tune-in to watch a TV show they are promoting, through a 2nd screen on their device.

Last fall, media TV giant HBO teamed up with GetGlue, which offers an entertainment based social check-in type of service, and has over 750,000 users, to view and then promote the release of their “Boardwalk Empire” TV series. What the HBO network did was they encouraged their users to check in to the site, watch the premiere, promote the show by sharing with their friends, and then earned virtual stickers as a reward for participation.

Social media services such as GetGlue makes it a lot easier for viewers to be able to recommend their favorite entertainment shows to their circle of friends, this according to HBO. The ‘Check-in’ on the GetGlue site is a new generation of word of mouth promotion, which creates valuable as well as earned media impressions for all TV marketers.

GetGlue.com has also worked with other entertainment entities such as: AMC, Fox, Discovery Channel, The Travel Channel, The Food Network and USA. They have all suggested that the greatest benefit for these entertainment networks by using these social check-in sites lies in driving consumers to tune in to their TV programs via word of mouth.

Friends Watch What Friends Watch
When there are a lot of users who ‘Check-in’ and share with their friends that they are currently watching say the latest episode Mad Men, then potentially millions of friends as well as their followers on Twitter and Facebook are reached. These sudden bursts of check-ins drives up the awareness levels of the show, and there are a lot who decide to tune in and watch as a result.

PlayPhilo.com, which is another social inspired ‘Social Media’ based Entertainment portal, gives away rewards to their members provided that they watch certain shows, check in and then interact and share with their friends. PlayPhilo who has worked with entertainment networks such as: MTVN, FX, and BBC America, explained that when their viewing parties and events are promoted on Twitter and Facebook, and when fans tune in to a certain URL and chat, as well as check in, they offer prizes during the event, which instantly increases the viewership of the TV program being promoted.

GoMiso.com, yet another entertainment based social media company, also has a significant following of users. This is another socially inspired site that combines the social nature of watching TV shows and cross feeds it with the various social sites on the Internet. Recently, GoMiso worked together with Oprah Winfrey’s OWN Network, and her reality series called “Your OWN Show,” which is about Oprah searching for the next great TV Star. GoMiso has also previously worked with: The Sundance Channel, Oxygen, WE TV, IFC and NBC News.

These entertainment based social media networking websites are just hitting their stride and exposing the tip of the iceberg. The users “Check-in” to the entertainment that they are currently watching, either from a website, a mobile device, or a device specific app. After they “Check-in,” and once they “Share,” the users will usually receive some type of reward, receive recommendations, or earn rebates or coupons from the entertainment companies, just for telling their friends what TV program they happen to be watching.