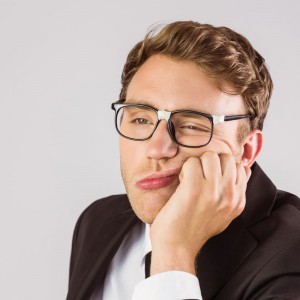 You know and avoid them like the plague, those boring people in your life. Those who smirk at you, or you may unfortunately be shackled to one by marriage. Boring people are around us everywhere in all shapes and sizes. Heck, you might be boring yourself.

A co-worker will repeat senseless anecdotes on and on, and you can’t shut them up. Your in-laws who enjoys nothing more than constantly repeating their dramatic adventures of life on auto-play, you respond sympathetically, only as a cue for them to ramble on.

What makes someone boring however just might be fascinating to someone else. What we all do is “tick” on different interpersonal clocks.

So you need to ask yourself why you’re bored with someone in particular. Do they make you uncomfortable, you don’t like the way they talk, or the way they look.

What Makes Someone Boring
• Negative Ego – The most boring behavior is someone who’s constantly negative while continuously complaining, talking just about their problems, showing complete disinterest in others
• Trivial – Constantly talks about the past or superficial things, interested in just one topic, while repeating the same stories and jokes over and over
• Low Affection – Shows little enthusiasm, speaks in monotone, very little eye contact, behaves and talks in an inexpressive way
• Tediousness – Talks extremely slow, pauses for long periods of time before responding, taking a long time to make their point, while dragging the conversation on
• Too Passive – Having very little to say, never has an opinion, extremely predictable and is likely to agree with whatever everyone else is saying
• Self-preoccupied – Usually just talks about themselves, never asking, caring, or listening about the issues of others
• Too Serious – Coming across as extremely dry and serious, rarely smiles, no sense of humor whatsoever, you’ve never seen them laugh
• Easily Distracted – Will do erratic distracting things which interferes with the conversation, suddenly gets sidetracked far too easily, while constantly engaging in nonsense or gossip

Boring Walks Of Life
Examining how you react is the first step. If one just talks too much, the old man with the big ego, or someone remains mute and just scowls, becomes irritated once their personal lives are questioned.

You want to escape or avoid them, but these “bores” are either your coworkers or in-laws, and there’s no possible way that you can avert them.

Dealing with those who are boring isn’t an issue which is limited to just one-on-one conversations. There are the boring bosses, boring meetings and seminars to attend, boring teachers, and boring family events. You can pick your friends but not your relatives.

Ways To Manage Boredom
So what needs to be adopted are creative ways to fight off these boring people without appearing rude.

For many today, most will just ignore you by they being occupied with their smartphones, this to avoid any type of human contact, which makes them boring themselves.

The key is to find effective ways of keeping yourself motivated, this once you find yourself in the most boring of circumstances.

So what are the best ways to stay alert, appear that you’re interested and interesting, this when you’re in boring situations or stuck with people who are not exciting.

There are ways to manage yourself when it comes to the worst scenarios imaginable, making yourself seemingly appear like you’re paying attention, and that you’re intently interested.

Look For Signs
Find something that is redeeming about that person who’s boring you to death. You might be bored because you just don’t enjoy what that person is talking about, their tone of voice, or their mannerism.

So if all possible, attempt to pay closer attention by actively and actually trying to listen. Make it an effort to find something which intrigues you. Attempt to learn something, anything new that you didn’t know before.

Mentally Escape
What you need is to develop a mental escape plan. What you’ve put forth is your best effort to put up with the boredom of listening to this person.

But you realize that there’s just absolutely no hope of it turning into anything but another drawn out lecture, or another long one sided spiel.

Pay as close attention as possible by allowing your mind to wander off into a more interesting direction, while keeping that “Yes, I’m listening” look, nodding and laughing when appropriate.

The biggest danger of daydreaming is that you might actually miss something that you needed to hear. So what you need is to check back every once in a while before you drift off again.

Motivate Yourself To Be Aware
Develop the discipline to have the motivation of doing boring mundane tasks, this on autopilot. What this requires is being able to stick with certain boring tasks, this by committing to follow up on your promise to do so.

So if your work is extremely mundane, the only benefit being you’re getting paid for it, then learn to keep your mind occupied and interested, this to pass the time away.

Add Your Viewpoint
When listening to someone who perpetually talks and won’t shut up, then look for openings, opportunities to interject to share your own opinions, viewpoints, or observations.

What some will do is drone on endlessly, this because they become mindless and are not accustomed to stop talking on their own. Instead, all you hear is a constant string of “uhh’s,” as they like the sound of their voice and holding the stage.

This also happens when you’re in a meeting, in class, or if someone is lecturing. Never be afraid to interfere and breakup the monotony.

Everyone else along with possibly the speaker may actually appreciate the interruption, that someone is paying attention or actually showing some interest.

Laser Targeting Your Online Marketing Towards The Exact Buyers