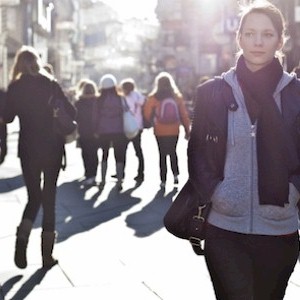 What most want is to be popular, as we’re inherently socially bred animals, that we want to be accepted by our particular peer group of friends. So why are there some who are more popular than others, while others will just fade in the comfort of their shadows.

There are some who are just naturally outbound, the extremely gregarious types who find they have a knack to be constantly socially connected, this without any effort involved. People near and far are attracted to them, as there’s a sense of connection that’s felt.

But for the majority, to become that social butterfly, to be truly integrated and completely accepted by the general social scene or a particular group, takes extended effort.

What’s known however is that there are certain predictable patterns of social success to adopt. To do certain things, which will naturally draw people of your choice to be attracted to you.

Popular People Focus On Quality Over Quantity
Those who are socially connected may have the maximum limit of Facebook friends, along with a multitude of followers, while also being popular on every social media platform available.

While having all these connections isn’t a bad thing, but those who truly succeed socially understands that these acquaintances need to turn into friends somehow, this if they’re wanting to be a part of that persons group.

They Prioritize Real “Face-to-Face” Interactions
Those who are truly and genuinely connected socially, recognizes that maintaining proper relationships does is requires a bit of effort, massaging, and maintenance. One of the best ways is to see and interact with them in person.

While meeting people in real life, live and in person can become time consuming, but doing so is infinitely more valuable than an online or phone interaction.

What’s realized is that there’s an added value that these in-person communications provide, and that’s treating people as people.

They Enjoy Sharing
To feel more socially connected to others, it becomes vital to be appreciated by those around you. In order to be felt with a presence, what’s required is allowing others to know who you are as an individual.

What socially connected people understand is that they need to be transparent, be willing to share bits and pieces of their personal life, certain private information with others.

What this also doesn’t mean is becoming a sociopath, and over-sharing every detail to complete strangers, but making more of your human side a little more vulnerable to those that you want to feel closer to.

They Intently Listen To You
What introverts often struggle with is they’ll have a difficult time feeling socially connected to anyone, being liked or accepted like their fellow extroverted counterparts do.

But, it’s not a given that the most socially extroverted, the most popular person in the room, is also socially connected as well. What they’ll do is garner a lot of attention usually because they demand it.

If these extroverts can’t attract attention, or don’t bother knowing those around them when placing all the focus on themselves, they’ll just be ignored. So what results is everyone around the extrovert won’t feel a connection to them.

What active listening to others does is it just makes them want to be around you more, and you wanting to be around them, feeling a mutual connection.

They Constantly Ask Questions
What socially connected people realize is that, fundamentally, each and every social interaction is all about demonstrating and relaying interest in one another. If you don’t act interested in those around you, you’ll appear aloof, cold, and at times rude.

So the most effective and easiest way, this to demonstrate that you’re dynamic and interesting, is by asking others multitude of questions.

What the most socially successful people who are thoughtful does is ask insightful factual questions, such as, “What type of work do you do?” Or ask more personal questions such as, “How do you like working there?” What these questions do is connect.

They See Beyond Personal Differences
The socially connected person learns more about others around them by understanding where they’re coming from, what their roots are, this by asking pinpoint queries.

Then it becomes inevitable that they notice personal differences between themselves and that person, such as religion, lifestyle choices, as they become exposed.

What socially aware people realize is that nobody and everyone will be and act or look exactly the same. So what they attempt is to build a bridge by not allowing these differences to get in the way.

What they understand is that everyone’s human, and of different breeds, so all they want is to relate in one way or another somehow.

They Invite Rejection
What’s perfectly natural in any social situation is the fear of rejection, this when entering a new social group or meeting, or meeting someone for the first time.

Socially connected people also feel this same fear, but they don’t worry about it. They’ll never dwell in this fear, allowing it to turn into an unproductive rumination that everything could go wrong.

Instead, what they choose is to identify those who they want to know better, and will march bravely towards that relationship, this despite all the fears and rejection that may arise.

There are some who just has a natural outgoing personality, a knack for being friendly and magnetic at all times, while for others, they need to work on it. The process of social acceptance remains a work in progress, needing practice and repetition.