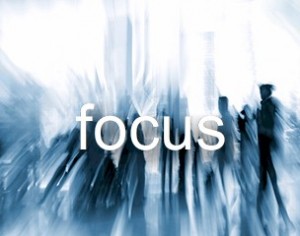 That drive towards Success Avenue is there in front you, within your grasp, you could see, smell, and taste it. So you’re wondering how possible it is to finally cross that line to becoming a flourishing success.

It all comes down to the intangibles, so omit the external forces for now, such as, a big bankroll, having a business and a marketing plan, and that next great groundbreaking idea, and focus rather on whether you have the personal “goods” to make it. True, when it comes to any degree of traditional business success, the keys, it’s generally thought that plenty of capital is required.

What’s also thought that’s needed is a comprehensive and concise business plan with a progressive marketing component. Combine these with a thorough and detailed accounting analysis, break even and profit points, remarkable leadership, and loyal employees. This is the framework.

Each are all important as a package, but there are a few essential traits which the most successful of the entrepreneurs has in common, and what every successful businessperson should possess or develop.

Forever Optimistic In Vision
One undeniable trait that every entrepreneur has is an eternal optimism and the belief that they are right, a quiet confidence which pushes away and keeps any thoughts of self doubt away.

This includes all of the initial personal feelings of self doubt, such as: you’re not smart enough, not dedicated enough, will never be able to adapt, or, although you put forth your best effort, it never seems good enough. Roadblocks to your success.

No Support System
Others scoff at your dreams and vision. All of your friends and family members continuously shoot holes into your various ideas, rather than supporting you.

The reason not because they want to sabotage your dreams or bring you down, but more because they don’t want to see you fail, but then, maybe they do.

It’s on rare occasion that anyone who’s close to you who doesn’t quite share your vision will say, “You know, that’s an excellent idea. Go for it!” The majority of people just don’t think that way.

Most, instead of seeing the upside of things, will usually see all of the potential problems. It’s natural to be negative and play devil’s advocate since it’s an easier path.

Being An Irrational Optimist
You need to commit to being optimistic, but you need to be irrational about it as well. This not because success is stacked up against you, but because being an irrational optimist will generally help you succeed in ways that capital or marketing savvy can’t.

Take any sporting event for instance, where most games, such as a baseball game, where one team always wins, the other has to lose, making it a zero-sum game.

There’s only one team or individual who can win. So because of this, the “superstars” of the team will go into each and every game thinking that they’re the difference. It’s because of them that the team will win. If that mindset isn’t there, then they’ve lost already.

Becoming A Great Entrepreneur
If you continuously listen to all of the naysayers out there, you’ll never begin that new business, or get that idea off the ground, never expand, never work harder, continue to struggle and then give up.

You will never succeed like to know you can or should. If you don’t have the faith and the belief in yourself, your abilities, however irrational they may be, you’ll never succeed.

Although just the microscopic trace of self confidence and belief is enough to kick start your success, conversely, just the tiniest bit of self doubt can effectively sabotage your chances of success.

Being a successful entrepreneur or a winning professional athlete has its similarities. When it comes to the most successful of these athletes, the elite, it always comes down to how they approach the game and competition.

To be able to perform at your peak, what you need to do is teach and then train yourself to believe, with absolute intensity and conviction that you can do it, which goes far beyond any logical justification.

None of these topnotch performers has ever lacked this capacity when it comes to irrational optimism. No successful athlete has ever played to their ultimate potential, without having the ability to remove any bit of doubt from their minds.

Think Like A Winner
This same train of though goes for all successful entrepreneurs. Always be thinking, think logical and smart, be as calculating and rational as possible, never fall back or stop trying to improve on your skills and talents. These are the most important steps of being irrationally optimistic.

Having a strong undeniable belief in yourself under any conditions and setbacks, will elevate you to areas of success which no business plan ever can.

But also keep in mind that absolute self-belief is irrational and difficult to do consistently. But that’s the secret to their success when it comes to these high level, high performance athletes who always seems to come through in the clutch.

Any great athlete or successful Entrepreneur will completely push aside any self doubt and disbelief, and will just go for it.