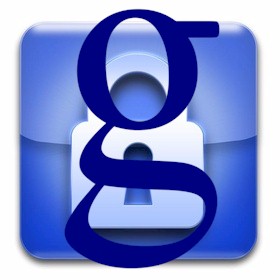 Google Inc is about to introduce a new “single privacy policy” which replaces close to sixty of their separate documents. This covers all of their various products, services and accounts which they currently offer. So this would include all of the various Google Services such as, Gmail, Google+, Maps, Docs and YouTube etc.

This move is another indication of how Google is integrating and then using their data collection methods from all of their various web based properties. This is viewed as a concerted effort which could potentially make it a lot easier for say online retailers, merchants and marketers to be able to target their ads towards their consumers a lot more precisely across all the various web enabled devices.

Google states that the new privacy policy is actually a lot more readable and easier to understand than their previous ones. They also clearly state that they will never sell any of the information which is extracted from their users to other companies.

Main Privacy Policy Changes
The main change in the policy is focused towards those currently using one or several of Google Accounts. The new privacy policy states that once a user is signed into one of their accounts, they may use the information that you’ve provided to Google from that service and then transfer it to one of Google’s other services across various devices.

So their plan is to treat and combine you as a single user across all of their various products and services, which results in an easier and more intuitive user experience on Google.

Changes For Online Retailers
These new changes which will be made in the privacy policy, and the emphasis placed on combining all user information, was introduced shortly after Google announced that they would begin including postings, photos, and other available information from its Google+ social network into the search results.

What this results in is that retailers will now be required to have a bigger online presence on Google+, while expanding their “Circles” on Google+ as well.

Google has never specified however, how or if the new privacy policy would affect the online retailers. In Google’s FAQ section provided for the consumers on their main page, they state that over time, you can expect to eventually see much better search results, ads, as well as other related content tailored to you when you’re using Google or any of their services.

So what all this equates to is that Google and their new policy reflects their desire to bind together all of their various web access points and services which is used by the consumers, so they can ultimately better target their ads.

What It Means For Users Of Google
For instance, a consumer logs into Google Accounts and searches for “High Definition LED flat screen TV’s” from his Android Tablet, and then decides to visit a few product reviews and rating sites while out on the road.

Once he returns home, the user then goes online using his desktop computer while still being logged into Google. Google, with the latest information that they’ve collected during the day, could use that data to show him the exact targeted ads for LED HDTVs as well as other related consumer electronics.

So the biggest impact that the new policy has from a retailers perspective is that it gives Google the ability to pinpoint targeted ads across as many devices as possible that the consumer uses. This information is derived from all of the combined data that’s collected from the various Google services which was used.

Consumers as a result will begin to see a lot more relevant ads across all their Web connected devices, which gives marketers the opportunity to be able to target and place their ads strategically throughout Google.