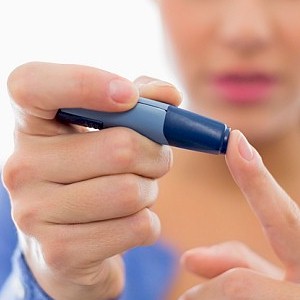 Diabetes has now become one of the most common diseases in North America. It’s caused by the mismanagement of carbohydrate metabolism inside the body. The symptoms include excessive hunger and thirst, excessive weight loss, blurred vision, wounds healing slowly, and chronic fatigue.

When it comes to its treatment, the main concern is the control of one’s blood sugar, as that’s thought to be the primary cause. So once you properly manage your sugar intake, doing so remains the best natural treatment.

The most common way of reducing the complications of diabetes is by just shifting towards and adopting a low sugar diet, which includes plenty of fruits and vegetables, natural sugar sources, and an increase in exercise.

The Surge Of Diabetes
Over a century ago, it was estimated that there were just around 3 cases per every 100,000 of the general population who were diabetic. This then rose to around 30 cases per 100K by 1950.

Today, Type II diabetes has affected more that 20% percent of the population, the main cause being attributed to the direct re-engineering of the natural food supply, producing poor value products.

What’s been removed are certain essential nutrients from the foods, this for the sole purpose of extending its shelf life. So the increase in diabetes is a directly result of how food began to get manufactured, as well as our poor eating habits.

The Definition Of Diabetes
The term diabetes refers to the inability of the body to be able to process sugars properly. Once we eat or drink, what our pancreas naturally produces is a hormone known as insulin.

This insulin is released into the bloodstream, helping to regulate the amount of glucose in the blood. Diabetes becomes a condition once this process doesn’t function properly.

The reason diabetes occurs is because there’s no insulin that’s being produced, which is known as Type 1 Diabetes, which as a result requires insulin injections.

If the insulin is produced by the body but it becomes resistant to it, rendering the insulin ineffective, this is known as Type 2 Diabetes, and this form is rapidly becoming an epidemic.

Long Term Effects Of Diabetes
Although the danger of diabetes isn’t a life threatening condition, the long term effects of having high levels of blood sugar can have an effect on one’s health, this especially if the diabetes remains uncontrolled.

What prolonged levels of blood sugar can do as one ages, is potentially cause problems to the major organs of the body, such as the kidneys, heart, eyes, and nervous system failure.

Controlling this blood sugar can be done by a combination of medication, a better diet and consistent exercise, which are the best known ways of reducing the long term symptoms and its complications.

Research has shown that there’s close to 5 out of every 100 people who may have stages of diabetes, but aren’t aware that they even have it. Most are not aware because the symptoms are difficult to detect.

Do You Have Diabetes
The best way to find out if you have diabetes is by simply doing a blood level sugar check with your doctor or pharmacy. It can now also be done at home. Just a tiny sample of blood, this obtained by just pricking a finger is all that’s needed.

Normal blood sugar levels are generally anywhere between 72 – 126 mg/dl or 4 – 7 mmol/l (where 1 mmol/l = 18mg/dl). If the blood sugar level isn’t within these limits, then diabetes can be diagnosed.

Diagnosis can often occur out of the blue from just routine blood work or a medical exam, but more often, most will begin experiencing the symptoms beforehand. These symptoms can be mild to severe, this depending on the individual.

The Most Common Symptoms Of Diabetes

• Loss Of Weight – Glucose is a form of sugar which is the body’s main source of energy. Since diabetics can’t process glucose properly, what it’ll do is pass it into the urine directly, and be flushed out of the body.

What the lack of this energy source means is that the body’s tissues and muscles begins to break down, this to produce the energy that it needs, which results in weight loss.

• Constantly Being Thirsty – Often, regardless of how much liquid you drink, your mouth will still feel dry. The problem can compound before diabetes is diagnosed, because larger amounts of sugary drinks are often consumed to accommodate the thirst.

What this does is it just contributes to increasing the blood sugar levels, which then leads to increased thirst.

• Urinating To Often – Diabetic sufferers will need to urinate more often passing larger volumes over time. As a result, what’s often disrupted is one’s sleep, this since they’ll constantly wake up to go to the bathroom during the night.

What’s commonly thought is that this frequency is caused by the increase in thirst, leading to the increased bathroom trips.

Higher sugar levels in the bloodstream also spills over into the urine, which makes it syrupy. To counteract this, water is then drawn from the body, which causes further dehydration and increased thirst.

Know The Symptoms
If you’re experiencing any of these symptoms, it doesn’t necessarily mean that you’re a diabetic, but it’s advised that you visit your health practitioner. If you’re diagnosed with diabetes, then there’s no reason to panic.

It can be a shock to some, but what’s needed are some immediate changes in your lifestyle. While it may be incurable at the moment, it can be treated so the long term complications are reduced.

By knowing what diabetes is and then recognizing it’s symptoms early, what you can prevent is it building up within you. So start monitoring your health, begin by reducing your sugar intake. As the saying goes, prevention is better than finding a cure.