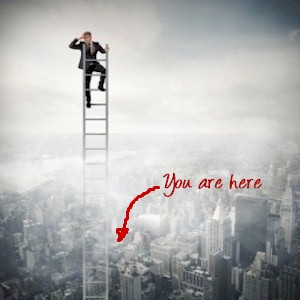 Those powerful people among us, we see them in the media, they could be our boss or a relative. These are those who has stepped across the dividing line and become powerfully successful people, and their bank account and how they carry themselves proves it.

What’s found is that these powerful people aren’t like us in their habits, as they’re accustomed to doing things a little differently. It takes determination to step beyond comfort. Most individuals are reactive in nature, while those who are powerful are proactive.

The majority of us are content, comfortable to just solving or avoiding problems which confronts us. So as a result, we’ll carry on with our lives and seldom feel a sense of achievement that the mighty reach. The worst is that we’ll barely get through life, get old, but not grow and mature.

Facing difficult situations and then overcoming them is one of the keys on how we can change. There are a collection of actions that the majority of powerful people will take consistently, a guide for anyone who wants to achieve more.

They Wake Up Early
Those who exceed are all early risers. Getting up early is the theme for all those who are powerful, as is getting up at the same time every day, which is an act of power itself.

What they’re doing is demonstrating their power by turning their dreams into reality, while empowering their daily intent, raging power over will, stepping into the new day before everyone else does, getting a head start.

Getting up early offers a host of benefits. Some will use it as a time to exercise, meditate, and get to their “To-Do” tasks early, this before the hectic workday begins.

Waking up early also doesn’t mean that they’re getting less sleep. To wake early, they’ll just get to bed earlier, thus getting their the required nightly sleep. Just doing so is considered an act of empowerment.

They “Ask” For Things
No one’s going to give you anything. So if you don’t ask for whatever it is you want, then you most likely won’t get it. Those who are powerful succeed because they’ll ask for what they want, every time.

What successful people do is learn this brutal fact of how life works, and it’s asking for what they want. Others just don’t know or give a damn what you want, as all they care about is themselves first.

You’re the only person who knows exactly what you want right now. You are the only one on this planet that should be asking for what you’re wanting, and don’t expect anyone else to know.

Once you clearly know what you want, then dismiss your ego and your pride and just ask for it. Become bold and be direct while making your requests specific. Be persistent, learn to accept “no,” then don’t be afraid to ask again.

The reason why most fail is because they’ve asked for something, just once, and it wasn’t given to them. Since they live their lives with the fear of rejection, they’ll never ask again.

The Stones To Say “No”
Saying “no” when it’s warranted is a power move. It doesn’t matter how you say it, or what you happen to say no to, or the reason why. Just that you’re able to say no, gives you authority.

One of the greatest power moves that you have when negotiating is the word “no.” It’s short sweet and to the point. No, can dictate and make sweeping radical changes in your personal and professional life.

Saying no protects you from the extraneous and the obnoxious, fend off negative people, or from activities which wastes time. Your productivity will improve.

So never be afraid to say no to anyone. Once you say no to anything that’s unkind, hurtful, or discouraging, doing so gives you power.

Read Instead Of Watch
The most wealthy of individuals aren’t glued to their TV or Facebook, wasting their time aimlessly on the Internet for entertainment. Successful people watch less than one hour of TV per day.

What they do instead is focus and improve on the things which makes their lives and business prosper. The fastest way of doing so it’s found is by reading, so that’s their preferred pastime.

What the powerful people love to do is actively read. They will constantly read books or research concise information online. Instead of the latest drama or romance, they read nonfiction or self-improvement books.

They Don’t Care What Anyone Else Thinks
Take a character scan of the most powerful people in the world. They all come from different backgrounds, ethnicity’s, education, religions, all arrived having different persuasions.

One thing that they all have in common is they don’t care what others think of them. This isn’t saying that they’re narcissistic, cold, or rude.

They care about people, but won’t attempt to please their every whim, react to what they want, this regardless of what it is. So live a life which displays empathy, that you genuinely care about the welfare of others, but ultimately, you don’t owe anyone anything.

What’s important however, is having the support of your friends and family, along with a loyal customer base. But beyond that, there’s no reason to cater to or feel the need to comply to the expectations or the cultural morals of others. You’ll fail if you try to please everyone.

So instead, just do what you do the best. Allow the chips to fall, let the critics whine, the pundits pontificate. Who cares what they think. Meanwhile, all you’re doing is empowering yourself, influencing just those who matter.

How To Change Your Angst And Struggles Into Greater Success