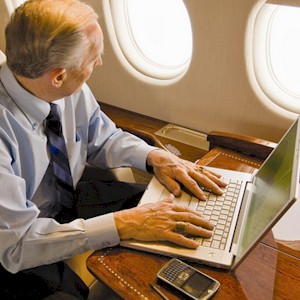 What remains an issue is the absurdly high amounts of income that the top executives of the biggest corporations earn annually in the form of salaries and bonuses. Where is the justification for these enormous astronomical rates of earning.

This issue is a continuous debate among employees, the laborers, the regular tax paying workers because of corporate salary disclosure, whether leaked on the Internet or boldly published, which always becomes a topic because of its enormous inequity.

While these executives, the stalwarts, the captains and leaders of their particular industry, the CEO’s, CFO’s, COO’s of the world, will refer to these gross payments as market competition and equitable settlements when compared to their peers in the same sector.

Everyone is now pretty much aware of the massive pay scale rates of the various types of upper tier executives, this when compared to themselves or the national averages.

Absolutely everyone agrees that the income disparities are far too wide. The argument being that the top executive earners should be receiving less with the revenue distributed more fairly, and the bottom earners of the same corporation should be earning more for better morale sake.

Based on a recent survey, most believed that the highest paid jobs on the globe, such as the nightly News Anchor of a major network, for instance, should be earning closer to the national average, while humanitarian occupations such as nursing, which is considered gods work, should be paid more.

A Limit On How Much Executives Should Earn
So what then is the fair amount that these highly paid executives should be earning to make for a more fair landscape. It’s pretty well known that satisfaction with pay is about comparatives and not necessarily absolutes.

It’s not how much they’re actually being paid which is the issue, but how comparable their salaries are when compared to their peers, their comparison group of other executives in the same industry. The question remains, why base it on that standard.

Their salaries are usually based on both internal as well as external comparators. All of the executives obviously prefer the latter, but it’s not what the observers or the employees agree with.

There has been calls for the implication of a policy which rules that the top positions of any corporation should never be paid more than say for example, 20 times more that what the bottom paying job within the same organization gets paid.

The ratio right now is that the lowest rung worker earns $22k a year, while the CEO earns $1.5m. This should be a point of embarrassment to the executives of the board, when attempting to justify how one job, one position, is paid so much more than the other.

These top executives naturally prefer social comparisons, as they point out that John, the top executive from the “Big Profit Finance Company,” who’s a direct competitor and peer of theirs, earns more than he does.

Also, these executives argue that we’re now living in a singular global economic market, and if they’re not wanting to pay the international market rates for a CEO, then there will be a mass movement of executive talent fleeing to other countries.

But know that these “social” comparisons are derived based on the richest countries in the world, such as resource abundant Abu Dhabi, and not the third world countries who wouldn’t stand for this type of greed.

How Executive Pay Is Determined
So one needs to ask how this pay scale is determined. What are the exact parameters which are being used. Is it a remuneration committee within the corporation, or are they arbitrated by financial consultancy firms. So what’s the exact algorithm.

One thing that’s known for certain is how difficult of a task it is to measure any type of performance. Which metric would be used: time, quantity, quality, employee or customer feedback.

Linking pay directly to the price of the shares can also pose serious and at times unfortunate consequences, as there are clever seasoned CEOs who are known to sell properties, fire mid management, etc., just to justify their income and look better on paper in the short term, which usually creates poor consequences later.

The Payment Of Salary
Another issue is what exact form should this money be paid out, be taken. Should it be in a form of a salary, a big whopping bonus check, or shares. What about deferred salary.

What about all of the the perks that they receive: the house or the cottage on the lake, the use of the jet, the company car. What should be considered as part of the entire salary package. The biggest debate appears to be regarding the usually huge “end of the year” bonuses which increases their often short term approach to management behavior.

The paradox of all this is that these bonuses will often make the social comparisons a lot more digestible because of the natural boastfulness and ego stroking of these individuals.

The Case For Executive Pay Not Being Disclosed
Should these massive salaries that the executives earn be kept under wraps, should they be kept a secret and confidential, and not disclosed for public consumption.

While members of the executive board are usually able to hide their lofty salaries and keep them disclosed, it’s usually the top CEO’s salary which are always published, and then it trickles from there based on assumption.

But because of the Internet, the days of salary disclosure are pretty much over forever, as there are sites which are dedicated to exclusively exposing these incomes. We all know what happens once the genie is out of the bottle.

What we all want, all that we the people want is the distribution of the pay to be more equitable, fair, determined, defined, transparent, and linked to some reasoning and outcome measures. But achieving that is proving impossible.