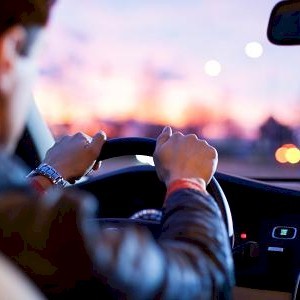 What’s usually associated with those who are introverted, is that they must be sensitive. You know the type, the ones who cry often and easily. What’s known for certain is that these particular personality types, have the built in capacity to reflect deeper in thought.

They have inherent more meaningful conversations, while needing more personal downtime and space for self reflection. What may not be that surprising is that it’s estimated around 75% percent of those who are sensitive are also considered introverts.

So the other 25% percent must be extroverted right? What this creates is a division of confusion, this since most will relate one being introverted or extroverted with the level of one’s sociability.

What highly sensitive people all appear to have in common is that they’ll usually delve into deeper detail when it comes to their issues. The degree of one’s sociability, being an extrovert, is also thought to be heritable. Being sociable however, isn’t usually considered a trait that’s inherited.

Those who are low on the sociability scale are strongly associated with being sensitive and introverted, this because what they avoid is the intense stimulation that’s associated with social interaction.

What they fear and avoid is rejection and social judgment, this stemming from bad experiences from childhood. It’s also known that sensitivity in the population is the more dominant trait.

For Those Who Are Sensitive
Those who are sensitive, what they usually do is adopt a different strategy early in life. For them, being around others isn’t that stimulating or comfortable, and even for the extroverts, everyone needs some downtime on occasion.

It’s found that the sensitive extroverts often grew up in a smaller community, a closed neighborhood, or a sheltered family with limited exposure to others. They’ve generally had good experiences growing up, making them feel secure socially.

Introverted Or Extroverted
Being introverted or extroverted depends on the degree of sociability, which isn’t in itself considered innate. We usually associate certain personality traits and determine that based on how they act. “She’s so talkative” “he’s got such a quick temper” “he’s so funny,” or “she’s so shy.”

What’s been researched is if one’s genetics are behind the behaviors that we observe. The gene variations when it comes to extroversion most likely doesn’t govern social behavior, as much as the tendency is to seek out new stimulation for rewarding experiences.

So because of this, since they’re raised to be social, it becomes possible to be highly sensitive and being extroverted at the same time. The more accurate term for this is highly sensitive sensation seeker.

This combination of personality traits, is compared to being similar to driving a car with one foot on the gas, being an extrovert, while the other foot is still on the brake, being sensitive.

Being extroverted while being highly sensitive appears to be the best blend to be, this to become the most successful in life. These are the natural leaders, being able to clearly express themselves better than those who aren’t sensitive, while their insights are deeper.

For instance, if a highly sensitive extrovert witnesses any type of injustice or hurtful behavior by someone, they’ll react as any other highly sensitive person would, with a strong emotional response.

When among other highly sensitive people, they’re more than likely to find themselves standing on a soapbox voicing their opinion, while attempting to get others to understand the consequences when it comes to the harmful behavior.

What can happen is that someone might accuse them of overreacting or being offsetting. They might then retreat, feel angry, embarrassed, or overexposed. Highly sensitive people are also at times able to see certain issues in the plan of others.

If they remain quiet, they’ll often see things which turns out badly, but if they happen to speak up, they may be viewed as being pessimists, negative, or being too critical. If you’re an extroverted highly sensitive person, then you’re also more than likely to speak up.

A Delicate Balance
With a bit of practice, what all highly sensitive people can learn is to use their sensitivity to know exactly what they’re going to say, with just the right dose of finesse which ensures that their voice along with their perceptions will be heard.

What they’re able to have is an enormous impact when it comes to the causes that they deem worthy of their time or energy. But keep in mind that what they also need is adequate downtime as well.

What’s recommend is plenty of sleep on a nightly basis, along with at least two hours of additional downtime when awake. This can be meditation, working out, being outdoors taking extended walks or jogs, driving alone, or doing routine tasks quietly to reflect.

What doing so does is it allows their mind to rest or wander, to relax, reset, and refocus. They can also take advantage of some personal downtime when stuck in traffic, for instance, while all the distractions are turned off.

The point being, this particularly if you yourself happens to be a highly sensitive extrovert, is that you need to pay close attention towards taking care of yourself first, this since life can throw you curve balls. But know that you’re a special breed of unique personality.