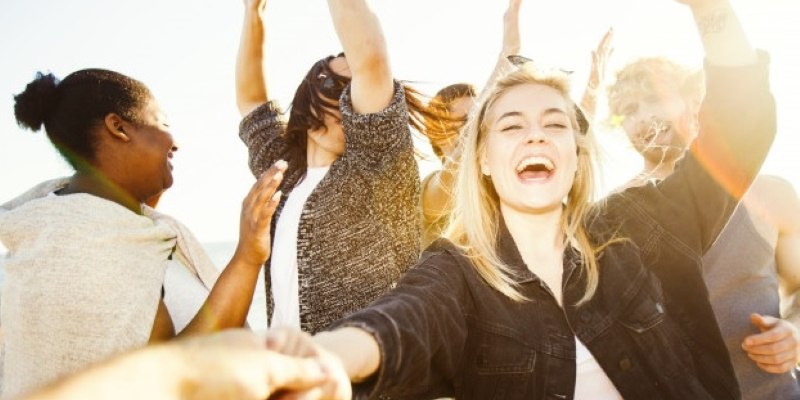 From an early age what we’re taught is physical education, exercising, is just as important as Social Studies or Algebra in school. What the brain and the body does however as we grow older, is usually opposes any type of physical activity.

To set up a life of accomplishment as adults, what we need is to refine a delicate balance in our brains of bodily movement and education, for better living.

What studies show when it comes to physical movement and human health, is it falls into two categories, which reinforces one another.

There are exceptions however when it comes to these outcomes, while proving the rule.

That exercising is beneficial for the body, while sitting or being stagnant isn’t that great.

Fitness is measured in terms of how the body is able to metabolize oxygen.

Oxygen that’s pulled into the lungs and then pumped through the bloodstream, which enters into the cells.

Once the oxygen is there, what it does is fuels the mitochondria within each of the cells, which then produces energy, so the cell can do its predetermined job.

What consistent exercising does is it increases the presence of oxygen in the body, the bloodstream, and the cells.

Exercise Is All About Motion

What exercise does is engages the muscles and everything associated with it.

The cells in the muscles contracts along the length of the muscle itself, then along the skeleton of the body which moves together in unison.

These contractions help pump oxygenated blood throughout the circulatory system, while triggering a need for additional oxygen by deeper breathing, resulting in a stronger pulse.

Exercise primes the respiratory and the circulatory system, while oxygenating the body.

Working out also improves strength, balance, and coordination, while lowering cholesterol and blood pressure, which in turn reduces the risk of obesity and diabetes.

What working out does is provides a general sweeping improvement of cardiovascular health.

Exercising And Overall Stimulation Of The Brain

It was originally thought that the health benefits when exercising, were limited to just improving bodily function.

But because the brain is the most active organ in the body, this thinking has shifted.

It’s now clear that what exercise does is primes the brain cells which enables oxygen, while catalyzing the growth of new brain cells known as the neurogenesis process.

What exercising does is helps in the creation of these new synapses in the brain, known as synaptic plasticity.

The Brain Under Fire

Once the brain cells fire together or more frequently, they become fused together, which creates new “synapses” or connections, this between one neuron to the next neuron.

The instance this firing occurs, there’s an electrical impulse which activates along the branch of the brain cell directly to its tip.

That’s when it morphs into a neurotransmitter, which takes a leap across the gap between one neuron to another. What these synapses represents is something learned or remembered.

In this wiring configuration, the neuron branches don’t actually touch as they don’t fuse together, if one is stagnant.

What connects these neurons is a trace movement which exists as an “affinity” between the neurons, the potential for an impulse from one cell to jump to another.

What we know is that a kinetic image doesn’t exist as a physical structure, but exists only in movement once it’s enabled, this regardless it that movement is a thought, emotion, or action.

The Act Of Physical Activity

What exercising does is increases the release of certain growth factors, this by thickening the axons and dendrites which spurs on the neurons to produce new ones.

So what it does is it boosts the potential of the neurons to pop.

Physical activity operates within the cells throughout the body while producing proteins which travels to the brain, this to support the activity of both growth factors and the neurotransmitters.

Effects On The Brain

Exercise has a profound effect on the human brain because what any type of bodily movement does, is it alerts the brain to activate itself to wake up and think more.

What any type of bodily movement does, is signals the brain there’s work to be done, decisions to be made, opportunities to consider, pleasure to pursue, or that danger is lurking.

Once the body begins to move, it signals the brain to activate itself online, this to do the task or job which exists, guiding conscious participation in the body which performs the act.

There are certain types of bodily movement which are best suited for boosting brain activity, and that’s the aerobic type of movements, which involves simultaneously learning movement patterns.

The more complex that these bodily movements become which requires thinking, results in the complexity of the synaptic connections.

Although these circuits can be created through bodily movement, they can also be recruited by other areas of thinking.

The prefrontal cortex transfers these physical skills to other situations.

Dancing Is The Best Example

Take dancing for instance, and the bodily movement that’s required, which illustrates the significance of doing so.

Dance is the type of exercise which requires the brain to do what it does, this once it’s involved in any type of activity at all.

It doesn’t just oxygenate while enabling the creation of connections, what it does is challenges neurons to create new connections.

It doesn’t just motivate the growth of new better brain cells, but also activates them for better use.

This creates forms of sensation along with response, which forms the basis of our patterns of action and attention.

What the various dancing exercises and movement does is self creates rhythm.

This is expressing who we are, when it comes to the brain cells completing these bodily movements, and every other movement in between.

The movement of dance serves to cultivate an awareness of sensory perception of oneself as movement.

Dancing encourages the creation of neural affinities, which expresses the patterns of bodily movement, this by learning the movements that are required.

The best thing, is that we all love to dance.

10 Ways Of Recognizing Toxic People In Your Life