Why Luck Is One Of The Greatest Unknown Mysteries Of Life 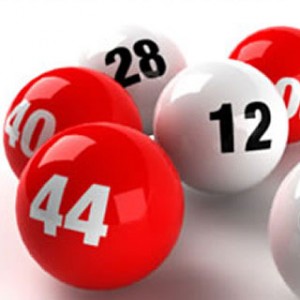 So they tell you, put your head down, work hard, do all the right things, and life will turn out for you. You’ll get all that you’ve ever hoped for and dreamed of.

Fortune will shine on you, with good health, a loving family, a nice house, and an abundance of wealth. But the truth is that the vast majority will never reach their destined goals that they’re potential should carry.

Then there are those individuals, where the light appears to shine on them. Some may be considered lazy, absent minded, or just downright arrogant to the point of being completely thoughtless towards the empathy of others.

They just don’t appear to give a damn but drown in their own ignorance, or ego, to gloat, just to get ahead. They are also left alone, silent. They appear to dodge all the bullets as the holy light shines on whatever they do in their lives. This is the biggest unknown X-Factor to mankind, those who appear to be born lucky.

You’ve no doubt heard about it or know someone who has a golden horseshoe up their behind. There are those, who believe that it’s luck, that luck is the gift of the unknown, a gift of the gods if you will.

The chosen few, regardless of who they are or what they do, are favored, sprinkled with more of the “luck dust,” while others in the same circumstances are doomed, they struggle, they’re less lucky.

But this of course is flirting with the supernatural and magical potions, lotions, curses, and four leaf clovers. But if you grind it down to its essential roots, the notion of “luck,” we’ve all wondered about it at some point in our lives.

Born Into Luck
The golden spoon syndrome. The sons and daughters who are born to royalty, being siblings of either movies stars, professional athletes, or the extremely rich. The Rockefeller’s of the world. They are blessed, they are the lucky ones to be born with the genes. But are they?

These kids should be ingrained with enormous talent, since their famous parent gave them the instant glorified admission to the club, but beyond that, it’s still up to them. This may at times be true, but does the majority of these “top spots” in society even demand anything that’s intelligent or extraordinary.

There’s a valid argument that the majority of celebrities and their offspring’s become famous, mostly for being … famous.

So are all of the financial geniuses of the world who made their fortunes right before the market crashed the following day, are they really the most clever, cheat, or were they just lucky. Are the politicians who reach the pinnacle of leading a nation really the brightest, or did they get a few breaks in their lives. Are the top selling authors really the most brilliant of writers?

So to be honest, how many of the brightest, or the best of the best, are they really the most brilliant, or the best at what they do. There’s a valid argument that they, instead, are rather the luckiest.

The Famous And The Lucky
Experts, geniuses, psychologist all claim that there is a luck element. Take for instance the mega-band, The Rolling Stones. During the original early years of the kids forming the Rolling Stones, the band, when they were struggling like many of their peers were, all played long hours in dingy basements of dead end nightclubs, nobody cared or listened to the ramblings of their misspent youth.

They were like the 1000’s of other bands, wanting to make it big and famous during that period of time. But when the Stone’s were rehearsing one day, fortune called. The single call which recognized that the “Mick” and boys, could be a billion dollar act. This can’t be considered anything more than blind stupid luck. Why them, they weren’t and still are not that talented. Lucky dogs.

Blind Luck… Really?
There is a division which consider that life isn’t just a matter of pure plain luck. But there is valid proof that a few individuals, however, those chosen few, who come out ahead so often and so consistently that they completely warp any statistical law or measurement.

For that very reason, some suggest that the very essence of what this thing called luck is really nothing but a matter of personality and attitude. Some believe that one’s potential to achieve success, often manufacturing their own luck, is referred to as the Success Quotient, or SQ. They also believe that SQ is established early in one’s life.

It appears to be a functionality of the various childhood experiences as well as parental influences. Mothers who are warm and accepting, who are also usually fair and rewarding when it comes to any physical expressions of direct affection, will usually raise children with the highest scores of SQ.

The fathers, who are successful themselves, usually made the best role models, but their influences don’t affect their children’s SQ’s usually until they’re young adults.

Testing For The Success Quotient

The parents were told what the average number of stacked blocks that was reached by the other children were, which was 12 blocks. Then they were asked to predict how many that their son or daughter would be able to stack before it collapsed.

So for instance, since the average was 12, the best answer by the typical nurturing loving mother was 14 blocks. Once their child began the exercise of stacking the blocks, the mothers also proceeded to hug her child if they managed to reach that number (14), but then also hugged them for the effort, even if they didn’t reach the goal. The reason why they did so was to eliminate any fears of failure that they could acquire.

The parents who happen to say 10 blocks, which was 2 below the average, actually held their kids and their expectations back. The most interesting, however, the kids who previously demonstrated that they’re able to pile 12 in earlier tests, fell short once they heard that their parents estimated their ability at 10.

The worst was when the parent predicted 20, when they knew the average was 12. They immediately placed their child to be doomed to fail. This became especially true once the column did collapse, falling short of the ridiculous estimate. The parent in some cases also proceeded to verbally, or at times physically berate the child because of the failure.

It All Begins With The Dream Of A Child
So the attraction of luck appears to be a combination of skill and talent along with techniques in early childhood rearing which are all involved in how individuals do in life, and attract luck.

Those who think that they’re unlucky miss opportunities since they’re much too focused on looking at, or searching for or expecting something else. They’ll go to a party with intentions of finding that perfect partner, and miss the opportunity of making lifelong friends. They look on the Internet intent on finding that certain perfect job, but, as a result, they’ll miss out on other more suitable job opportunities.

Those who are lucky, on the other hand, are usually just more relaxed and open. They see what’s there in front of them, clearly available to them, rather than what they’re looking for. Then the opportunity, or Luck just comes their way.

How To Optimize Paid Search Advertising For Mobile Commerce