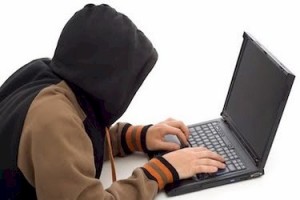 If you happen to have a home based Wireless Wi-Fi network, then it’s a good idea to lock it down with a secure uncrackable password. Otherwise, in close proximity neighborhoods, it can be breached, even though you may think that it will never happen to you, and thus isn’t much of a priority.

But what you’re doing for virtual pryers and hackers is that you’re leaving the back door of your entire network completely open and unlocked, begging them to intrude and poke around in your system.

This is exactly what has happened to a homeowner recently when they encountered an unwanted and ugly visit by the law enforcement officers, who had suddenly swarmed their house, accusing them of downloading illegal pictorials off of the internet, which is classified as a federal crime.

That household wasn’t guilty of any wrong doing other than failing to secure their home wireless Wi-Fi network. After an extensive investigation as well as the actual seizure of all of their computers and their mobile smartphones, the feds finally realized what happened.

It was their 19 year old neighbor living in a rental basement suite next door, who had secretly logged on to their unguarded wireless Wi-Fi network which had no password, and was able to connect and then use their bandwidth to download thousands of the illegal images and videos. There are unfortunately numerous similar stories of Wi-Fi intrusion and bandwidth theft around the country.

Obviously, there aren’t “hackers” sitting around and snooping into every unlocked wireless Wi-Fi network, eating up your bandwidth on your expense. This particular incident may be extreme and isolated, but there are plenty of unsecured wireless networks which are being compromised on a regular basis.

Accessing Wireless Wi-Fi
According to a recent survey which was conducted by the Wi-Fi Alliance, they found that over 30% percent of respondents actually admitted that they at one time or another, attempted to and successfully piggy backed onto an unsecured wireless Wi-Fi network which wasn’t their own, and this trend is rising.

At the very least, what occurs is that those who “steal” your wireless Wi-Fi bandwidth without you knowing, slows down your connection and browsing speed that you’re paying for.

They could also potentially gain access to some of your files which are on your computer, which you obviously thought were completely safe and private. Someone could also potentially be downloading loads of illegal music or movies from a “peer-to-peer” network, which is seriously frowned upon by the music as well as the film industries.

So why even risk that chance? There are a few steps that you can take to secure your home Wi-Fi wireless network.

[ad#co-1]
• Setting your Wi-Fi security levels. Make sure that you set your Wi-Fi to the absolute highest possible security level which the router as well as your PC allows. Wi-Fi Protected Access 2 or (WPA2) is the latest which is available in secure wireless network technology. What it does is it will control who connects to your wireless Wi-Fi network, as well as encrypting all of the data for privacy.

The older versions of the wireless routers may not give you that added protection, but the majority should support WPA encryption. Your wireless router may also support the WEP standard, which is an older technology. This security however is unstable as well as unreliable, and should be avoided if possible, unless you don’t have any other option.

It’s important to know that the maximum security level of your wireless home network is dependent and determined by your least capable device on your network. Also keep in mind that most of these devices are shipped with most or all of the security options disabled, or set at default.

• Make sure that you create strong difficult to crack passwords. Ensure that the home network access password is at least 8 characters or longer, and never include any words from the dictionary, use personal information or your dogs name. Make sure that it’s totally unrelated to you by using a combination of upper as well as lower case letters along with symbols.

The best way to make your password management a lot easier is by creating an acronym from an easy to remember phrase. For example, “if your daughter’s birthday happens to be May 9, 1987” you could then come up with a password such as “MDBDis5987.

• Be smart and be aware when using Wi-Fi hotspots. The majority of the public Wi-Fi hotspots will usually leave their security protection turned off. So when you’re connecting to someone’s public Wi-Fi hotspot network, which is great if you’re wanting to just generally surf the Internet, but users should never transmit any sensitive data at all, such as your bank or credit card account login information, as it can be easily intercepted.

• Make sure that you turn off the file sharing. You will notice that Windows will allow you to share your files across any wireless network. This can obviously be extremely useful when you’re wanting to share videos or music around your home.

But what it does is it will give hackers an absolute direct straight line into all of your private files. So it’s crucial that you limit the files which can be shared on the network, this should be the “data” which you don’t care about exposing for public access.

Most of the measures which are recommended can be performed by accessing and then adjusting the settings on your router. Also keep in mind that the address is generally set at default on most of the wireless routers.

The default password which are used by the majority of the wireless routers are usually set at “admin.” or “user.” If you’re logging in as “user,” make sure that you leave the password blank, unless you’ve previously set a password earlier.

There is an excellent third-party software application which is called Network Magic. What it does is it will make it a lot easier to handle all these security details. You can use it on your own home wireless network for adding new devices. It will also repair any wireless connections, as well as sending you “instant” alerts when someone attempts to log into your network. Network Magic will also install passwords, printers and files securely as well.