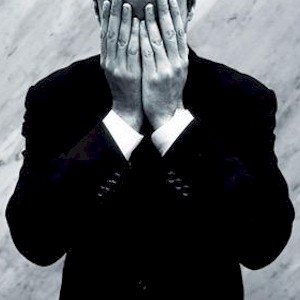 It’s found that one of the core characteristics that’s found in bullying is that it’s those individuals who constantly attempt to please others to a fault, are usually the victims. Although it’s an honorable trait to be nice, they’re the primary targets.

But the majority of us habitually enjoy pleasing the needs of others, while at times we realize that it can make us a bit vulnerable to those who are a bit controlling and demanding, and wanting to take advantage of you.

It’s generally thought that those who attempt to constantly please others, placing their own needs on the back burner, a servant of sorts, are preventing themselves from getting their own true needs met. What they’re doing is erecting a sign over their head saying, “use and abuse me.”

We at one time or another all have experienced instances where someone can become extremely intimidating, and we’ll nervously comply to just to keep it peaceful by doing what they’ve asked, wanting to keep them satisfied.

But realize that doing so is usually just a temporary solution. They’ll always come back for more and may get more demanding, while also often treating you yet more poorly as time progresses.

So resist being a doormat and stand up for yourself. If you’re struggling with these issues, then there are some measures which you can take to assert yourself better.

The Difference Between Pleasing Someone And Showing Goodwill
It’s not about strictly standing up for yourself and not doing anything for anyone ever again. You know the difference when you’re genuinely wanting to help someone versus you doing something because they want you to.

Or you yourself are wanting to manipulate the situation while also fearing the consequences if you don’t bother doing it. So knowing these differences will help you in making better choices for yourself.

Paying Closer Attention To Those Bad Feelings
Once you notice yourself starting to feel resentful, angry, sad or frustrated directly after an interaction with someone, then ask yourself if you pleasing that person contributed to it.

Did you once again just agree to do something for someone that you didn’t want to do. Did you just go ahead and told someone a lie just to make them feel better. Often, for those who constantly please people, these habits are so ingrained that they don’t even notice it any longer, along with the negative feelings that they feel afterwards.

Cultivating The Awareness
If you’re like most, pleasing others first has been something that you’ve done your entire life. So it’s become a habit on the way that you conduct yourself and where you think that you fit in the world.

You most likely won’t be able to stop this anytime soon, and shouldn’t be expected to. So begin by taking note when you do and what the circumstances are. Who are the people that triggers this behavior and the reasons why. Then decide how you might handle it differently the next time.

Knowing Where It All Began
Take a look back at your life and then try to identify when you began to do this. Where you got the idea that you had to please the needs of others more than you do yourself.

It usually begins in early childhood by getting approval for being really helpful to others. As a result, this becomes a ritual to seek out this approval and attention, and pleasing people is the most obvious way of doing so.

We’re also told what to do, and to learn to get along with others and what they want, otherwise they’ll either reject you or won’t like you.

Just Be Selfish At Times
The majority of people who enjoy pleasing others feel that they’ll become or be projected as being selfish, this if they begin honoring what their own needs are and saying “no” to others.

In the majority of these cases, these types of individuals to a fault are at the extreme end of the scale, that even if they do changed their behavior, they’d still remain more kind and generous than most.

Know that the truly selfish people of the world don’t even bother to worry that they’re coming across as being selfish, they just don’t care.

Paying More Attention To Your Stance
Most who have this tendency of pleasing others will usually expose themselves by what’s known as the “victims posture,” which refers to slightly hunching over and appearing submissive.

So it’s recommended that you monitor your body posture at all times by always taking deep breaths and holding your head up high and proud. So whenever you’re tempted or feel that you’re about to give in to the needs of others, both literally and figuratively, stand or sit tall and breath deeply.

What doing so will do is help you keep the promise that you’ve made to yourself that when in the face of pressure from others, you won’t cave in. This since cowering, you wincing will make them more than likely to up the ante.

Always Remind Yourself On A Daily Basis
If you’re constantly surrounded by those who just don’t respect you, and they’re wanting to bend and alter you at their will, it will do wonders if you just stand up to them, to get them to appreciate your true worth, which then also encourages you to stand up for yourself even more.

It’s found that seeking out experts in this area can help these relationship dynamics, while reinforcing your own beliefs as well as the thought processes which you wouldn’t see on your own. It can help to have this type of assistance on your side when standing up for yourself and becoming more assertive.