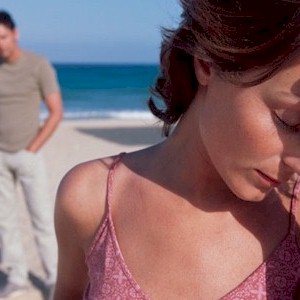 In your current relationship, what is the tipping point when it comes to incompatibility. Do you fight or argue 50% percent of your time together, is it 40/60, 60/40 or worse. What fights between couples exposes and reveals are the ugly side of ones personality.

This is when we’re at our most vulnerable, anxiety stricken panicky hateful self. There’s nothing that creates a divide, nothing else that can open an abyss of madness and confusion, like going a few rounds in a stalemate fight, finding a truce among lovers.

We hurt the ones we love the most. So we can find ourselves treating a partner in times of temper, or even when not fighting, reprehensibly worse than we would a complete stranger.

This is by designation, and not only our conscious mind which chooses who we partner with, but it’s also our subconscious mind that has a say as well.

To Find A Partner
There’s plenty of theories why our unconscious mind, usually referred to as a gut feeling, happens to choose partners which are our polar opposites of ourselves, in a variety of ways.

This an affair of the heart that’s destined to push our boundaries, while entrapping us in circular fights because of opposing opinions. The belief is that we do so, in the attempts to heal ourselves and our core. Fighting is inevitable, so why not make it productive.

Step Back And Observe Yourself
What can happen in periods of rage is that you can get so involved, so lost in the moment of a fight, that the ego takes hold. If we can somehow videotape ourselves and watch, we would be horrified.

The thing is, we are able to watch ourselves, this right as the argument is happening, this by mindfully observing ourselves. Learn to track your every moment to moment self-awareness. What this requires is stepping back and adding perspective.

Keep In Mind You Love This Person
You’re mad, you’re fuming, but realize that you’re connected to both sides of your partner, the good and the bad, that you love and at times hate, this through the turmoil.

Know that you’re together, the foundation is because you love each other and not because you despise each other. It doesn’t mean that person is suddenly someone else, but the one you’ve shared your most intimate rewarding moments of life with.

Realize hating someone and then loving the same person can be held in the mind simultaneously, and that’s what needs to happen, this when you’re in the full heat of the battle. You need this awareness.

Take A Time Out
When fighting, the most reactionary area of your brain the stem, is activated. This the fight or flight response. Taking a deep breath can help you in grounding yourself, helping your brain to recoup and recalculate.

Better yet, take a few moments apart, go for a walk or retreat to another room. Get your defenses in check, this to take account of what you and your partner said in heated exchange.

It’s known that some of the most resolving conversations can happen later in the day, this when things have cooled down. You’re thankful the fight is over, but it’s also important to calmly revisit it later.

Control Your Rage
It can feel great to spew out some pent up angst and stress, but it can come with a consequence. It’s going to leave emotional scars long after the aftermath and apology.

Wanting to get the upper hand is a primitive instinct, where previous hurts and injustices still reside. It’s important to reconnect to them, but you also need to have control over your behavior.

Instead, bring them to the surface, and then connect the reasons why you have such a bond with your partner. Share what’s been stirred up, as that can be the best opportunity for healing.

Allow Them To Speak First
What you both want is to be heard and be understood. The best way of understanding is having yours and their point of view heard. So listen first, try to understand where they’re coming from, with validation.

Know you’ll get your chance to express yourself and once you do, what you’ll have is a more active listener, and hopefully the air will be cleared.

One Fight At A Time
It becomes easy to get distracted and then start picking a new fight, this about who did or said what in the ongoing or previous fight. Instead, step back and let it expire first.

Redirect it back to the original issue. If something happens to come up as a tangent that’s important, then bring it up later. Make sure that the first fight is resolved first, even if it’s days later.

Learn To Say You’re Sorry
Just saying that you’re sorry can diffuse a lot of issues. The faults that you’re responsible for, and the ones which were unintentional, this without it costing you anything.

Saying sorry doesn’t mean you’re surrendering, or that it was your fault, even if it was. We all make mistakes and we hurt each other often. Saying you’re sorry acts as a liaison, so offer it generously and sincerely, and hope your partner does the same.

If your goal is to “win” every fight, then you’ve already lost. Winning requires dominating or discrediting them, undermining all of their arguments.

You don’t treat someone you love this way, as the only winner should be the relationship. You both deserve to be heard, understood, and your points taken into account.

Disagreements among couples is ongoing, and these fights mean that you both care. Fighting exposes the core issues, where a common ground is met, this provided you want to remain together.