BYOB Really Means Be Your Own Boss: How To Survive In A Micro-Economy 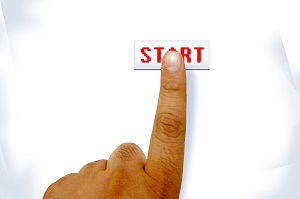 There’s those nasty words again, underemployment and unemployment, which is the end result of the current economic condition which live in, and it’s becoming a world-wide global epidemic.

That age old mantra which your grandfather once passed along to your father, “Make sure that you study hard and get good grades, go to a good school, get a good paying job, and then work hard,” is becoming completely antiquated and irrelevant.

Today, more than ever, we are living in this ever expanding micro-economy as a result of corporate outsourcing resulting in downsizing. An educational system where post secondary institutions such as Harvard, where the students now obtain higher education, not to get a good paying job, but to rather create their own businesses while attending school. They are then able to come out of the gates flying. Say hello to Mark Zuckerberg.

So now, more than anytime in our history, you need to protect your own livelihood as well as your own financial future, by learning how to create your very own job, just to keep a job.

How To Build Your Own Job

[ad#co-1]
Drop The Big Annoying Ego… Now
Being an entrepreneur has nothing to do with big yachts, or fancy red sports cars, or making millions your first year. Entrepreneurship is the most challenging roadblock that you will face. Just attempting to keep yourself afloat by attempting to run it on a day to day basis, just to survive, is not what you most likely envisioned, and is thus hardly a dream come true.

So don’t set yourself up for certain failure by setting unrealistic goals as well as expectations for yourself. The most important being that you believing your business idea is special. Just accept the reality of it, you will most likely not be that next great “God Picked,” one that in a million great business idea. (insert: Groupon)

To be able to stay alive as well as thrive, you will need to be grounded, be practical along with being rational. Focus directly on what’s really important to you, which should be finding ways which you can generate immediate sustainable income for yourself today.

Be Unoriginal To Be Profitable
Attempting to reinventing the wheel as many before you has tried to do, only dooms you to be run over by it. Starting an “original” business can often become a costly bottomless money pit which takes an extremely long time to get off the ground, this if you ever gain any real traction.

Don’t attempt to try to out-innovate yourself or the market. Being unoriginal is the pretty child, it works and is profitable. So stop yourself from thinking that you’re going to build the next Facebook. But instead, start on building the next great tutor company, bookkeeping or web designer firm or anything else which is an essential, tried, true and tested business.

Make sure that you’re original in the way that you market as well as brand your service business concept, but not in the concept itself. Your ability to be able to generate sales as well as garner clients will as a result be better for it.

Who’s Going To Invest In Your Late Great Idea
You really have to be a one in a million unique business idea for you to be able to attract investors or get a bank loan. The majority of start-ups will not even get a sniff. No one can be bothered to read your long, drawn out generic business plan.

There will also be no one who will take your existing business seriously unless you have proof of a proven money making concept with potential, along with proven management, and most importantly, it generates a consistent monthly profit.

So instead of attempting to raise capital, you should be mastering the art of selling instead. Kick start and inject your business until it can be potentially launched as an early stage business venture. Build it up with actual real client revenues and lose the hopes of attracting those imaginary angel investors and venture capitalists.

Avoiding Those Bottomless Money Pits
Having a great business idea does not necessarily mean that it’ll translate into a sustainable and viable business. Don’t trick yourself into thinking that your awesome idea is so good that the money that’s needed will work itself out. If you have no revenue, there is no business.

So if your new and exciting start up success is based on just a hypothetical exit strategy or some other “one in a million” dream, stop before it’s to late. You need to look where you earned money yesterday, and not by spending it hoping for a better tomorrow.

Try To Look As Big As Possible
There are now a multitude of inexpensive technology as well as virtual assistants and office services which are available, allowing you to inexpensively outsource. So this makes it easier than ever for anyone to be a lot more productive as well as efficient. You can now cheaply build a professional presence on a worldwide global scale almost immediately.

This way, you’re able to position your company to appear as well as sound like an established multimillion dollar enterprise, even if you’re working out of your home office. You have the use of professional virtual phone systems along with prominent virtual mailing addresses to create a totally professional vibe.

You can hire excellent virtual assistants as well as specialists at a mere fraction of the cost of hiring salaried employees. Even when you begin generating income, you should continue on using these resources to keep your operating costs low and your profits high.

New Ways To Save Money By Reducing Your Spending Habits

New Exciting Features Of The Windows Phone 7 For The Smartphone