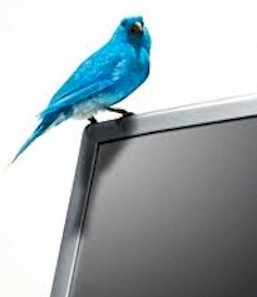 So has it really come down to this? We are now able to broadcast our entire life story or read about major events in 140 characters or less by submitting a Tweet. What it really proves however is that it speaks of our current human condition where we crave for immediate instant factual information, but have extremely limited attention spans. According to new reports, Twitter usage is on the rise as tweets has actually more than doubled since late 2010.

These stats may be impressive, but the real story may be what Twitter is doing to solidify itself as the Internets prominant social search engine. So because of that alone, you need to fully optimize yourself by using Twitter.

Twitter recently bought out TweetDeck as well as AdGrok. Tweetdeck is a service allowing their users to organize information as well as concisely managing constantly streaming new Tweet updates. The acquisition of AdGrok, which is an ad platform, will help Twitter in generating additional revenue for their site.

Other recent improvements include the ability for users to share their photos and videos, as well as a “button” which will allow their users to embed and follow their favorite Twitter accounts.

The amount of information of every type and variety imaginable which flows through Twitter is absolutely mind boggling, and there is no other source on the Internet that’s able to currently do so.

Twitter has developed itself into the ultimate in “real-time,” social media search engine. So if you’re a chronic tweeter or just getting started in the exchange, listed are some steps that you can take for optimizing your Twitter efforts.

Using TweetDeck
Twitter decided to acquire TweetDeck so they’ll be able to improve the functionality of their service as well as the ability to control the flow of information which runs through their site. Using TweetDeck will definitely give you an advantage over your competition.

The Use Of Hashtags
Properly using hashtags, which is #mybusiness or #mysportsteam, are excellent ways on getting your tweets to become searchable, get indexed, and be noticed and thus read by more users. The key is to get as creative with your hasthags as possible. Doing so will potentially create new additional streams of related content, as well as catching the attention of new users who may just re-tweet your tweet.

Using Short Descriptive URLs
If at all possible, try editing those short URLs to include targeted content keywords. This way, they will stand out from the crowd as well as the users being inclined to using that URL rather than they having to “shrink” it again on their own. The result is a better “click” and “share” rate.

Using Targeted Keywords
Make sure that you use all of your targeted keywords, much like you would when optimizing keywords for SEO purposes. Make sure that you fully research and then use them in your updates.

Being Cute And Witty
Although the proper keywords are necessary, you also need to inject a bit of entertainment and humor from time to time. The best tweets are the ones which are re-tweeted and goes viral. Also, consider injecting teasers into your tweet broadcasts to encourage clicks on your links.

Post A Variety Of Content
If your readers are wanting to read just about news on your company, then they would just most likely subscribe to your sites RSS feed, or just bookmark your company blog. So mix up your tweets with content from a variety of sources as well as medium type, such as audio clips, video and photos. Keep in mind that you should be focused on search-ability as more users are increasingly turning to multimedia.

Posting Promos, Freebies Contests
People are always on the lookout for legitimate easy to get freebies as well as entering contests, and those who use Twitter are no exception. So decide to run a few promotions to attract new followers. There is no doubt that the number of followers you have is part of the equation when it comes to being found on Twitter, as well as on most of the search engines where tweets are being displayed.

Tweet On A Regular Basis And Be Prompt
You obviously don’t want to become annoying, but make sure that you tweet quality relevant updates and information on a regular basis. This will ensure that you will remain on the minds of your readers as well as providing more content be to able to get indexed and thus searched for. Make sure that you tweet each and every piece of content that you post on your sites or your blog. Twitter is now the primary source for those who are looking for breaking news, so go ahead and provide it.

Re-tweeting And Then Following
When you re-tweet as well as follow other accounts, you will in turn earn a few more followers while encouraging interaction, which is another important factor which Twitter takes into account when they are assigning “status” towards the information providers.

There are a growing number of consumers who are using Twitter to contact new businesses, or expressing their grievances or seeking support. So make sure that you’re aware of this. It’s critical that you reply as promptly as you can. It will show that you are paying attention to your followers as well as fostering new opportunities for further branding or cross-promotion. This will also prevent a bad user experience from going viral over the net.