Why Cloud Computing For Businesses May Not Be For Everyone 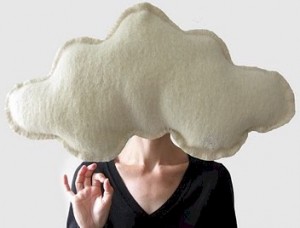 The idea for any business to turn towards the Internet for the majority of their Web services as a cost saving measure may be enticing. So instead of using their existing in-house servers, companies of all shapes and sizes who are seeking a leaner more cost effective enterprise operation may be looking at Cloud Computing.

But when a company decides to move the majority of their infrastructure as well as all of their delicate private corporate data into a cloud based server, that may not necessarily be the right move for every business. There are some organizations which believe that maintaining as well as controlling their own data in their in-house servers is absolutely critical.

But there is no doubt that the trend is moving towards a cloud based computing environment, and is picking up traction as it grows in popularity. Although to date, there are only approximately less than 9% percent of businesses who has fewer than 120 employees, are currently using some type of cloud service. There were however close to 17% percent, who were planning to adopt some type of cloud computing service sometime in the following year. These numbers are close to double for larger midsize companies.

The Use Of Web Applications
Using web apps such as Microsoft’s Office 365 or Google Apps may make a lot of sense for producing online productivity as well as collaboration. The majority of cloud service providers will also be able to host a modest website if required as well.

One problem that faces some of these cloud computing services is that they can suddenly decide to drop or eliminate some critical local apps or even servers. This can be a bad move for everyone concerned.

One example is the sudden removal of online services, such as what one cloud provider did with a certain Web service. The result was that it suddenly ground some of their small-business customers to a complete halt, as they happened to be using the app. Moves like this, which is completely out of the business owners control, will cause some business owners to reconsider shifting their entire operations to an independent cloud service on the Internet.

Things You Should Consider About Cloud Based Computing Services

But if your company currently already has an entire room filled with dedicated servers housing your data, and regardless of their cost of maintenance or reliability, you may just want to think twice before you ultimately decide to get rid of them by moving that information onto a cloud server.

Instead, consider making a few alterations or tweaks to your existing in-house technology, which may prove to be a lot more valuable and reliable as well as being cheaper in the long run. You will still be able to farm out some of the services by utilizing a cloud service, but also consider keeping your existing in-house equipment as well, if not just for a backup.

Moving Your Data To A Cloud
Moving all of your delicate company financial data as well as your proprietary corporate information to a cloud based service may take the control that you have over the data out of your hands. This is important as the majority of businesses are required to store some of their shared files securely.

Each and every cloud service provider will promise that they offer a completely strict “ironclad” impenetrable security protocol on their servers which stores your data, and thus all of your company files are completely safe.

But unfortunately, there are hackers who are getting extremely advanced (just ask Sony), who loves to target seemingly secure digital systems who claims themselves as bulletproof and impenetrable. For these career hackers, they see that as a challenge that they can’t refuse, and at times they succeed.

Although theoretically, your data which resides in a cloud based environment should be safer than when it’s stored on your own company servers, but you will at least know exactly where all of your critical data resides when you keep it in-house. This becomes ever so vital if your business is required to store sensitive legal, medical or financial files and data, where your company is required to comply with strict state as well as federal laws.

The Reliability Of The Internet
There are still times when the Internet can go down, and then so is the cloud-dependent business attempting to connect to the cloud server. So moving all of your essential operations online on the cloud service makes connectivity to the Web absolutely critical.

For this very reason alone, a potential migration for some corporations to a cloud service is absolutely out of the question, especially if they already regularly suffer from frequent network as well as Internet outages.

So for companies who happens to be running software on say an in-house Windows or Linux based server, their customers would still say be able to call their company via phone, and their employers would be able process the ordered products, even if the Web ordering system happens to be down.

But if that system was on a cloud service and the Internet was down, their staff would not be able to connect to the cloud server to access the software, to be able to process any orders during any type of connectivity glitch.

How To Influence People Using Twitter In 140 Characters Or Less