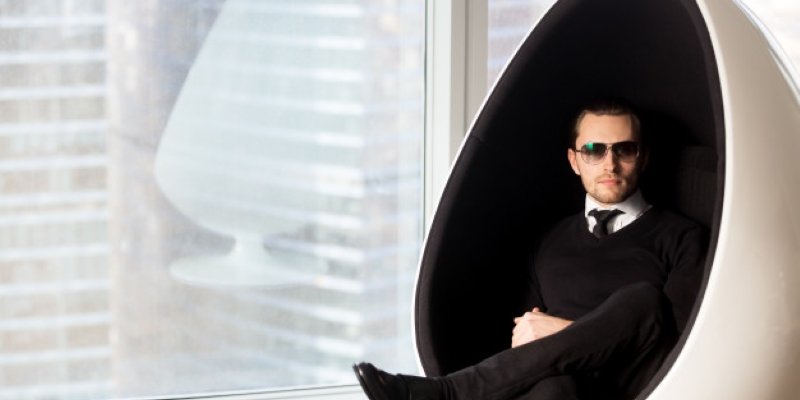 Why is it the majority of people don’t succeed in life, this when it comes to their financial well-being. After all, we live in one of the wealthiest nations on the planet. With all the resources that’s available and exists, just a handful however will stand up and become wealthy. This in a world of free enterprise.

For those who do become rich, it doesn’t appear that gender, ethnicity, education, or methodology matters that much.

There are many who appears gifted, appears intelligent enough, often with higher education, who miserably fails financially.

Their lives are filled with turmoil and struggle. They constantly spin their wheels and get nowhere.

So what’s the distinction, the difference between the two. Those who become wealthy, and those who retire poor.

Is it luck which allows some to acquire wealth. Did a career turn into a prosperous business, or did they buy lotto tickets. Did they marry into money, or inherit it.

What The Majority Will Do

There seems to be a common denominator, on how the lives of the majority of people are mapped out. This goes beyond going to school as children.

It’s found, most graduates will get little post secondary education, will usually go from job to job while choosing the wrong career.

They’ll work long hard hours just to keep afloat and play the bills, while trying to save some money for retirement.

What’s known is the majority of the population will follow this route in life.

Then once they reach 65 years old and ready to retire, most are broke and will receive a small pension. Some will need to be supplemented by the welfare system.

5% Percent Of The Population

Then there’s the 5% of the population who’s referred to as being “financially independent.” This means they’re able to stop working whenever they want to, and will live a comfortable life.

What it doesn’t mean is they’re wealthy. What they have is enough money, so they can support themselves without assistance.

Then there are the elite 1% percent of the population, who are considered rich.

What they’ve managed is to generate massive amounts of money to live a luxurious lifestyle.

What they’ve beaten is the elusive formula which is “time = money.” They’ve accumulated wealth in a short amount of time.

Lack Of Time And Money

There are some who are considered rich, but what they don’t have is access to their money, or the time to enjoy it. What they need is to keep on working, as they’re asset rich but cash flow poor.

This is a situation that’s generally not considered ideal. Money that can’t be spent because it can’t be accessed, is pointless and similar to having no money at all.

Then sadly, there’s a portion of the population who are rich, but for whatever reason, they can’t or refuse to live the quality of life they can live.

This is usually because they have a scarcity mindset. No amount of money can cure their insecurity, as they hoard their money under their mattress and worry about it.

Those People You Knew

Say your Grade 12 graduating class had 500 students. Once you all reach the age of 65, despite all your best efforts, 71% percent of you would be poor or broke.

A certain percentage would have died, and a small minority would be wealthy.

For those who have passed, what the experts claim is it’s most likely because of “cancer of the wallet.”

This refers to the financial stresses of life becoming too unbearable, illness sets in. They’re not able to live a healthy life because they’re broke.

That Day You Graduated

So the day you were leaving high school, the day you graduated, what if the teacher asked the class:

• Who would like to go out into the world, work a job you hate, then slave away hard at it for the next 45 years?
• You will work 40 or more hours a week Monday to Friday, just to survive another day.
• Your life boils down to eating, raising children and paying the bills.
• You’ll never be able to do the things you’ve dreamed of as a child, because you won’t have enough money or time.
• Then once you reach the age of 65, what you’ll then be forced to do is retire, this because you’re too old and useless. Then within 2 to 7 years, some of you will likely pass away broke.
• So what percentage of you students would like to volunteer to live that life?

Maybe the few renegade sarcastic students who are sitting at the the back of the classroom, will put their hands up.

The majority won’t think they will ever live that type of life.

What They Don’t Teach You In School

• On the other hand, how many of you would volunteer to learn how to set yourself up financially at an early age?
• You could then spend all of your free time with your family and friends, travel to all the vacation spots you learned about in school. Have all the money you’ve ever dreamed of.
• So once you reach 40, you won’t need to work another day in your life, if you don’t want to.” Who wants that life?

Almost everyone would raise their hand, except those few in the back of the classroom who were not paying attention, so they misunderstood the question.

Once you reach the age 65, some of your classmates would have passed away, most will retire broke, some will be living below the poverty level.

What’s apparent based on these statistics, is it’s not going to work out well for many. Most would look at this data, and hope they’ll end up living a comfortable life.

Most will be average, they won’t be dead or broke, or become wealthy. All while thinking those who do become rich, must of lucked out.

It’s probably best to take the advice of someone successful, who once said, “If you’re really wanting to succeed, what you need to figure out is what most are doing, and then do the opposite.”

So what they’re recommending is to swim upstream, choose to do and be where others aren’t, as that’s where the gold is.