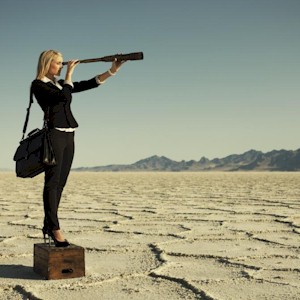 Can the concept of success be that simple, taking calculated action on our ideas. We’ve all had a brilliant idea of some sort, and then said, “Darn, I thought of that a year ago.” We usually get upset, only blaming ourselves.

Ideas are free and rampant, but it’s those who have the drive and the courage to take action, who wins this game of life. Successful ideas that we humans generate can come in rapid fire succession, but we rarely cultivate and then act on them like we should. Bless the courageous who do.

But most of us are lazy, too scared to act, even though we know it’s a sure thing. The beast that is procrastination detracts us from taking action, then we forget, we fall down, we ignore, we drift away.

Keep On Hanging On
There are ways however on how we can keep prodding ourselves forward, to reach our limits, to go beyond ourselves, places where others dare to venture.

We need to take action, similar to how a superb athlete excels. We need to consciously exercise our brain cells to go beyond our outer limits. Once we do so, then we’ll be amazed how our creative energy can multiply.

The more we see, the more we envision, the more that our powers of observation increases. So it becomes imperative that we constantly push, drive, spur ourselves into becoming more creative.

The more that we practice the principles of problem solving, the more that the problems begin to somehow solve themselves, we reaching a higher plateau.

Practice And Practice Again
The ability to analyze and then synthesize isn’t an easy thing to do, but like most things, what practicing does is it increases ones frequency and ability.

What then occurs is that we begin to develop ourselves to the point where we’re able to tackle the next problem, the one you couldn’t possibly have solved a few months ago.

So unless we try, regardless of how uncomfortable it may be, knowing that it’s the next best necessary step, we can’t develop this capacity to advance.

To Build Oneself Up
Any business that involves taking things apart and rebuilding again, there’s hardly a day which passes that something doesn’t go right, which appears insoluble, much like going down a mudslide.

But once you keep at it, tackle what needs to be done long enough while remaining focused, keeping the problem ahead of you, you can then gradually break it down into smaller components to grasp and solve.

This begins by exercising your creative powers, visioning the end result of what you’re attempting to solve, and then plugging in the pieces until it’s complete.

Overcome To Be Successful
You may be smart, talented and are creative, you may be handsome or extremely pretty, but yet you aren’t successful as you would like or thought you’d be.

After all, that person who wasn’t as gifted, smart, as good looking as you, who never had any great ideas, was unpopular, a ghost in the machine, has now vaulted beyond you.

So how can that happen. You had such promise, you had the seed of being great, yet, your dreams of grandeur never came true. So all you need is to resolve the characteristics of those who are successful.

To Distinguish Success
What’s proven is that there’s a distinct divide, a gap between successful people and those who aren’t. What they have is a burning dominant goal in mind that they refuse to stray from.

They dedicate their life to the pursuit, they work hard, fail often, and then fight through it. Those who aren’t as successful, will spend time talking about it, rather than working on it.

Then their dreams never come true, as they fall easily to the dog of discouragement. So the key is, in order for you to succeed right now, you need to refine your goals.

To Establish Goals
So how do you imagine, see yourself a year from now, how about five years from now. Are you still at your current job, sitting in the miniature cubicle working your life away for little money.

Or do you see yourself on a quiet secluded beach somewhere, on a vacation with your family. Everyone wants the second option, but won’t do anything about it.

So to get there, you need a higher paying job, or come up with a better solution. To grind away and try to get promoted, seek a new career, or start your own business.

To Have Specific Goals
Your goal needs to be pinpoint specific. If it’s not clear, you’ll never manage to achieve it. Once it’s specific, then write it down, as it’s vital that you see it in words.

If your goal appears far too difficult to achieve, then divide it into smaller pieces. For instance, divide it into four smaller parts, where each soluble step brings you closer to your final goal.

Adopt The Belief
It always helps to have the support around you. But you can’t expect your friends, family, or coworkers to motivate you, this to make your dreams come true, as they have their own problems.

The only one responsible for your success is you. So don’t fear the deterrents which holds you back from following the steps to reach your goal.

Nothing can be that difficult. Everything begins from a dream which manifests, and the belief that you can achieve anything once you take action.

The Greatest Reality Show On TV Is Watching Sporting Events