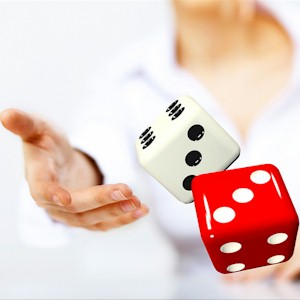 Those who are considered lucky were also coincidentally the most successful individuals among us. Those who believe that they’re lucky, they all actually thought that luck exists, and that they use it to their advantage.

They believed luck is their ally, more so than they being creative, having a superior education, and a host of other factors when it came to building their wealth.

So based on a survey directed to these self made millionaires, the majority, 4 out of every 5, indicated that luck is, and remains extremely important to them when it comes to achieving their success. Around 20% percent thought that a good education was the most important factor.

What’s perhaps more notable was when the same survey was given to the general public, the working “Joe’s” and “Sally’s” of the world, the results were almost completely opposite.

Close to two-thirds of these “working” individuals thought that having a good education was the most important factor to success, while close to 78% percent didn’t believe that luck even existed.

Are You The Lucky One
Luck, which is the the X Factor, as a result has been clinically dissected, and has been found that those who are all considered lucky, all have a distinct yet similar pattern of attitudes and habits, which distinguishes themselves from those who consider themselves not as lucky.

One of the most distinct commonalities is that they were all extremely successful at whatever they’re doing.

So the biggest take out of the survey was that when you’re attempting to build your own foundation of success, getting lucky and attaining wealth usually works hand in hand with each other.

It’s found that luck and wealth support and will build off each other, and if you’re interested in getting luckier yourself, there may be a distinct path that you can follow.

Ways To Harness Luck
Win Baby Just Go For The Win
The wealthy, who also claims themselves to be lucky, will always go full steam ahead until their particular task is completed, finishing whatever project, task, or objective they currently have at hand.

They’ll do so with the expectation of winning, having a positive attitude without being cocky, and while doing so, they feel they’re maximizing their abilities when it comes to profiting from their chances.

For instance, the most successful of salesman or negotiators will continuously come out on top because they’ll do their homework. They’ll investigate their opponent or clients position thoroughly.

The more prepared that they are when it comes to any business situation, the more ready that they’ll be to deal with any situation. Those who are not as prepared, will usually blame it on bad luck.

Realize And Develop Your Strengths
Those seemingly ultra successful people will just focus on doing the things that they know they’re skilled or proficient at, which contributes to they being successful.

So it’s no coincidence that working on their strengths develops a better level of expertise, so much so that they can begin picking out distinct patterns which others fail to see.

They’re also more than likely to just trust their instincts and gut feeling when required to make an important decision, which are identified as traits of the lucky.

Setting Precise Goals By Focusing
Those who are successful and deemed lucky will set solid goals and will commit to them firmly, believing that they’re manufacturing their own luck during the process. Having a specific focus or objective makes things easier to recognize, making an opportunity “lucky.”

What luck appears to favor is those who are prepared. So if you continuously commit on a disparate set of flaky unobtainable goals, you’ll then most likely end up feeling unlucky, unprepared, and lost.

Be Persistent By Learning From Your Mistakes
Perhaps the most revealing when it came to the lucky and the rich is how they all genuinely prescribe to the benefits of persistence and learning from their mistakes.

The self made successful individuals, different from those still seeking success, will go right back to the things which they just failed at, and are determined to learn and then improve from their failure.

Those who are lucky all displayed similar traits, that they’ll continuously view the positive side of any misfortune, mistakes, or setbacks, and won’t ever dwell on them, but rather find ways to correct them while avoiding the same mistakes in the future.

Networking With The Right Crowd
If you associate with those who consider themselves lucky, actual studies have shown that your own luck may improve as a result. So networking with those who appear luckier than you will often produce “lucky” opportunities that you can partake in, such as a brand new ground floor business opportunity.

It’s found that those who are successful, the self made millionaires will have smaller more compact networking groups that they deal with, which are comprised of other like minded highly successful people who they know well.

So it’s recommended that you begin developing your own network of that kind, which are seeded with connected individuals who knows you and your goals. You should then begin to see your own opportunities begin to appear.

So How Lucky Are They
So are those who are successful, and as a result wealthy, because they’re extremely lucky, or is their Luck because of they being successful. It appears and may be undeniable that wealth, success, and luck all coincides with each other and are inseparable.

The good news is that you can also generate your own luck as well, by working hard, being positive, which should be followed by success.