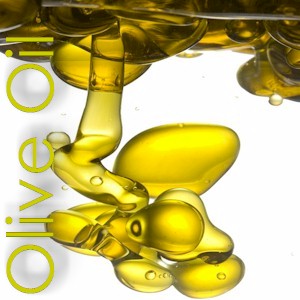 We’re all aware that Olive Oil has a stellar reputation as an extremely healthy food and a healing agent. But the majority of the exposure is focused on the processed liquified oil itself, and rightly so, but there are also benefits of the olive leaf.

The cultivation of these highly praised olive trees are thought to have been originated in the Mediterranean, thousands of years ago. The ancient Egyptians were first known to use the olive leaf as a therapeutic source, steeped in their teas and made into medicines.

A couple of thousand years ago, back in the 1800’s, the olive tree and it’s leaves were sourced as an extremely effective method for curing the illnesses of that time, such as malaria and high fever symptoms.

Throughout history, the olive tree has also been recognized as a symbol of renewed life, hope, and peace. It’s essence is also indicative of tremendous antioxidant properties, giving the olive tree its well deserved praise and reputation.

The olive tree and the oil which was derived from them were found to be resist to disease, and as a result, became a source of interest for many in the health field.

It wasn’t until a bitter compound which is known as oleuropein was isolated and extracted from the olive leaf, was eventually determined to be the key beneficial healing ingredient.

Oleuropein The Key Ingredient
It was discovered that oleuropein, the natural extract which was found in the olive leaf has the ability to aid in lowering one’s blood pressure, while increasing blood flow to the coronary arteries while relieving arrhythmia.

Elenolic acid, which is a primary extract of oleuropein, was also heavily researched for its ability to inhibit the growth of bacteria, viruses, parasites, and fungi.

One side effect, however, which has been discovered from clinical testing is what’s known as the Herxheimer reaction. This occurs once a large number of the infectious organisms in the body are suddenly eliminated.

What the immune system does once these infectious substances are gone is it will react with flu-like symptoms such as: fever, fatigue, headache, joint and muscle pain being the most common.

Olive Oil And How It Helps Our Diets
Most believe that any type of oil should be avoided when it comes to weight loss and dieting. But a new study has proven the important of certain fats, most notably olive oil, when it comes to promoting satiety, which is the feeling of being full, resulting in not eating as much.

We all know that fats aren’t created equally. There are the healthy fats which have actually shown to help protect our hearts while promoting better blood sugar levels, when compared to the bad saturated or trans fats.

When testing under clinical conditions, the researchers gave participants yogurt which was enriched with one of 4 different types of fat: olive oil, rapeseed oil, butter, and lard. The groups were asked to eat them every day as a dietary source for a period of several weeks.

It was no surprise that the group who ate the yogurt containing olive oil felt fuller sooner, much quicker than the other groups. None of their body fat percentage or their weight changed as a result.

Will Just The Scent Of Olive Oil Make Us Feel Full?
There was a secondary study where the researchers found that just the aroma which was provided by the olive oil was capable of making us feel full, making this particular oil the unanimous choice of all the fats tested.

The testing involved giving plain yogurt to one group, while giving the second group yogurt which was scented with olive oil, but didn’t actually contain any olive oil.

It was found that everyone in the first group consumed more calories during the day, where the second group which had the olive oil scented yogurt, had levels of the satiety hormone in their blood stream, making them eat less.

How To Properly Use Olive Oil
What olive oil is known to have is a mid to low “smoke” point. So under cooking situations, lower temperatures needs to be used to avoid it from burning. What cooking at higher temperatures will do is damage the oil while reducing its health benefits.

What’s recommended is finding new and improved ways to incorporating olive oil in your daily diet. Listed are a few ideas which you can try out.

• Try drizzling some pure extra virgin olive oil directly on top of freshly cooked pasta dishes, or on homemade pizzas, which creates a flavor boost which is Italian inspired
• An excellent popular method is making a bread dip using extra virgin olive oil (EVOO), and then combining it with balsamic vinegar to give it a bit of zip
• Use EVOO directly in marinades, dips, and pesto
• Try it as a foundation for making simple salad dressings by adding lemon juice or vinegar along with spices, for a delicious natural base

Olive oil is proving to be an extremely valuable nutrient that you should incorporate into your diet, which contributes to weight loss and better overall health.

It’s instructed that you learn more about the value of the extra virgin olive oil extract, and how significantly better it is over the other different type of oils and fats.

Can You Actually Create Your Own Luck Some Think You Can