Creating Posts On Social Media With The Hopes Of Going Viral 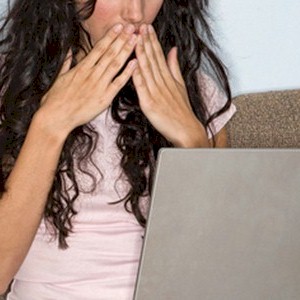 You know that anything on social media can potentially go madly viral, but most realize that it can be finicky to tame, as using one strategy won’t always cross translate onto another social platform.

So what this means is that online marketers and offline businesses needs to do is test a variety of methods, refine tactics to discover which exact hook will resonate the best with their audience. What’s been discovered is that there’s a handful of proven and effective methods, tips on how to post on social media sites which everyone can relate to.

Once submitting these strategies on the social Web, you’ll then be able to increase your brand’s visibility and loyalty factor while garnering more clicks, shares, comments, likes, and conversions from the mighty social community.

The most obvious is having appealing copy which is able to convert. If you’re wanting interaction and click thru from your posts, then the first step is getting the undivided attention of your audience with grasping copy.

So consider using the same rules and tactics which content publishers use when they’re creating captivating headlines, such as keeping copy crisp, clear, and direct to the point.

Use lists, points, and numbers for noting usefulness. Make sure that you use verbs instead of nouns in your copy which can impact fan interaction with your posts. This because using verbs promote more actionable tense.

A recent study revealed that when sending out tweets, for instance, using adverbs as well as verbs received higher click through rates than the tweets which used nouns and adjectives.

Getting A Bit Controversial
Every industry, niche, business sector always has a bit of dirt and controversy to be revealed, this if you dig deep enough. By opening a crack to a discussion revealing one of these topics, it’s found that brands have seen their posts read more.

What marketers on social media are doing is using online reputation monitoring tools which tracks online chatter as well as current sentiments or controversy regarding a particular industry, topic or a brand, and then leveraging that information to begin a new conversation.

Never Come Across As Too Promotional
If you’re using social media purely as a promotional marketing tool, it’s found that you could be harming your brand. While social networks has proven to be good for marketing a business, they’re better for fostering conversations while relating on a peer basis to the consumers.

Marketers should be developing a plan to balance out the content so that the followers can expect more than just another sales update or promotion.

Always Request For Action
It may appear a bit lame but its been proven that the best way of getting a “click” is by just asking for it. It’s a time tested measure that works. Twitter has revealed that their Promoted Tweets, which clearly asks for some type of action such as a download to a link, their click through rate increases by an average of 15% percent.

Always Use Images Or Videos
People love social media because it provides instant real time easy to browse newsfeed posts which they can immediately understand. This allows them to find entertaining content, and any visual content such as images stands out a lot better than using plain text.

A recent study revealed that using images on Facebook generated over 47% percent more likes and double the comments than the average generic posts did. This the reason why posting images as well as videos should be regular routine in any social media strategy.

Use Humor Whenever Appropriate
Although using humor is obviously not appropriate for all brands, once you add a bit of the quirky when it comes to your social postings, doing so can help in increasing fan interaction.

There are some brands, large companies who rarely posts anything that’s serious or newsworthy but leans more on the funny, and once they do so, they generate a lot more interaction and the material is always expected and welcome.

Try Posing A Question
This actually isn’t a tip since it’s so straightforward. When asking any type of open ended question, what marketers and brands are setting themselves up for is instant fan interaction.

Also, posing a question doesn’t always have to mean that your end goal is to just get comments. One strategy that companies will use is they’ll ask a question, and then pair the question with an answer which comes in the form of a link back to their site.

Creating A Poll Or Having A Contest
Forcing a fan to participate somehow by making interactive status updates tends to perform quite well, and one way is by having polls. It’s found that fans will be more inclined towards participating since it requires minimal effort and action, by they just providing a simple click.

Having contests and sweepstakes should also be a part of your social marketing strategy. But know they can at times get expensive while also losing their appeal over time. Using these tactics does however generate clicks and generates leads.

Try Reposting Content
Know that whenever you repost content, that it can be a bit risky since some fans may call you out, while others will be pleased to see something different in their newsfeeds that’s new to them.

So before you begin testing this strategy, know that not every status update should be a repost. Reposting is traditionally better suited for Twitter, since newsfeeds usually moves too quick, which makes it easier for followers to miss a post.

Properly Leveraging Hashtags
Once marketers use hashtags properly, what they’re doing is increasing their visibility on social sites, this because their “statuses” will begin showing up in any search for that particular specified hashtag.

What this does is it places your company or brand in front of a much larger audience, which then gives your posts a much better chance of obtaining clicks. Just make sure that you learn to do Facebook “hashtags” properly to get more social media attention.

Natural Foods Which Will Instantly Raise Your Energy Levels