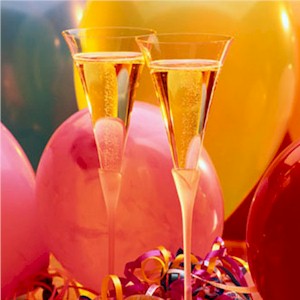 A New Year, the calender flips forward making for a fresh start to alter or switch the deficiencies in your life. Finding new ways of resolve the same problems which will get you through another year.

It’s just like starting over, resetting the “Go” button once again, bringing new hope and inspiration. This although everything in your life will remain the same tomorrow, such as your family, job, finances, and health issues.

What you can do however is change your outlook on your terms, attack them with more vigor, adopt a different attitude, a different angle and a better perspective. The following are some ways on how you can create new beginnings, giving your life a bit more jump in the process.

Making A New Start In The New Year
• Lets Just Start Over Again – Starting over doesn’t mean that you’re recouping from a previous failure. What it is instead is a completely new beginning and perspective.

What you’ve gathered and gained is immense knowledge and experiences which will help you in reaching new goals. So reignite your passion thinking what it’ll feel like once you achieve those desired results.

• Taking One Step At A Time – Moving throughout your life is similar to climbing up a staircase. One foot forward, up one step at a time, although you will have setbacks and go down a notch. You’ll still be ahead, however, further then you were previously, last month, or last year.

One thing for certain is that in life, nothing ever goes as planned. So some patience is needed, provided you know where your new found direction is.

• Creating Your Own Life – You’re able to create a completely new life path if you want to, provided you approach it correctly. At times, new ideas can turn into bigger and better things.

Begin by visualizing which positive outcome that will fit your particular issue. This because medical experts are continuously recommending visualization techniques for their patients who have chronic illnesses. The mind can’t determine the difference between what’s real or what’s illusion, so doing so can help you the same way.

• Endings Can Be A Good Thing – Things which come to an end aren’t necessarily a bad thing. So if you happen to lose your job, your house, spouse, or finances, think that whatever comes to you may be better than what you left behind. All things will eventually come to an end, so make sure you rise again.

• Starting Over Is Too Frightening – Starting something new can at times be a scary proposition, but it can also be a reason to celebrate. So view it as exciting, and most of the feelings of anxiousness will dissipate.

Know that being excited and feeling anxiety has the same sensation to the brain and the body. So it’s dependent on your mind which determines if a situation is either scary or completely exhilarating.

• Your Future Isn’t Ruled By The Past – Keep in mind that whatever you do in the future isn’t ruled by what you did in the past. This regardless of what you previously experienced or did in your life. You can always find different ways to make things a little bit different for the better, and for those around you as well.

• “Having” A New Start And “Choosing” A New Start Are Different – Choosing to start something new and having to make a new start are completely different. For someone whose life may be in chaos because of difficult times, “having” to start over isn’t a choice for them.

It may be difficult to accept support from others, and if you find that difficult, then promise yourself that you’ll one day return the favor and then decide to “pay it forward” as soon and often as you can.

• Making Healthy Alternatives Rather Than Bad Ones – Negative lifestyles are abound everywhere, or you may be having difficulty attempting to stop a bad habit. Begin by cutting back a bit at a time, this since it’s okay to give yourself the distance that’s required to stop or moderate something which doesn’t help you.

• Making New Goals And Then Reaching Them – We feel the most satisfied once we know we’re moving forward towards a preset goal. It has nothing to do with the end result, since once we’ve reached that initial goal, what we’ll do is then start a new one which is usually more difficult.

You can decide to be either “green” and continuously be learning new things, or become ripe, stale, and stagnant, and not learn anything new. It’s up to you which you prefer.

• Becoming Happier By Starting Over – Beginning something new is all about giving yourself a chance, a new found opportunity. You’ll need to become brazen and excel at learning new opportunities. What you’ll also be doing is acquiring new skills which you need to begin your next project.

Find different ways so it’ll give you new energy and motivation. The very idea and the excitement of moving forward towards your new goal also brings you happiness.

What you need to do is just begin small by taking baby steps, and never get discouraged, since you’ll be placing to much pressure on yourself. Believe that you’ll get there quicker than you think. Make this your best year.