Why Smart Educated People Lose Out To The Street Savvy 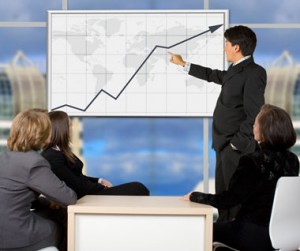 We see it all the time under different situations, the proud educated and so called smart individuals, waving around their University degree’s, who continuously loses out to the clever more street savvy individuals.

The definition of someone “smart” being: post secondary educated, experienced, well trained, and seasoned in most situations.

Smart people are able to use logic to systematically evaluate a situation, and will then determine or dictate the best possible solution which should be performed, all but in theory.

But those who are “clever,” the street smart, can actually take being smart to the next level by adding more insight while assessing the situation, and also adding a bit of genuine “hands-on” elbow grease to the solution.

These street savvy individuals when evaluating the same situation, are also able to determine the best thing to do, but in addition are capable of taking it a notch higher by finding more creative “out of the box” ways to capitalize on a given opportunity.

So when it comes to business situations, the “smart” person is someone who’s down the hall, smugly sitting in their office, proudly displaying their MBA on their wall, while analyzing and breaking down flaws in the supply chain, since that’s what their job entails.

The clever person is someone who may be on the sales force, or working on the factory floor, someone who’s actually on the supply chain, and is able to increase the productivity output himself by streamlining the jobs differently.

The key when making the best decisions, or finding the best strategies is to view the situation or problem from a completely different perspective. Necessity is usually said to be the mother of invention. So what needs to be created is a bit of artificial necessity which activates the cleverness in smart people.

You would be forced to come up with new feasible workable solutions which could involve a significant shift in the overall planning and strategy, needing to uncover new opportunities.

Your Cash Flow Stops
A consistent and guaranteed flow on income is great, but this steady stream of revenue can also mask opportunities on how you can better save money or improve processes.

So if you’re ever faced with the cash flow suddenly stopping or slowing down, then what would you do?

What you’ll need is to think up as many different scenarios as possible, then immediately begin implementing the best possible solutions.

Thinking Out Of The Box
Most businesses usually has a “mission statement” and their own set of rules, written as well as verbally agreed upon. We as individuals are more comfortable to follow routine self imposed rules of a process.

What would you do if you’re suddenly forced to stop following all the company rules, guidelines, or protocols to solve a particular problem. What if you couldn’t ask for permission or help. What if your policy manual on how to do things suddenly vanished.

Then you would be forced to think on your own, be forced to think out of the box and even break a few rules. You will then most likely discover that some of those rules which you previously followed weren’t even rules at all, but were actually conventional wisdom in disguise.

Setting Up A Time Limit
Doing something quicker saves time. So pick a problem or a situation that you have, and then set a time limit to reach a decision or solution. Say for instance that you give yourself ten minutes to decide what type of business you want to start. If you only had a limited time to decide, much like a game show, that would force you to decide.

The so called smart people aren’t able to decide on something because they come up with too many variables to the solution. They play out too many “What if I do this?” scenarios which wastes a lot of time. Often, the very first decision is usually the right one since it cuts through all the clutter while relying on instinct.

Always Shooting For Perfection
The majority of the smart people will usually view any type of improvement as a mathematical formula such as a percentage. If we increase productivity in this area by 9% percent, while reducing labor cost by 5% percent, etc.

What they always look for is some type of incremental gain rather than looking for the best solution, this because that’s what their University education trained them to do.

So instead of sitting behind your computer or writing everything down on paper, or attempting to come up with the best solution on a spreadsheet, why not try something which is more practical.

Go talk to the person who’s actually involved in doing the particular task and ask them to come up with ideas on how they could be more efficient, or be more productive.

Ask them to list down every conceivable scenario on how they can be more efficient at their job by using less material, for instance, then figure out the best practical ways to implement these ideas.

This may involve changing a number of processes, but this is at the level the work is actually executed, and it’s not based on theory in a boardroom, or being drawn up on a chalkboard.

Anyone can say that they’re smart, but it takes a lot more to be clever. So if you’re wanting to take your business or job to the next level, lose the pride, and decide to add clever as a part of your skill set.

Reasons Why The Well Intended New Year's Resolution Ever Work

Effective Steps To Jump Starting Your Life In The New Year