Entourage The TV Series Reviewed The Beginning Meddle And End 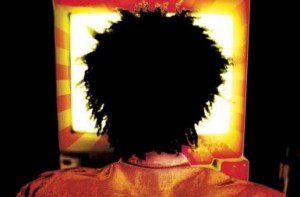 Entourage was TV at its finest which promised and over delivered an almost satire like documentary comedy giving us a “sneak peek” into the background workings of the Hollywood lifestyle. It was a soap opera made by dudes which catered to dudes. A boy version of “Sex And The City.”

There was no shame of discussing the gossip of the show at the lunchroom water cooler or in the bowels of a construction site. It also didn’t hurt that the assembled cast was a group of pretty much ordinary blue collar type of every day guys, best friends who targeted and won life’s lottery when one of them became a superstar Mega A-List actor.

The majority of the earlier seasons and episodes displayed pure cinematic genius. Entourage gave the viewers a voyeurs look into the backroom lives of the up and downfalls of the rich and famous, with a splash of skin and foul language to make it as realistic as possible.

[ad#co-1]
One of the best sample slices was the “Medellín” story line where they went full tilt, even with its own web site. This provided for tremendously brilliant and riveting television viewing. Getting the actual movie made, then having it bomb, and then rebuilding Vincent Chase all the way back up again to be a super star actor was truly a treat to watch.

Then at some point, Entourage began to sort of suck. They began to angle Vince as a womanizing, new girl for every episode portrayal of a once ordinary guy with above average looks seduced by the luxuries of his success. But then, that’s more likely just a natural progression of fame and it was bound to happen.

After two or so solid seasons of Entourage, they had Turtle and Drama doing ridiculously stupid clown tricks based on the spoils of their friends success. Something pretty dumb each week with an usually happy outcome at the end. Drama for instance dressing up as a pink bunny just to draw in a girls attention, how riveting.

Mark Wahlberg has always said that Entourage was all about basic core male values and friendships. The glue like bond which these four life long friends shared with one another through failure and success. Then it came to the point where each episode was completely driven by Vincent constantly helping his three screwed up friends succeed.

The show eventually ground down to they are nothing if it wasn’t for Vince. Eric wouldn’t ever be a manager or never have met Sloane and her fixation to midgets. Turtle would be like Turtle and not a Super Ninja turned entrepreneur millionaire, and Drama would be the head cook at Red Lobster instead of a “B” Grade actor.

This like any other successful TV show in history had a lot of potential, but it seemed to run its course and wasted into expiration. It could have possibly continued to be a solidly entertaining show, continuing to give us the keen insights of the inner workings of modern Hollywood.

Instead, it unfortunately slid off into a terrible case of character study. We all get it, guy friends will always look out for each other when they screw up. Guys will always cover for each other when their friends decide to cheat on their girlfriends. And yes, Vince owns a “Black Card” where he can buy a $1.4 million dollar ring on a whim when cruising through the boulevard.

So it just turned into a bit of a disappointment. Good potential wasted. Lazy writing included. Ari and his story line was possibly the only worthwhile one to watch until the end.

Entourage despite how much of a shallow skim of life it may of been, the story line always seemed a lot “lighter” than how they ended the series. The target is obviously to make it as puzzling as possible to what the characters would do next. They all pretty much ended up where they began, but then, series endings are never graceful.

So for the finale of Entourage. The span of the series from Season 1 – Episode 1 went from excellent to then mildly amusing near the end, the finale was pretty much lame.

So we’re supposed to believe that a sophisticated and sharp intelligent journalist is suddenly going to marry some guy that she didn’t like after a day together? We’re supposed to make believe Ari would just walk away from absolutely everything he built? Well, maybe this one is the most believable as he has the money and the brains to start over again. Or that we should still be giving an ounce of crap about Eric and Sloane, really? No.

And Drama, Turtle and Lloyd as usual were left on the sidelines and didn’t do much else besides just catering as glorified “extras” for the main characters story lines.

A lot of dudes and dudettes watched Entourage just because of they wanting to be like them, living a part of their lives through their favorite characters. Not that watching Entourage had to tell us or anyone else what’s right, but it’s obviously a difficult choice on how to end it to satisfy everyone… What? Oh right, There’s a movie.

The Best Free Office Productivity Software For Your Small Business