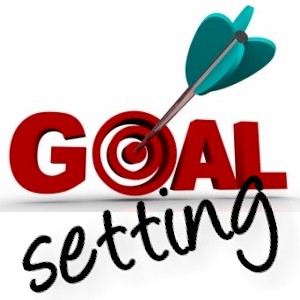 Setting attainable goals is a strategy which is recommended by experts who are in the know. As doing so becomes an effective strategy that can help athletes, students, and business executives to be able to reach their ultimate peak performance.

The process which goes into setting these goals, not only influences their performance, but is also linked to making positive changes in a variety of mind states. This includes improving one’s confidence, stamina, and motivational levels.

Goal setting techniques are usually preached by those in authority, such as teachers and parents to their students or children, this to promote achievement or accomplishment by setting out a plan. For these goals to become effective, the process also needs to involve collaborative effort.

So to help these individuals in mapping out their own success, well defined goal setting principles need to be applied.

The Steps Of Proper Goal Setting
The Goals Should Be Reasonable And Achievable
The most effective goals are usually challenging, yet still remain attainable, within reasonable limits and inside its boundaries.

If a goal is set too difficult, then most will quickly lose interest and the drive to complete them is lost, as they’ll become discouraged. If a goal happens to be too easy, then the task will be accomplished with minimum effort, and boredom can set in.

Making Goals As Realistic As Possible
What the individual needs to understand is how each and every goal will help them in improving their performance. Goal setting helps them to learn that any type of improvement is the result of dedication and concerted effort.

The Commitment Of Reaching Goals
What’s required is acting on a preset goal, doing something on a daily basis. This becomes important since it’s not what they do sporadically every once in a while that shapes their lives, but what’s done consistently.

So the athlete, student or businessperson needs to do is always buy into their goals, and then work towards achieving them as systematically as possible.

Focusing Directly On The Process
In addition to these steps, researchers have found that there’s a few key principles which enhances the effectiveness when it comes to these goal setting procedures.

What may be the most important is that any goal needs to focus on the exact process of performance, rather than what the end product or result is.

Goals Which Are Focused On The End Result
For instance, a final “outcome” goal is when an athlete wants to win a game, or get the Most Valuable Player award. Although these can provide a sense of accomplishment, purpose and direction, they also have flaws.

This because if the goal for the athlete is to go undefeated the entire season, and then they happen to lose their very first game, then that particular goal is over, immediately.

So the goals should be focused more on the actual performance and learning, as they’re more defined by what the athlete or student needs to do to make them successful.

For example, instead of just setting a broad goal of just winning the game, set goals on making less or no mistakes. Something that’s more detailed and within the athlete or students control.

Go As Slow Or Fast As Needed
Process goals become useful when it comes to teaching. To get better at whatever they’re doing, the individual flaws are then revealed and know what they should improve on, rather than setting overall generalized goals.

These process goals are usually set in small increments, one step at a time, inch by inch, one day at a time. Setting these short-term based goals become effective for a couple of reasons.

Flexibility And Better Control – Goals and expectations can be easily altered by being raised or lowered, this to keep them challenging, but are completely realistic as well.

A Better Evaluation Of Success – The objective of each step is that it gives the athlete a sense of accomplishment by taking these baby steps, which then motivates them further to reach their long term objectives.

When Goal Setting Fails To Work
Although there are plenty of advantages when implementing a goal setting program, there are some issues which can arise.
• One problem can be setting way too many goals too soon. This can become overwhelming, and result in system overload. So to avoid this, what should be done is prioritizing goals while focusing attention on just a few which are the most important or immediate.
• Some goals may be too general. If you’re not able to measure the goal on a specific number, then it’s just too vague to be used effectively. Again, keep in mind that process goals are preferred to production goals since the subject will have better control over them.
• Some will just have a bad or a negative attitude when it comes to goal setting. When this is the case, it’s better not to force them and their participation.

Often, they’ll begin seeing the benefits as well as the enjoyment which others are experiencing because of the goal setting process, and as a result, will eventually come on board.

Activating The Goal Setting Process
Experts in this area have learned a lot about how to first design and then execute effective goal setting programs. To become as successful as possible, a systematic approach similar to these need to be applied.

Becoming The Chief Directive Of Your Life You Are The Boss