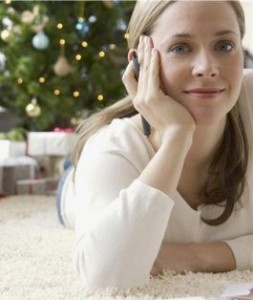 There are just over one half of all online consumers which claim that they’ll purchase the majority of the their holiday gifts this year on Web based eCommerce sites. The majority of these shoppers will also be using their smartphones or tablet PC’s to shop for these online holiday bargains, according to an annual survey based on seasonal shopping habits which was recently released.

Close to 60% percent of those who were surveyed indicated that they’ll do the majority of their holiday gift shopping on the internet, which is a significant increase from the 43% percent the year previous on the same survey.

However, the percentage of these respondents indicated that they’ll be just researching online for holiday gift suggestions, but may not actually be purchasing online, which didn’t change that significantly, actually dropping just slightly to 64% percent from 68% percent the year before.

[ad#co-1]
Free Online Shipping Is A Hit
It appears that the biggest incentive for most who shop and purchase online are sites which offer free shipping, which was cited by over 72% percent. The next best incentive was being able to find better lower priced deals and discounts which were in stock.

Going To The Mall
Among all of the consumers who actually go to the mall and physically shop in the stores, more than half, over 56% percent indicated that they’ll be actively using their mobile phones this year for shopping.

The main task of using their mobile devices will be to compare prices when inside the stores, as well as looking for and using in-house coupons or rebates. Over 30% percent claim that they’ll be using their tablet PC’s for the same purpose.

Over 40% percent of consumers who were planning to shop with their smartphones expect their devices will be able to help them to get better discounts, while 34% percent of all tablet users felt the same way. 30% percent actually used their mobile device so they can receive alerts if a certain product is in stock or on sale.

Retailers Should Be Aware
Retailers now cannot ignore the challenges which are presented by these mobile shoppers who are constantly checking or comparing prices using their mobiles while still inside their stores.

Their actual response to this should be using this actual customer segmentation to providing them with detailed pictures and descriptions of what their customer happens to be looking for. This type of information can be used so they can develop an application which can attract shoppers to differentiate and offer value-added services.

Allowing the use of mobile devices for the retailers sales associates can also be a useful tool as they’re able to enable and offer real-time, in person service with the customers that’s as good as, and even at times be better than what’s experienced by the mobile shoppers.

Cautious Holiday Shoppers
Overall, the survey indicated that the majority of consumers are planning to shop cautiously this holiday season, although many who are more affluent, as usual, will be spending freely.

The majority of the respondents indicated that their spending habits this season will be “controlled.” There were close to 90% who said they’ll be spending the same or even a little less than the previous years.

Shoppers Becoming Savvy
Shoppers are now becoming precise as well as savvy shoppers more than ever before. They are now extremely focused and will be extremely targeted in their research and price comparison as well as where and what they’ll buy.

These shoppers are way more inclined to shopping around for the best possible prices. Stores should now be focusing on providing a shopping experience and extending their services which create a sense of “value-added” service in the mind of these shoppers. The research data provides that holiday shoppers are now becoming extremely value conscious than ever before.

How to Write Your Own eBook For Amazon Kindle's Bookstore

My Love Affair With Rain It's Always Sunny When It Pours