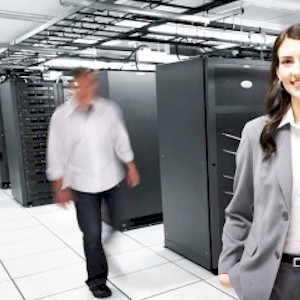 It’s a well known axiom of any business, that there’s two ways to improve the bottom line, to generate more profits, this for mid to larger sized companies. The first most obvious way is to increase revenue, to generate more sales, and the other is to cut internal costs.

But realize that most businesses have a difficult time “cost cutting” their way into more profitability. On the other hand, the wastage and the excessive internal costs that’s incurred, will unnecessarily shrink a portion of the hard earned profits that the business generates.

So to get ahead in this rapidly competitive business environment that we operate in, both methods need to be engaged. Increasing sales revenue obviously leads to more profits, while efficiently improving operations internally, improves the bottom line.

What To Cut Loose
Once a business decides to cut costs, it becomes a stated or at times an unstated business objective. This once the auditors of the company discovers chronic bleeding of profits, this within the internal structure of the business.

What then needs to be improved are the internal operations of the various departments within the company, analyzing how they’re performing, how tight the processes are.

If these internal methods can be improved, then the losses and the wastage will be lowered, allowing the business to generate more profits from the inside out. So the attempt is to reduce the operating costs of the business.

To Cut Business Costs
The usual process, the most easiest when attempting such cost cutting measures, is to locate the “low hanging fruit” first. So to reach their objectives, the owners will send their mid-managers on a fact finding mission.

These managers are assigned to identify all of the superficial expenses, this in the hopes to justify their costs. For instance, switching from disposable coffee cups to mugs, or cutting back on amenities in the break room, often gets the first cuts.

Although there may be savings realized in these areas, but when it comes to increasing efficiency, this hopefully without laying off staff, usually runs much deeper than these expenses.

Using Process Improvement
This is where a more in-depth process is needed, locating problems within how operations are performed internally. The methodology when it comes to finding these “money pits,” is known as Process Improvement.

The concept of process improvement is to lay out, to diagram a particular business process, this right from its inception to its final completion, while documenting the stages that it goes through.

The handling of the particular process, this to precisely pinpoint the areas where any inefficient or outdated methods are used, which potentially is the cause of excessive costs when executing that process, this while en route towards the final stages to its completion.

So there’s been certain areas of a companies structure which has been identified, as being potential candidates for process improvement.

Once this happens, the department managers will usually introduce additional paperwork along with unnecessary processing, this to cause extra “work,” which just slows down the efficiency of their department.

While completing their task, the thinking is that they’re being more precise, while not wanting their department to take the blame if something along the production chain goes wrong.

This costs the department and the company time, this by slowing down the process, which in turn reduces the profitability of the organization.

Poor Communication Issues
Process improvement will sweep through the entire organization, searching for ways on how each department is able to add value to the process, this from start to finish.

If communication between the departments is flawed, the process can grind to a halt, and production can be delayed for significant periods of time, this until they find where the communication breakdown has occurred.

These breakdowns can be a tremendous drain on the company. To correct this issue, modern tools of communication needs to be utilized, this so each of the personnel in charge along the process chain can be notified.

They need to be quickly made aware of the work that’s done, and a method on how they can signal to the next person down the line, that their step is completed or delayed, that the process is moving towards the next stage.

Inefficiency In IT Infrastructure
Most companies continue to operate using outdated computers, programs, and protocols which aren’t networked with one other, which causes additional work to be performed.

This could be manually transferring data from one system to another, or into a different program, this only to be reentered again, this once it reaches the next department down the chain.

So what’s needed is a protocol of standardization within the company, that’s capable of automatic efficient integration of the data which will prove to be time efficient, saving the company money.

Refining The Entire Process
What’s required is streamlining the entire process, this by tracking a command from its inception, right through to its conclusion, this to remove the kinks and the clutter. This then removes the inefficiency and the wastage of time, which was inherent to the process.

What needs to be inspected are the precise integration designs, both at the IT level as well as at the process level, this to efficiently move production along from one department to another quicker.

The final outcome then becomes a streamlined organization that’s no longer “bleeding profits,” this because all the wrinkles in the process are eliminated, which then increases profits from the inside out.