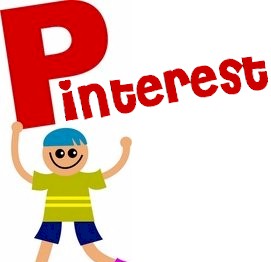 Pinterest has shot up like a bullet in the social media rankings, and continues to be a top source of traffic for a number of companies and individuals.

Pinterest now attracts more than 3 million visitors per month and growing, so if you’re interested in building your own brand visibly, doing so with Pinterest can be the route to go.

What the majority of brands have discovered is that it’s not just about sharing random images, and then waiting for their photo to go viral. So through extensive effort and testing, what’s been discovered are the most efficient and effective Pinterest strategies which can command the best results.

Become An Active Pinterest User
There’s really no significant difference between the brands which are on Pinterest, and the regular users such as yourself posting pics. All of the functions such as re-pinning work exactly the same.

So knowing how individuals navigate through this social platform may be the key, such as being familiar with knowing all of its nuances, which may be important prior to establishing your brand. So do as much research and testing as possible.

Begin Following Pinterest Power Users
Begin by finding who the biggest Pinterest users are, the ones who own the largest and the most popular Pinterest boards, say with 10,000 or more followers who are in your niche.

Then become virtual friends with them, and doing so may be easier than you think, this since you can track down their Twitter handles, Facebook accounts, or their blogs, and then access them and make yourself visible. Become friendly with them, and then start cross-promoting.

Following Smaller Niche Specific Brands
The smaller niche orientated brands are the ones which you can immediately contact, and hopefully have some type of influence on. So begin tracking these brands, and get their attention by commenting, liking their pins, and re-pinning them. Consistently doing so will eventually get their attention and will pay off dividends.

Follow The Big Brands As Well
The majority of the bigger brands which are already established are admitting that they’re not overly successful on Pinterest. Although they’ll have a solid foundation of followers, most of them are in the process of still finding out what works best for them.

This is where you can help them. If you’re always sharing stunning visuals which leads towards high-quality content on topics which are relevant to their audience, then there’s a chance that they may decide to re-pin your pics.

These major brands will gladly share your stuff if they find it’s relevant to them, this since they need to be active by sharing visuals. So make it easy for them to do so.

Make Sure You Have Superior Pinterest Visuals
The quality of your visuals, your images and the photos which you post are key since they’ll automatically command a reason for re-pinning. So the initial step is to find the best photographer (you?), or the best illustrator that you can find.

What you need are high quality unique images or illustrations which should be your own and not rehashed, with concise articles which serves a purpose.

Begin With An Eye Catching Title
The biggest challenge when using Pinterest is getting the user to click on the pin itself, this instead of they just simply sharing it. It can at times become frustrating when there’s a lot of your images being shared, but there’s no one who’s clicking through.

So you need to ask yourself why they click in the first place. The obvious answer being that you need to make the descriptions of your pins concise and clear, while mentioning where it’s leading to.

Placing Text Directly On The Image
One way to make sure that the description of the pin doesn’t somehow get overlooked, is by adding text directly on the image itself, such as a meme. You and everyone else on Pinterest, at one time or another, has clicked on one of these.

Although it’s difficult to do so while keeping your image visually appealing, the end result has proven to be extremely effective. It’s been proven that the pins which are the most popular are the images with text on them.

Properly Organizing Your Pinboards
Your viewers will not always want to follow each and every topic or category that you offer. So allow them to pick and choose what they want to see. It’s also recommended that you don’t have too many of them on one page since it forces the visitor to scroll down to see more boards, which most won’t bother to do.

So focus more on well thought out curated boards where the categories as well as the content are all properly laid out and defined.

Naming Your Pinboards
Keep your pinboard names as simple and concise as possible by using names which are memorable and provoke emotion, such as, ” The Juiciest Juicer Recipes Ever!” If you currently have poor bland boring names, you can always change them.

What every pinterest user will usually do is make a split-second decision on which visuals they want to look at, as images have the lowest retention rate on the Internet. Also, once your viewer is gone, they’re usually gone for good, and most likely won’t return.

So it’s recommended that you avoid all of the generic words and terms, and use words which will stir up a response, making it more enticing for them to click through.

Optimizing The Size Of The Pin’s
What pinterest will do is automatically re-size all of the images to fit its pinboard grid, so if your image happens to be rectangular, they’ll as a result get adjusted the most.

For the most part, the longer that the image or infographic is, the more re-pins that you’ll usually get. The reason for this being that the vertical pins look a lot more prominent once they appear in the feed.