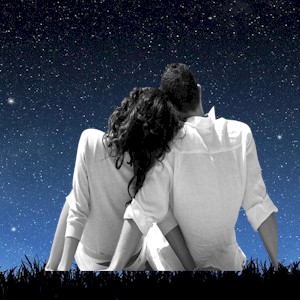 We constantly hear over and over that what we think of, we become, turns into reality. The reason why we repeatedly hear this is because it’s true. This in our state of life, work, and our relationships. We all seek loving companionship, but would rather find ways to fault it.

We want to be with someone, but it’s their differences instead of the compatibility which keeps us apart. So whether you have relationship problems or are looking for one, it’s our personal beliefs and our attitudes, that we need to define and resolve first.

What we have are sets of limiting beliefs when it comes to attempting a relationship, the ones we hope blends into love, which can become misaligned. It begins by discovering and identifying what these beliefs markers are, and then getting over them.

The Belief Love Fades Over Time
Love like a wilting flower fades, this once the butterflies go away, this once you’ve been with a partner for much too long, it gets stale and the love flounders, is a common belief.

Because our thoughts shape what our reality is, remains the only reason one thinks that love tends to fade. What they don’t want or expect is love that lasts, so they never get it.

There are those couples we know who’s been married for decades, and you can tell the passion is still there, that they’re not staying together for security sake, or because divorce lawyers are too expensive.

So set an example, demonstrate how love and passion can endure the test of time. The more that you believe, the easier it becomes possible to recapture the love, like the first day you met.

No One Is Perfect
Relationships get muddled and mundane, and then what we do is focus on what annoys us the most about our partners. That bald spot, that extra flab on the belly.

Although they have excellent qualities, such as empathizing when you’re down, we instead focus on the negative traits, this in the pursuit of perfection.

What’s focused on are things which immediately annoy, such as leaving the toilet seat up, taking too long to get dressed. The more they do it, the more irritating it becomes.

Instead, focus on the things that they do well, rather than what they don’t. Make the commitment to tag their positive traits.

No one’s perfect, so learn to accept their flaws while steering your attention towards what you appreciate, this by telling them what they need to improve on.

You Need Your Partner
What some believe is that they need a relationship so they’ll be or feel complete in life. A relationship that’s built on “need,” is a crumbling foundation built in quick sand.

Once we think we need something, we create codependent relationships which becomes difficult to step away from. Once we become needy, the relationship is built on fear instead of love.

Once we believe that we need someone, we lose our independence and then become crippled by the thought of losing them, that they’ll run away from us.

Instead of being drawn to them because we want to be with them, we stay because we’re scared of being alone. What fear does is it attracts unwanted elements into our reality.

One common result when “needing” a partner is it can become abusive, dominant, or submissive relationships.

Just Let Go
Most then become trapped in a cycle of mental and emotional angst, this because of this need for a relationship, which they can’t let go, even thought they realize it’s not good for them.

Once you realize that you no longer need someone, then you’ll be much better prepared to find and keep a healthy mutually satisfying relationship.

You’ll both be on the same vibrational wavelength, who wants to be with each other, while not needing an emotional crutch to lean on, where the door is always open for either to leave.

Thinking Infidelity Is Unavoidable
What everyone hopes for is a faithful relationship, to trust your partner unconditionally. But the stark reality is, it’s in our human gene code to be unfaithful and untrustworthy.

So many think that cheating is inevitable, that the forces of the universe will bring you a partner who’ll cheat on you, and you possibly on them.

So it’s unavoidable not to have trust issues, this when you yourself at times can’t trust yourself, this in times of blind lust.

So instead of thinking about that ex-partner who cheated on you, or the friend you know who dates married people, do your best to brush these influences out of your life.

You never really know what anyone is doing in their private lives, those deep dark secrets that they or you hold in your marriage.

So work to create a perception which is based on trust and fidelity, if this is the reality that you want, knowing life isn’t perfect.

Believing Separation Or Divorce Will Happen
What the media dwells on is that 50% percent of all marriages will eventually end in divorce. Instead, why not focus on the other 50% percent of couples who stay married.

The more that we focus on the epidemic of getting separated or divorced, the more that we bring ourselves towards the vibe of divorce, which is something most prefer to avoid.

So choose to look at the married/divorced issue as a glass half-full. Hope that your union will be successful, while others will crash and burn with relationship problems.

To create healthy happy relationships, it becomes important to clear out all the limiting beliefs that we carry about dating, love, and marriage.

Choose to have positive, high expectations for yourself, which becomes critical if you’re wanting to manifest a fulfilling romantic relationship.

How To Transform Your Emotions After They Become Bad Habits