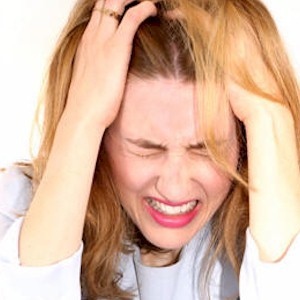 What that inner personal strength that we have requires are defined approaches from various angles, which includes regulating our emotions, managing our thoughts, and behaving appropriately and productively, this despite the circumstances we’re facing.

While taming them can at times be a struggle, it’s our thoughts which makes it difficult for us to be strong mentally. As we go about our daily lives, the tasks and the routines, it’s our internal self talk that we hear first, this when it comes to what we need to do next.

It’s our self talking mind which guides our behavior along with influencing the way that we’ll interact and treat others. Doing so also plays an important role on our self-esteem, how you judge others, and how you interpret the world.

The Problem With Thinking
The issue becomes that most often, our conscious thoughts, our inner narrative isn’t realistic or sane, but instead, they’re rather inaccurate and at times irrational and egotistical.

Then once you believe that these incoherent thoughts are true, it can lead towards a host of problems such as relationship issues, poor communication, and unhealthy warped decisions.

So when you’re attempting to reach your personal or professional goals, the key becomes recognizing and then judging these irrational thoughts. There are a variety of obscure thinking patterns which stems from our minds.

You Generalize Too Much
It becomes easy to take a single event and then generalize it, lumping it together and then making assumptions. If you failed at doing one thing, then you might think, “I suck at doing this,” categorizing under one roof everything else that’s related to it.

Or if you’re treated badly by a relative or coworker, you might think, “Everyone of my relatives (coworkers) are rude.” Instead, take note of the circumstances and the specific situation and treat them differently.

Attempting To Read Minds
You can’t really be sure what someone else is thinking at any given time. Yet, everyone on occasion puts on their “Kreskin” hat and assumes, anticipates what’s going on in another person’s mind.

Such as, “He must of thought that I was extremely stupid during the meeting,” which makes a complete inference that may not be true, this based on actual reality.

So always remind yourself that you’re most likely wrong, that you’re not that good at reading minds, this when it comes to the perception of others.

Get Too Emotional
Your emotions overtakes you, which are usually not logical or that realistic, although you might believe that you’re being completely rational.

If you’re thinking about finding a new job, you might be thinking, “Since I feel a little uncertain about this, then maybe I shouldn’t be changing jobs.”

Or you assume that, “If I feel that I’m not good enough, then maybe I’m not.” It’s important to know that emotional reactions aren’t always based on the truth.

Making Poor Comparisons
Once you begin to make bad or unfair comparisons about yourself, what can become delayed is your motivation. When comparing yourself to someone who’s extremely successful, you think, “If he can do that, then so can I.”

This usually isn’t helpful, especially if that person has a competitive advantage, or has had some lucky breaks in his life. It’s not fair to measure your life to someone else, but instead just commit yourself to your own success.

You Go All In
You think life in black or white, go big or go home. That there are only two categories, win or lose. You look at everything you do, each and every project that you attempt as either a success or a failure.

What you need to do is recognize that there are various shades of gray, learning and fixing mistakes, this rather than thinking everything as being life or death.

Dwelling On The Negative
If a string of good things happen to you, and one bad, what you shift your attention to is that one bad event, while filtering out or forgetting all of the good things.

Then you think you’ve had a bad day, this despite all of the positives which occurred. You might look at your performance and then decide it was “bad” since you made that one mistake which wasn’t even that drastic.

What constantly ignoring the positives does is it prevents you from developing a realistic attitude. So establish a balanced outlook by weighing both the good and the bad.

Things Aren’t That Bad
At times, you’ll jump to conclusions thinking that things are worse than they actually are. If you don’t save enough money one month, then you think you’ll end up poor or bankrupt.

Although there’s no evidence which supports it, thinking that way can send you in a tailspin, forcing you to think paranoid or defensively.

Once you begin to think all this doom and gloom, realize that there’s always alternate choices you can make forcing different outcomes.

Instant Labeling
What you do is immediately place labels on people. Once a coworker makes a mistake, you might permanently label her as an “idiot” in everything else she does.

What labeling people or experiences does is it categories them, although they’re most often isolated incidents. What needs to be avoided is automatically “tagging” them.

Recognizing Your Mental Thinking Errors
What needs to be recognized are your errors in thinking, this by challenging these thoughts. Look for evidence that your thoughts aren’t always accurate, then replace them with more realistic ones.

Altering the way you think might initially take a bit of effort, but eventually the outcome will turn out better, while also feeling better about how you think or behave.

You can then make peace with yourself, your past, look at the present differently, and then plan your future more effectively to reach your goals.