How To Be Cool By Going Green And Environmental Friendly 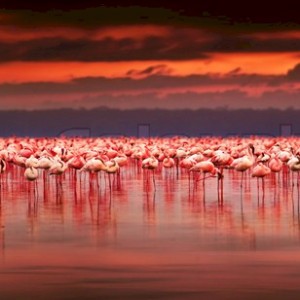 Green of all shades is becoming the current color of hip. This because we as collective individuals for decades have being accused of attempting to burn out this planet that we live on.

This conclusion was reached from what’s previously known about our traditional societies and forefathers. Our little green planet is beginning to sputter and no longer as sustainable as it once used to be.

Some claim that we’re now living on borrowed time if we continue to live as excessively like we have in the past, it will begin to take its toll. This includes taking complete advantage of the natural resources our planet has to offer.

This stems from the “me” generation, where the mindset was taking and gaining as much as possible. Where life was all about looking out for Number 1. We once adopted a “me, myself and I” attitude and lifestyle that we need to separate ourselves from.

We’re continuously looking for our own interests first, more than anytime in the history of mankind. We value the present more than we do the future, we’re concerned more about our personal status.

We emulate the behaviors as well as the characteristics of those around us, and, we disregard and ignore the various global environmental threats that are knocking on our door.

There has been a recent movement however, where humanity as a whole is beginning to adopt a greener life style. We’re beginning to look at the long term solutions of our current lifestyles, such as, improving waste management, relieving the over consumption of resources, and controlling the population, a lot better.

So listed are tips on how we can all begin adopting a more sustainable lifestyle, and look better doing so.

Getting More Involved Locally
We humans are generally a social interactive bunch. We imitate the behavior of our neighbors. Once we learn that the residents living on our block are actively beginning to conserve energy, by decreasing electrical energy or water consumption, we usually follow suit.

Public appeals asking others to reduce water consumption during hot weather, for instance, which causes shortages, directly affects individuals who are connected and concerned about their neighborhoods, and are wanting to be proud members of their local community.

Standing Up To Neighborhoods With Less Crime
The majority of our environmental problems are blamed directly on our human short sightedness. But there are always ways of getting people to value the future a little bit more.

Research suggests that it does matter where we grow up. One recent study found that those individuals who happened to be raised in a relatively unstable environment, or in a dangerous neighborhood, will be more than likely to consume excessively, as well as start a family earlier in life.

As a result, what needs to change is the desire to improving neighborhoods while reducing crime rates, changing the orientation of these individuals, so they’re less materialistic and more aware about the future.

Yes, Hybrid Cars Are Now A Social Status
They also improve your sex appeal. To go green is to gain status in the eyes of others, particularly the opposite sex. This includes hybrid cars which were once expensive, but are now becoming relatively affordable.

A decade ago, you would wonder who and why anyone would bother driving a hybrid vehicle. Their sales in the past few years, however, has been on the steady upswing.

This because driving a hybrid vehicle signals to others that you’re thinking “green” in several ways. It shows that you’re concerned about the environment, but it also signifies that you’re more well off than others, while displaying a certain snob appeal.

These are the signals that you’re relaying to your neighbors, co-workers, and your friends. Research has shown that women find men who happen to display a concern for the planet, more attractive.

Becoming More Human
One thing that we humans are usually concerned about is our reputation. There are studies which suggest doing something simple as placing a photograph in a public place which displays a persons eyes, has an effect on individuals. This is because looking at a set of eyes, even in an image, gives us the feeling that we’re being watched or judged by someone.

And when we’re being watched, we subconsciously do the morally right thing. So placing pictures of people in your office, at home, or installing visible CCTV cameras in public, makes us react more human.

Looking At Nature And Natural Beauty
We humans have survived and evolved over thousands of years by living in a natural outdoor environment. Because of this, we have an innate tendency to instinctively appreciate other living things, such as our pets and other animals. We also feel our best when we’re in a green environment, such as a park.

There are studies which suggests that when you show scenes of nature, which displays the natural beauty of this planet, or show pictures of exotic animals in their natural habitat, or sounds of nature like a waterfall or birds singing, people will tend to get in a better mood and become more trusting and relaxed.

Individuals will usually become awed by the beauty and the magnificence of this planet that we live in, and begin consciously thinking about consuming less energy and begin preserving more. These are all the signals and ingredients of leading a greener lifestyle.

So when developing influential strategies which takes into account all of the features which is human nature, individuals will instinctively begin to lead more sustainable, greener lifestyles. This is the very road-map we should all be adopting, to develop a better environmental agenda for this planet.

How Breaking News Spreads Like Digital Wildfire Across The Web

All You Need To Know About Gluten A Definition