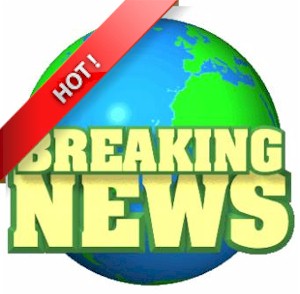 Getting breaking news is no longer about waiting for the six-o’clock news to begin, when the sparkling newscaster exposes the latest scandal on TV. One of the most stark indicators of modern news coverage is how instantly that Breaking News can spread across the Internet.

There are those who attempt to explain how breaking news can go absolute viral, and they often compare it to the spread of an illness, such like a flu epidemic, or a rapidly spreading wildfire in a forest.

Anything that goes viral, and thus becomes trend setting, the fundamental and mechanical process these actions take are all similar. This phenomenon, however, even though they do not share the same physical properties, such as, from a medical sense, a deadly flu isn’t similar to the environmental damage that’s caused by a rapidly spreading forest fire.

But what they all have in common are the methods of how they spread. They all begin in their immediate environment, begin to swirl and pick up momentum, and their sheer volatility determines how these events can cascade and go absolute viral.

Viral Breaking News Similar To A Wildfire
The fundamental similarity of something that’s terrifying as a flu epidemic, or as tragic as a forest fire is the “network” of how these events are linked.

This is the network of contacts that they have between individuals, and the networks which are created by social media and the various news reporting agency’s. This because the properties of one network can rapidly spread its application to the others.

Blame It On Websites With Curated Content
There’s an ongoing debate when it comes to the actual reporting of the trend setting news, when it comes to all of the popular news reporting websites on the Internet. Sites such as: techcrunch, engadget, venturebeat, mashable, techdirt, etc., who all have loyal followers and pride themselves in curating content.

So the biggest question which these researchers want answered is, which are the real “news” sites on the Internet, who actually reports the hard-core breaking news, and which are the sites who merely follow and then copy content.

What these handful of curated websites do is essentially take a snapshot or a quote of the exact words which are generated by a group of news wire sites, and then reinvents it with their own comment and insight.

So how do you tell if a site is curated and who is genuine. There are a group of researchers who, at the very instant when a news story breaks, they will track and immediately compare the exact words which are generated, and then create a timeline on who was original. This way, they can gauge who broke the trend setting story first.

What this does is it allows them to accurately calculate whether the content on the site is a predictor of potential future content. So in other words, whether that particular news site is a trend setter or a curator. What they then did was rank these sites based on this metric.

A Potential Flaw To The Approach
One of the problems with this approach, however, is that they can’t differentiate between news which is generated by actual current breaking news, or events, such as, a recent product launch, an environmental disaster such as an earthquake, the passing of a famous person, or news which is generated the traditional way, which requires actual journalistic research. Research such as investigating health issues or irregularities in finance, for instance.

The difference being that the instant coverage of a devastating earthquake would get significant media exposure regardless if a particular site covered it or not, whereas, an expose’ by a journalist will get “trend setting” coverage just because of the effort which was performed by a particular site.

There is also one other possibility that the real trend setters may not even be the group of sites which were investigated. The real news breakers are the various wires services around the world, such as Reuters or Associated Press, or, social media sources such as Twitter, who obviously has a huge impact when it comes to the spreading of breaking news, especially from a human experience standpoint.

So more than likely, the top news sites has a subscription to one of these wire services, they grab the breaking or trending news, and write a story with their own spin on it.

So Who Are The Trend Setters When It Comes To Breaking News
The real genuine trend setters are those who posts the wire story or whatever is trending on Twitter, first. There are also those who post so much that they actually appear to be trend setters.

So it’s not clear to identify who these trend setters are. What’s developed however are the techniques that they as well as others use. These trend setters when it comes to a new technology release, for instance, have the same impact, as well as play the same role as reporting the first victims who happens to spread a flu epidemic.