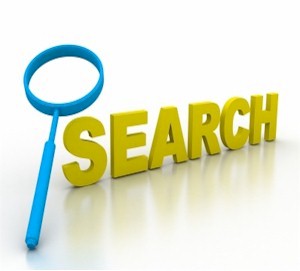 Social media now plays a larger role for your site to rank higher in the search engines, particularly presence in Twitter and Facebook, and the “Shares” which a Web page is able to generate. There seems to be a close correlation to how well it ranks when it comes to searches on Google. It’s also known that if you have too many ads which are too obvious on your pages, especially above the fold, that it will most likely have a negative effect when it comes to high visibility on the search results.

There’s also research which supports that the most well known of the “brand” websites will now have an advantage for higher ranking when it comes to Google. A study was conducted on the results of the Web’s most popular keyword searches, which included tracking over 250,000 websites, to determine which correlations existed when it came to higher ranking.

Major Brands Have An Advantage
Although it’s thought that all searches and its results are of equal stature, it was found that all of the top famous major brands, the Coke’s and Starbucks of the world, will usually have better ranking advantages over generic directory or affiliate sites.

Some of the traditional factors which were believed to help in boosting Web page ranking, such as having relevant keywords listed in the headlines and the titles, along with keyword rich articles, didn’t seem to have the same effect that it once did in the past when it came to these well-known brand websites.

So when it comes to large corporate brands on Google, and if you happen to type in a popular keyword related to that brand, the first several results were always occupied by these brands and not heavily SEO optimized sites.

So what this indicates is that applying SEO practices, especially when it comes to any corporate websites, to rank high, didn’t need to be completely SEO perfect as in the past.

How Social Media Effects Search Ranking
The presence of social media, especially from sites such as Facebook and Twitter, are now playing a larger role when it comes to better ranking on Google.

The number of Facebook “Shares” on a particular Web page appears to have the strongest association for better ranking. Twitter is also a strong factor when it comes to Google.

Too Many Ads On Webpages Harms Ranking
In the latest Google Panda update, it’s thought that one of the determinants of Google for knocking down PageRank was excessive and blatant placement of ads on Webpages. There are statistics which also support this, as sites with pages which had too many ads resulted in a negative correlation.

This does support, however, to what Google stated earlier this year, which was, “Webpages with distracting ads, particularly above the fold, may face ranking problems.”

Keywords In Domain Names Still Important
This contrary to what was thought in Google’s latest sweep, that keywords in domains won’t any longer make that much of a difference when it comes to ranking. But it was found that sites which contained relevant keywords in its domain name, such as, couponrebatecodes.com, will continue to be near or on the top of the search results.

Google had at one time indicated that keyword rich domain names won’t be as important when it comes to searches, but, this doesn’t appear to be the case just yet.

Quality Of External Links
The number of quality backlinks pointing back to a site remains a powerful factor when it comes to higher organic Google rankings, as well as higher PageRank.

To take full advantage of this, however, a site needs to have a wide variety of unrelated links from authority sites which looks completely natural. Google is now able to recognize all of the artificially created links which were commonly used by SEO marketers in the past.

What this means is that websites should have an assortment of well optimized links pointing back to their sites, which includes the use of relevant keywords as anchor text which they want to be ranked for.

The site also needs to have proportionate amounts of “no follow” links as well as links which contain stopwords, such as, “this” “here” “go” etc.