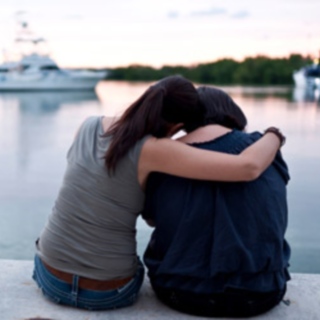 Yes you, the arrogant smug one, who doesn’t give a damn about anyone but yourself. What if there’s a choice you can make, that could alter the course of your life for the better. Know that there is. It’s the choice of moving out of you constantly judging others, and moving towards a state of compassion, for the better of yourself.

Compassion is defined as not being self-centered, having a big ego, but instead showing empathy, a deep caring for the pain of others, that’s accompanied by wanting to help. There’s nothing that feels better, and more comforting than experiencing a response of gratitude, by helping others.

Compassion however is foreign to you, although it’s the best gift you can give to someone. What you often display however is ingenious compassion, which is fake and empty.

If This Describes You
She is someone who shows fake compassion towards others, and rarely for herself. She seems to be caring, can listen compassionately, but only cares half-heartedly once prodded.

She’s there when asked, helping out with whatever problems arise, but will never go out of her way, even though she knows certain issues exists, and can use her help. She’s not lazy, she’s just arrogant and too full of herself to care.

Everyone sees her as being aloof, and she is. That’s why she often looks and feels unhappy, hollow inside, because she knows she could do more, but instead becomes fatigued and depleted. The problem is, she’s completely out of touch with her feelings.

Then There’s Her
She is so focused on herself, selfish, as she never tunes into herself, her personal feelings, or displays love or compassion towards her own being or others.

She looks out for number #1, which is herself, which is a bad prescription for major illness. She will constantly meddle in the life of others, not minding her own business, because her life and marriage is empty.

She has no idea why she’s feeling sad, lonely, or anxious. This because she’s got no compassion for herself. She’ll just indulge in filling herself with the lives of others, which is the result of having low self-esteem.

He Doesn’t Care
He also lacks compassion for others as well. He borders on being a sociopath with narcissistic tendencies. Annoying and arrogant. Just talks too much.

While it may appear he has compassion for himself, it’s just a show as he’s not tuned into his feelings. He creates the aura that he’s a loving person, but instead just does what he wants. The most common description for this person, is he’s annoying.

He buys what he wants, goes after what he wants, spends time the way that he wants. Whatever he does, his choices are for his own benefit and no one else. He needs to furnish his fears and his addictions externally.

Then There’s Him
He constantly seeks approval, rather than giving love and compassion towards himself or others. He’s also unaware of his annoying behavior, and the effect that he has on everyone.

He keeps people waiting, while ignoring or dislikes those who doesn’t agree with him, or doesn’t do what he says or asks. He then becomes judgmental rather than understanding, since it’s all about him.

Instead of showing compassion, this when someone close to him seeks him out for help, what he does instead is gets resistant, claiming that no one never helps him.

Show A Little Bit Of Compassion
A lack of compassion for oneself and others, is the key reason why there’s loneliness, along with inner and relationship turmoil. When it comes to personal growth, having compassion becomes a priority.

Moving towards a state of compassion, occurs once realizing that one has a firm understanding of their own feelings and behaviors, which then turns into having compassion for others.

Compassion grows, once one realizes that others have reasons for what they do, why they behave a certain way.

These reasons usually stems from fear, false beliefs which were conditioned when growing up, which created the painful feelings and defensive attitude.

Moving Towards A State Of Compassion
Begin by initially adopting compassion for yourself, and then genuinely show it to others. It’s a process which takes time and practice.

Moving towards compassion first, begins with repairing your self-judgment. Know that judgment is the opposite of compassion.

Once you judge yourself or others, you’re telling yourself that you’re wrong, that your instincts, feelings, or behaviors are wrong, this rather than you having a good reason.

Once you feel yourself becoming judgmental, mindfully show compassion towards yourself. Once your intention is to be compassionate rather than constantly judging, then others will like you more.

Compassion Towards Others
Showing loving compassion towards others, is a similar process. Begin by first noticing your anger, ego, irritation, resentment, and resistance towards others.

What these negative feelings are, is the opposite of compassion. Once noticing these feelings, decide to open up towards caring more, while having empathy for the struggles for those in need.

State Of Judgment
Every time you find yourself judging yourself or others, instead, judge yourself for judging, and convert the judgment into the reasons why.

If you don’t bother doing so, you’re just spinning your wheels, as you’ll remain stubborn. If you embrace it with compassion, you’ll find that the judgmental part of yourself gradually becoming less judgmental.

Just Takes Time
Becoming more likeable, loving, tolerable then becomes easier, as it’s a learned response. You’ll find that choosing to be more compassionate, will move you towards the love and happiness that you’re seeking.

All that you’re doing however, is just instinctively reacting to your controlling behaviors, your micro managing, such as constantly being a control freak.

Instead, learn to love yourself and others more. then you’ll become a more likeable human. Learn to show some compassionate empathy, and say that you’re sorry more often. I hope you get what you want.