How To Become Wealthy By Starting A Savings Plan Today 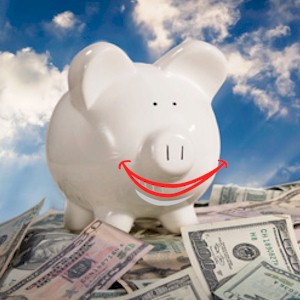 Wealth simply defined is the accumulation of money, this created by money which is given to you or earned, and not spent but saved.

If you’re wanting to build wealth, the basic rule appears that anytime you receive money, don’t spend all of it, but always save a portion of it.

This concept although simple in theory is found to be extremely difficult to do on a continual basis. There are however some readily available sources which can help you.

Begin by finding a compelling reason to start saving routinely, such as a down payment for a house, then establish it as a habit, track the results of your efforts as it accumulates, and then set financial targets to reward yourself.

Start setting aside a certain percentage of any and all incoming money, which includes your salary, any birthday or holiday cash received, etc. Then make it routine to always save a portion of it.

The cheapskates among us will always find saving money a lot easier to do, but the majority will usually spend all of what they earn and often spend more on credit.

These individuals fail to have the discipline which is needed to spending less than what they earn, or own. Then it becomes a slippery slope which is the mental and emotional struggle which is being in debt.

The only way to alleviate or avoid this is by following a dedicated strict savings plan, and then watch the accumulating results of your efforts.

In concept, it makes perfect sense to spend less than what you earn, this on a weekly, monthly, and an annual basis. This the only logical way that makes the math make any sense.

Saving For That Rainy Day Which Never Comes
So how much of your hard earned money should you be socking away. Any type of money, through thick and thin, you need to put away a designated amount, as that’s the only way to effectively accumulate your savings.

Decide on the amount which you’ll be automatically transferring into a separate interest generating savings account, this automatically once you receive any form of money, without exception or excuse.

Most financial planners will recommend a range anywhere from 3% to 10% percent as the most effective starting point for those who wants to save over long extended periods of time.

When saving just 3% percent, the amount is small enough that it becomes nearly painless to put away under any circumstances, this for even the most cash strapped of earners.

Selecting an amount that’s under 3% percent isn’t recommended since the accumulation is just too small, even if it’s compounded, and most can’t be bothered or won’t be motivated enough to stick with it.

Especially when starting out, setting aside anything over 10% percent becomes too much, this even for the highest of income earners, so somewhere in between is the best place to start.

As you begin to save that set percentage rate and it becomes habitual and a routine, it then becomes autonomic and expected. Then when the time is right, you can also increase the percentage rate.

The higher that the savings rate is, your stash of money that’s accumulating will then create more motivation for you to continue saving yet even more.

There are some who has completely adopted this ritual and are known to live on just 30% to 50% percent of their income, while saving the rest. This diligent saving can result in purchasing financial investments for instance, such as that house, which in turn can accumulate substantially over decades.

Begin By Saving Now
The most fragile period of starting a savings program is always the first few years. All it takes is just one wrong decision when in despair, or a bad impulse which can instantly wipe out everything that you’ve saved, the temptation is always there.

These wrong moves once they initially occur also don’t really appear that harmful when it happens.

But these small insidious moves can be financially draining, and then you’ll begin building a different type of habit, the destruction of wealth and falling into debt.

Avoiding The Debt Trap
Be aware of the debt trap. Try avoiding it by paying off the entire amount of your credit card balance every month, no exceptions. So don’t bother going on that vacation which you really haven’t saved up for and can’t afford. Leave your credit card out of it.

If you do decide to charge the entire amount on your credit card, then most likely, you won’t or can’t pay it off for a while, which accumulates enormous interest.

The credit card companies know this and as a result will assign extremely high interest rates to you, this instead of you earning the interest yourself.

So what you’ve done is shifted towards the dark side of finance where it’s common for your credit card amount to grow rather than shrink. You’re in debt.

So Start A Savings Plan Now
So going back to building your wealth, begin setting aside a percentage of your overall earnings that you’re comfortable with, and set up a dedicated savings account for it.

Then what you want to do is closely monitor your account statements and its growth, for motivation. Review the progress that you’ve made and how you’re moving towards your financial goals, which can become self-reinforcing.

One other motivator is giving yourself a small reward by spending some of it on yourself once you reach a certain milestone. For instance, you could begin with a goal of saving $3500 a year, and then reward yourself with something that’s meaningful to you.

Each time you double your amount or reach another milestone, you can then reward yourself again. The key is that you need to begin now, and then continue to save through thick and thin, regardless, do so and never quit.

Begin by establishing a percentage that you want to save that you’re comfortable with, even if it’s just 3% percent. Then allow this concept to turn into a set habit, and then over time, it will be of great financial accumulation to you.