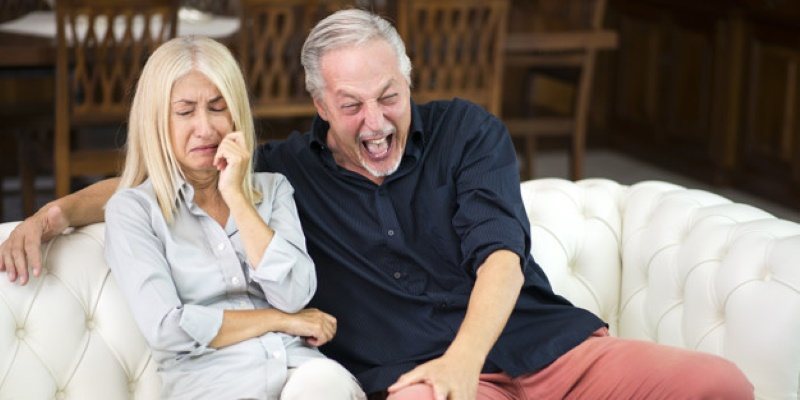 We humans for the most part are social creatures. We constantly hunger for interaction with other humans for conversation and to bond a relationship. Especially when we’re lonely and are seeking companionship.

In the attempts to do so, there are certain hazardous individuals we meet, we have difficulty trusting or they’re not universally likeable.

Yet we attempt to extend an effort towards them, to like them, to try and know them. To be their acquaintance, especially if you knew them previously, or are a relative.

The Sociopaths Among Us

There are some who you just dread running into once you see them. Or you come across one of their posts on social media, wondering what now?

They usually never comment on the lives of others, such as wishing a Happy Birthday. But will instead constantly talk about how important their lives are.

Some individuals are like industrial grade sandpaper, as they rub you the wrong way. Their demeanor and their arguments are constantly contrary to everything you say.

Attempting to understand unreasonable or unlikable people, the “I’m not pretty I just look that way” friends, usually provokes certain interpersonal crises which aren’t your fault.

Most usually have nothing to do with you, as you know them by name only, and you don’t really care who they are or what they do.

Me Me It’s All About Me

But once you’re required to deal with these types of disordered people, online or in real life, don’t fret. Don’t make the classic mistake of attempting to make the relationship or conversation somehow work.

When forced to deal with these odd fellows, avoid jabbing a stick at them, those who has a slight personality disorder.

What they display are characteristics where some has narcissistic or psychopath tenancies, and all you’re doing is feeding their empty ego.

Interacting with them may result in you feeling bad about yourself once you walk away from them, as they’ll often say or do things that won’t quite sit right with you.

How To Spot A Sociopath

They’ll often have a charming exterior and delivery about them. Have an easy way to make you listen, or do or say something nice, which makes you confused about who they really are.

Most will instinctively choose to focus on just the good things while downplaying or dismissing their pathological ways, often usually at their peril.

Although most don’t have a full-blown personality disorder, many will border on related traits which exposes them from time to time.

They usually reveal themselves at the most inopportune times, such as under stress or duress. What then happens is they take a hit on their self-esteem, knocking them down a notch.

The Signs Of A Sociopath Personality

• They have a difficult time having a fair balanced conversation as it’s always about them. They’ll twist your words or ignore them, giving you the impression you’re the one who can’t communicate
• There are some who will take subtle jabs and stabs at you or make overtly demeaning comments. They will deliver cutting sarcastic remarks usually disguised as humor
• They don’t respect the existing boundaries of human nature while they enjoy stepping all over you
• They’re not willing to consider your point of view, as accurate as it may be. They won’t listen to your opinion by either ignoring or exploding back at you, when you’re attempting to explain something
• They can be excessively charming and at times appear too good to be true, while you know they have an ulterior motive in their favor

Minimizing The Exposure To Any Type Of Pathology

• Remain As Logical As Possible – If you need to reason with these individuals, remain as grounded as possible.

For instance, when you pose position “X,” they’ll usually counteract with position “Y.” What they’re attempting is to prove they’re right while what you say doesn’t matter.

Those who are unreasonable usually just don’t care, and their response or a lack of one will often make you more upset. So it’s best to keep the communication as fact based as possible while using minimal details.

• Attempting To Change Someone – You at times will have certain people in your life who you feel could or should change, but they always end up disappointing you.

But then yet again, you fall for it over and over again. You get your hopes up high as they’ll initially treat you nice, appearing to have turned a new leaf.

Just stop yourself and accept this person for who they really are, which will most likely prove to be a relief.

• Focus In On Their Conversation – One method to avoid becoming a target of manipulation or demeaning comments, or having your words completely twisted. Is by saying as little as possible.

Volunteer as little information as possible by getting them to talk about themselves, which at often isn’t difficult. This since they think they’re a more important conversation subject than you are.

• Don’t Bother Trying To Get Them On Your Side – Don’t attempt to try explain yourself, or try getting them to understand what your saying. Never ask them to empathize with your point of view.

Don’t bother trying since they most likely won’t, and don’t care. After all it’s all about them. You’ll most likely just feel worse just for trying.

• Create A Distraction For Yourself – If you absolutely need to spend time with someone who is a sociopath, make sure there’s some type of distraction.

Focus on being distracted by your smartphone or by watching TV, or have the interaction based on some type of activity. Offer to do something that takes you away from they being the main focus.

If you’re able to distract yourself somehow while taking the attention away from them, the better off you will be.

Socializing Around Them – It may at times be neccesary to have a drink or two around individuals who are a sociopath.

Doing so however makes you that much more vulnerable, while you expose yourself by saying or doing something that will make you look or feel bad, or make you a target.

Because They’re A Part Of Your Life

If you hold firm to these tactics by managing to control these interactions, while being as friendly and civil as possible. You then might be able to manage the relationship better.

This usually comes in handy around those you can’t avoid.

This could be an overbearing employer or a relative, someone who’s a permanent fixture in your life.