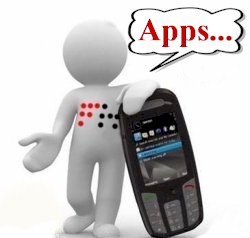 So you’ve come to the conclusion that you or your company needs a mobile app. You went ahead and decided which of the mobile platforms to use, whether it be Apple’s iOS, Blackberry or Google’s Android, and have even gone as far as assigning or hiring someone to build it. You have written up and approved the sketches, design and functions and are now anxiously waiting as the development team hammers out the final details and product… well, it’s ready.

You are one of the first to download it onto your mobile device while congratulating everyone for being so cutting edge as well as tech savvy. Adding a company based app can indeed potentially add a positive impact for your business, bring in additional users or clients, serve as another avenue for revenue while increasing added internal productivity. But launching that app however is only the beginning.

Maintaining Your App
Just like any other revenue stream or expense in your business, such as your product, services, branding or managing your Web site and computer hardware, the app that you just created requires maintenance and upkeep as well. This includes keeping the application updated as well as keeping it bug and virus free, which requires additional time, expenses and expertise.

One of the best features of a good app is that it’s always kept updated. All of the popular apps on the market, including the recreational ones such as games, will require constant attention especially if it goes viral. What needs to be maintained is the avalanche of data that it collects from all of the multiple sources it’s connected to as it changes constantly. There are also continuous upgrade patches as well as simple bug fixes and constantly adjusting it to issues such as tweaking it based on customer feedback.

But as the app itself begins to mature, settles in and gains popularity, most of the initial issues when first introduced should be under control. You’ll also need to develop some type of plan for what changes or upgrades are in store, as well as when they will be scheduled.

When a company or developer first releases an app, they don’t know or realize it goes far beyond just releasing the app once and that’s it, you’re done, especially if it’s a paid app. The end user of the app are always expecting to get constant as well as free updates, especially if it’s from the Apple App Store.

So, you need have to have a scheduled timetable as well as having a ‘code base’ that is ready to be updated as well as expandable. For any mobile application to succeed, as well as continuing to succeed, you’ll need to provide excellent ongoing customer service, as well as providing maintenance and updates. Accepting and then responding to customer feedback will and should help you to prioritizing which enhancements are needed for a better user experience.

The level as well as the cost of app maintenance will largely depend on the functions and the complexity of the app itself. Other factors include how many different mobile platforms you’ve released it to, as well as who’s responsible for the updates.

As an example, some basic apps can be updated rather easily yourself or by your in-house staff, but most commonly, a company may need to outsource for support. There are sources, such as Bottle Rocket, who is a third-party developer who will offer maintenance plans for their customers for a fee. Also, if you have apps in the the Apple App Store, any upgrades or changes that you make, requires you to resubmit it for approval, which means it may take up to a few weeks for it to be re-approved.

User Feedback And Collecting Data On The App
There are numerous ways that you can gather feedback and information regarding your app including what the end users think. For example, the app stores usually has an online users ratings system in which those who are using the app will be able to give it anywhere from a one to a five star rating. These ratings are only beneficial to a certain degree however, as they are often limited information that isn’t actually that helpful other than a grading mark.

A much better feedback system can involve including a feedback feature built into the app itself, so that those who are using the app can offer their opinions on how to improve or tweak it. You can also collect feedback directly from your company’s Web site as well.

Depending on the degree of functions or who’s using your app, you may be able to get direct feedback or opinions from your users on a regular basis. For instance, if you’ve develop an app just for your own internal company use, then your employees who are the users can be a valuable source of information on the app’s performance, its usability as well as features.

Likewise, if your app happens to be developed for use by your clients, customers or those who you have an existing work based relationship with, you will more than likely get excellent useful first hand user feedback as well.

[ad#co-1]
The Marketing Of Your Mobile App
There can be a variety of ways that you can market your mobile app. The most successful methods for developers to get their particular app recognized is by being featured by Google or Apple, the device manufacturers, the mobile carriers or the various operating systems developers etc. This type of exposure will typically mean that the app is of superior value which takes full advantage of the particular mobile device’s hardware, such as the GPS chip or the on-board camera.

Beyond that, you can go the conventional online marketing and PR route in promoting that app. For example, the precise description of the functions of the app in the App Store needs to be exact, complete with screenshots showing off the app. Using viral marketing methods such as social media to generate some ‘buzz’ can always be helpful.

If an app happens to be useful as well as compelling, then user word of mouth will spread and go a long long way. There are plenty of app related blogs and websites, as well as tech magazines and even TV shows that’s willing and eager to hear your pitch regarding your app, and will provide coverage if they find it unique or useful.

The success of an app doesn’t necessarily begin or end when it launches. What you must be prepared for is the cost of development, the time along with the expertise that’s required for it’s upkeep, and ensuring that it will provide value as well as an excellent user experience.