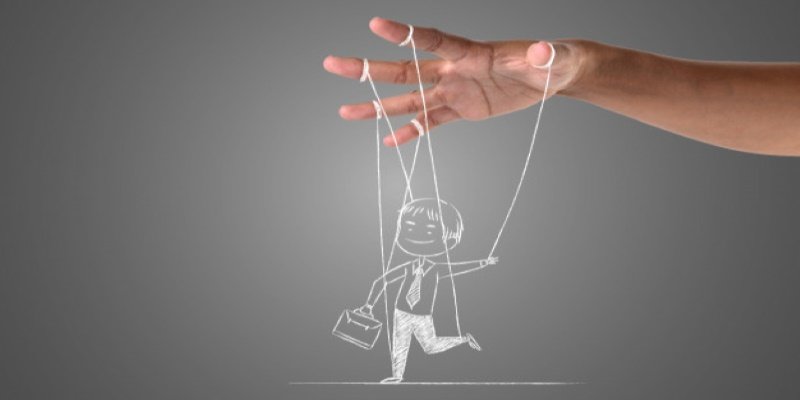 These are the people who has a need to control every situation in their life, along with the life of others to extremity. This usually stems from a low self-esteem, where they mask their anger pangs or insecurity, once challenged or argued. They’ll do anything to control you.

When it comes to these control freaks, most would considered it a personality blemish.

The control issues are often compulsive, obsessive, manipulative, passive aggressive, which are symptoms of a mood disorder.

They might be nice one day, then completely become irate the next moment once challenged, depending on their mood or how you treat them.

The reason being if they don’t dictate others, what they fear is their wellbeing will spiral out of control, and their precisely detailed lives would fall apart.

Traits Of A Control Freak

How would you recognize those who are constantly obsessed with having a need to control others.

You may know of a few, as these types are prevalent everywhere in all walks of life, and you can’t avoid them such as a coworker or sibling.

These individuals at times, don’t even realize or consider themselves to be control freaks until they’re told, and then become offended.

Since they demand a high level of control, those who are aware of being a control freak will manage their image.

These people feel more comfortable when in control of every situation, but are offended by the “freak” part, as they don’t want to be associated with having a mental disorder.

Traits Of Controlling Others

Most of these control freaks will often justify their need to control others by saying:

• “I need to be in charge because that’s my personality or responsibility,” or
• “Everyone depends on me because they’re so incompetent, and it’s me that holds everything together.”

The need to control every situation isn’t psychologically healthy, because there’s so much of life that can’t be controlled, and most realize doing so is impossible.

What’s then experienced is unneeded anxiety, because of the high bar and workload they set for themselves, which becomes difficult to reach.

So what needs to be recognized are the most common traits of a control freak.

Those with a need to control, will constantly correct others when they’re wrong, and will do so without fault.

They rarely agree with you once you say or suggest something, or will eventually try to convince themselves, and you, it was their idea.

They will make corrections while arguing or conversing, correct pronunciation or grammar, correct details on what happened in the past, correct bad manners, or if someone is rude or inappropriate.

There are hidden motivations on why they need to constantly correct others, but it’s usually because they think it’s their obligation, while they’re masking some type of personality deficiency.

Always Has The Last Word

Those who like to control find it difficult to have longstanding relationships, or even a mutual conversation.

The reason for this is because these controlling individuals persistently like to set the rules, and will constantly enforce them.

They act as if they’re better than you, more superior than others, and are determined to show everyone they’re capable and in charge.

They Will Never Admit They’re Wrong

Perhaps the most annoying trait of those who like to control, is their resistance to never admitting they’re wrong, and will never back off or say they’re sorry.

It could be the simplest most obvious issue to resolve, but these low esteem high controlling people don’t care how small or big the issue may be.

Their thinking becomes distorted to the point where if they ever did admit they were wrong, they would then look weak, or it could be used against them.

They believe others might then perceive them as being incompetent because of the error or spat.

What these individuals think is it’s all-or-nothing, that everything is right or wrong, black or white.

Anything in between becomes uncomfortable for them.

Those who are judgmental or constantly critical, are traits of someone who has a desperate need to control others. They’re extremely principled, and are highly opinionated.

They may become verbally abusive or give you that glare, as they tell you what to do, without giving an explanation or option.

They’ll offer solutions which are always in their favor, and not usually based on fact, often coming across as hypocritical.

What they’ll always do is protect their fragile ego, while thinking they’re a perfect person, as they’ll constantly focus on the faults of others,

They do so, at the expense of not addressing or improving their own dysfunctional personality.

They’ll push others to the brink, forcing them to react by taking drastic action such as getting punched in the face, and will then blame the other person for being inappropriate.

What they display is impatience, will get sullen or annoyed when challenged and play the victim card, or will dismiss or ignore the plea.

They’ll demand others to change their ways, this to correct their mistakes, as it’s never their fault.

They genuinely believe everything starts and ends with them, while shielding themselves from admitting they were wrong,

They cover their shame, while not bothering to take into account what anyone else is thinking. The most annoying part, is they’ll never say they’re sorry.

To Control The Control Freak

Those who has a tendency to control, will engage in a constant predictable series of behaviors which will frustrate and cause resentment in others.

They act the way they do, because they believe that’s how they need to accomplish their goals.

So if you yourself has any of these traits, then have the sense to take a step back and ask yourself if it’s really worth the turmoil.

Ask yourself why you need to constantly engage in these behaviors, for your own benefit.

If you know someone close to you who comes across as a control freak, make them aware by confronting and pointing out their disruptive behavior.

They might decide to eventually step back and adjust their attitude, or they might just continue their dysfunctional ways, just to annoy you.

How To Chose Your Next Life Path Before You Are Born