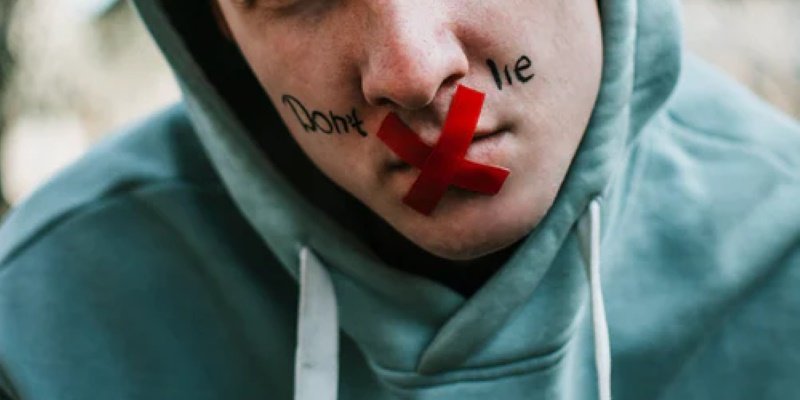 Is asking for honesty from others, friends and foes, really too much to ask for. Is this the reason why we put more validity on those who appear genuine, while avoiding those who are egocentric with a ”me” first attitude. The problem becomes, those who are deceptive think they’re actually being genuine.

So how do we detect, what the signs of those who exudes honesty? Do they appear more straightforward and look you in the eye, while a fake person operates on their own agenda.

What’s known is those who are 100% authentic at all times, cares about your opinions, this regardless of what they are.

What we’ll often associate authenticity with, are those who displays appealing positive traits, such as emotional resilience or strength of character.

The reason for this, is because someone being true to themselves, projects confidence and tenacity, which are traits we respect.

Those who are also on a trek for self-improvement and self-discovery, means they demand an effort of living a more authentic life for themselves, this by refining their habits, by making themselves more liked by others.

It’s found that moderation is the key, to not go overboard or be too extreme, but to remain in the boundaries of our personalities.

1.) – Genuine People Have Internal Rather Than External Goals

Real people spend their time introspecting and exploring their own beliefs, goals, ideals, and expectations. This because these answers sets purpose in their life.

Identifying ones beliefs isn’t easy however, since they usually conflict with the preset standards that are regulated by their families, work, community, or culture.

Authenticity is associated with standing out and standing up for yourself.

Real people take the time to know what their opinions are, before they speak. Then there’s no apprehension on sharing what their thoughts are with others.

How they decide to share these opinions, also matters to them. They’re comfortable presenting their ideas, without needing to convince they’re right.

They’ll just say what they need to say, and then move on.

3.) – Genuine People Pave Their Own Path

Being real isn’t about saying what you really think, but it’s also about how come across, as you take action on your convictions. Being guided by internal goals doesn’t mean follow others, to reach your goals.

Real people as a result paves their own unique path, when it comes to their purpose and their passions, often creating new ways to do so.

They also understand that taking risks comes with its pitfalls, and they’re prepared for that.

The reason why most will follow traditional routes, is because they think they’re safe and proven, a road map that is comfortable. Genuine people, would rather take the road less traveled.

They know taking a risk eventually enters the equation, which can also lead to failure. So what they do is embrace for it.

They invite failure as an integral part of their quest, a source of discovery, a method of eliminating what works and what doesn’t work. They treat failure as a lesson, and it’s never threatening to them.

To expose the truth, what’s needed is gauging your gut feeling, this by being completely honest with your beliefs and behavior, which includes facing all the negatives head-on.

Real people make it a priority, to recognize their deficiencies and acknowledge them, then take responsibility for their actions.

They own up to their failures and mistakes, which extends beyond how they view themselves.

Those who are genuine, would rather work on their own faults. They recognize but will not judge the strength or weaknesses of others, this by accepting them as who they are.

They have a fundamental understanding on the complexity of humans, so they refuse to treat others with preconceived expectations or bias.

This allows for better perspective, with more direct and accurate interactions and relationships.

Real people have strong self-esteem, which isn’t too high or too low. Narcissists are known to have extremely high self-esteem, but it’s also extremely brittle once attacked. Those who have low self-esteem, just crumble.

What real people are able to do is absorb and tolerate rejection, failure, and criticism at all times, treating them as building blocks. They also readily admit their faults, while accepting doubt, since they’re never threatened by their imperfections.

The definition of having strong self-esteem, is that it rarely wavers, while having the ability to absorb both negative and positive feedback. They acknowledge all the aspects of their character along with others, just to see where the pieces fit in.

8.) – Genuine People And The Leadership Connection

Real people who are able to grow and mature, are the ones who are often recognized, and then promoted to positions of authority, such as leadership and management roles in the workplace.

This usually without having any formal training, as their track record and presence is proof enough.

Although most will rise to the occasion and then function as expected, others may experience an adjustment period.

9.) – Genuine People Learn As They Grow

What genuine people who has natural leadership and management qualities will do, is avoid failing in their roles at all costs. They reset themselves everyday, to build on what they’ve learned in the past.

This is the reason why these individuals, who’s demonstrated competency and good performance in the past, are more than likely to grow and succeed into these leadership and management roles.

What they understand, is that leadership skills need to be learned, as they are different from content driven positions, and at times the learning curve might be steep.

What they have is belief in themselves, as they quickly learn on their feet and adapt to any new style or method. They realize that leadership is a quality they don’t fear, and are determined to overcome anything.

They’re likely to initially feel uncomfortable and intimidated by the expectations which are thrust upon them, but they have what it takes and will eventually conquer them.

7 Scientific Signs You Are Falling In Love