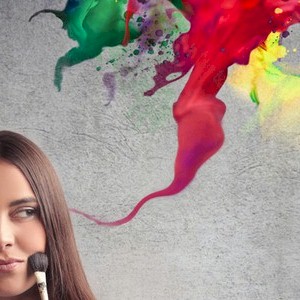 We are conditioned to live in a world of fierce competition, so we think, and it’s a highly valued trait for achievement, which is usually tied directly to personal growth, and heightening one’s self esteem.

Both women and men will compete on a daily basis for and with each other, developing the false belief that every value, every event is a strict competition, where there are only two outcomes, to either win or to lose.

For most of us, either of these two outcomes also don’t come that easy, as what they’ll do is hide other variations of danger. For instance, for some, what winning means is that someone may dislike you, and that losing can carry with it the inevitability of you hating yourself.

So how is it that we decide when it’s okay to compete, and when it can become a hazard. When is it healthy to do so, and when do you know that it’s not important enough or worth it.

Competition Is Engrained In Our Childhood
The majority of individuals think that their particular competitive actions and decisions go back to their childhood experiences. Sibling rivalry is always a big factor, fighting for that gleaming attention from mom.

We as children will inevitably feel resentment towards each other, our brother or sister, or towards the younger ones who usually gets all the attention, while the oldest generally gets all the freedom.

Why Not Create Instead Of Compete
What this strict competition does is it promotes individuals to fight among themselves. So they’ll go up against each other to get what they want. The problem is that they’re just fighting for that same limited space.

So why not think out of the box instead, stop competing with everyone else and begin creating your own vision. Instead of fighting, getting boxed in and competing with others, why not create your own reality.

Once you’ve created your own space, then you can call it your own, it’s yours to keep. You’ve stepped away from the crowd, from the masses who compete, and found a way to develop your own space that has no competition.

Becoming A Creator And Not A Competitor
You’re not going to get what you want by trying to beat out others. The attraction process doesn’t work by taking things away from them. It works more on giving you more of what you want to focus on, and desire.

So don’t annoy others, stop competing, never be deceitful, or drive hard bargains, just cooperate. Focus more on the things that you want, whatever they may be, and bring them into your life. Become a creator and not a competitor.

Don’t go pounding on others but instead build something and then share it. This isn’t about outlasting others or proving your point for your own good or glory. This isn’t about wanting to overpower others, trying to prove that you’re better, to seek more attention.

It works no other way that you creating your own outcome, the one’s which you focus on. It’s about all of the good things which you can create and then bringing them into your life, all by your own effort.

All that you’re doing is working in harmony with the formless substance that you’ve created, and not competing for.

Then Express Your Absolute Gratitude
Always give your complete gratitude once you’ve receive the vision which you created. It places you in the right place. As soon as you do this, you’ll feel absolutely great, and at calm with yourself. The most centered that you’ve ever been.

There is a fundamental rule of the universe which states that for every action that you take, it always leads towards an equal and opposite reaction. What you’re doing is putting this rule into effect to generate what you want.

Once you give your gratitude in advance, what you’re doing is promoting and then compelling that vision to become a reality.

There may be times when you’re in doubt. That you’re not quite certain that it’s working for you, or that if it ever will. When these situations arise, the only thing that you can do is feel gratitude.

What you’ll find is that your confidence will come flowing back into you. You’ll begin to feel great once again, that you’re on the right path that you should be on.

A Competitive Or A Creative Mind
So know if you are of the competitive mind or if you have a creative mind. If you’re looking to develop new passages in your life instead on treading on the same one’s that everyone else is.

What you need to do is know the steps to create a basic success formula if you’re interested in attracting more abundance and prosperity into your life. One core concept is learning to do things in a certain way.

Your Competitive Mind
The competitive mind is a place where you reside the most in your daily life, and everyone else around you also thinks the same way. It’s the belief that everything is scarce, that times are tough, and about to get tougher. That there must be a winner and a loser. There’s a natural sense of distrust in everything that you think and do.

When you think the competitive mind, the focus is usually exclusively on yourself and nobody else. You’re completely focused on how you will benefit, stand out, or stand to benefit on what’s in it for you.

You’re not focused upon others or what they’re thinking. You look to do the least, the minimum that’s required, always for yourself, to get the result that you want.

But having a creative mind is one which is in complete harmony with the natural state of what’s happening. What doing so operates on is from the perspective of purpose and infinite abundance, increasing the benefit of everyone involved. The creative mind is focused completely on helping and serving others.

Those Favorite Tasty Foods Which Are A Danger To Your Health